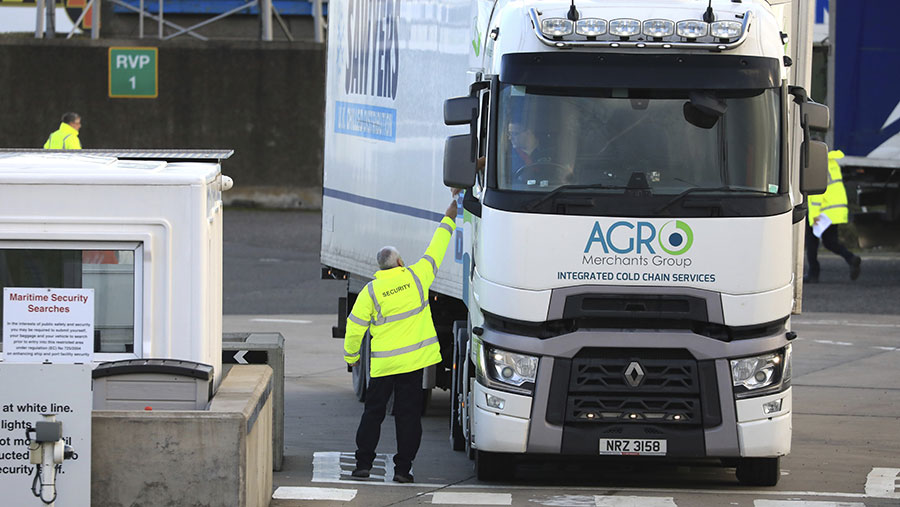 A few weeks after finally leaving the EU’s single market, the most publicised event – in terms of UK food exports – was video footage of ham and cheese sandwiches being seized from lorry drivers as they disembarked from a ferry arriving in Holland from the UK. A laughing Dutch port official is filmed saying: “Welcome to Brexit, sir. I’m sorry!”

However, more important to UK farmers will be how trade in agricultural commodities develops between the nations that make up Great Britain, rather than exports to the EU.

With Northern Ireland remaining within the EU’s single market, the UK “single market” now consists of England, Scotland and Wales.

See also: Deep BPS cuts will be hard to recover in full

Or does a Great Britain single market exist at all? One of the great unforeseen consequences of Brexit has been to open the Pandora’s Box of the devolved nations being able to develop their own farm standards and environmental policies entirely separate from England.

These powers were given by former prime minister Tony Blair under the devolution settlement back in 1998, when granting autonomy in these matters was meaningless, because Brussels insisted on EU-wide rules and food production standards.

But with EU regulations now no longer applying to Great Britain, Wales and Scotland have the freedom to devise their own food, farming and environmental policies.

As to where this might lead, the mind boggles. Divergence from England could include the retention of direct payments to farmers in, say, Wales.

Or maybe Scotland alone will prohibit the use of certain systemic pesticides such as neonicotinoids? Or, as seems distinctly likely, perhaps only England will approve the cultivation of GM crops, while Scotland and Wales will retain the EU’s existing ban. Who can say?

Defra secretary George Eustice seems confident that divergence will not be a problem.

On a recent edition of BBC Radio Four’s Farming Today programme, he stated that if, in the case of GM, a crop is approved for cultivation in one country, it can be sold in the other two and they have no right to prevent it.

In the case of something as controversial as GM, I suspect it would quickly be tested in the courts.

But, even if Mr Eustice is correct, it’s only a small part of the difficulties that farm policy divergence will cause.

If, for example, animal welfare standards vary between countries and Welsh poultry farmers have to house their birds at lower densities than their English counterparts, how could they be expected to compete?

Similarly if, say, the Scottish government reintroduces substantial livestock headage payments (they have never entirely given them up) for ewes and beef suckler cows, how could English and Welsh red meat producers not be undercut?

The Scottish government makes no secret of its disgust at having been dragged out of the EU against its will, so it is likely that it will take full advantage of any rights to determine its own food policy.

Similarly, it seems likely that the Welsh government will choose to flex its muscles and chart its own course on farming.

Whether lorry drivers crossing from England into Scotland will ever be filmed having their ham sandwiches confiscated by a customs official – with the words “Welcome to Scottish regulations, laddie. I’m sorry!” – I have no idea.  But I wouldn’t rule it out.