Let’s get one thing straight: I’m well used to being called all sorts of names.

You don’t endure the full English boarding school system of the 1960s and 70s as a fat, ugly, ginger schoolboy without being told on a regular basis that you were fat, ugly and ginger. And that was just by the headmaster.

But since 23 June, name-calling has swept back into fashion, and we “leave” voters are getting the abuse. Sadly, a lot of it has come from fellow farmers. 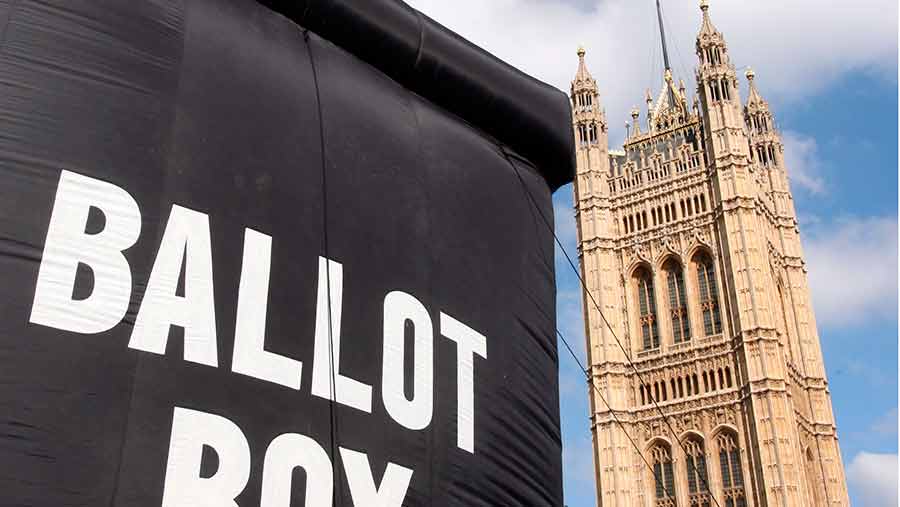 These farmers aren’t the silly, snowflake Millennial Facebookers, squealing about Brexit “stealing their future” – but who forgot to actually turn out and vote.

No, these are captains and figureheads of our industry: innovative, diversified and clever. However, despite these excellent scholarly qualifications, they are completely unable to grasp that many farmers don’t think of the EU as they do.

They think we’re “xenophobic” and “anti-immigration”. Now, if I remember my Ancient Greek correctly, calling us xenophobic means they think we hate or fear all things foreign. This is, of course, nonsense.

We Flindts are relative newcomers to this country, only arriving at the end of the 18th century. We hail from Hamburg. I’m married to an Ulster girl whose family can track their roots from Scandinavia via Scotland. I don’t hate or fear anything foreign.

By the same token, it would be hypocritical of me to be anti-immigration. I exchange good-natured insults with my Polish postie about why the combine breaks down.I blame its builders back in Plock, he blames my driving.

We were blessed with a wonderful Croatian who helped us when the children were tiny, and still translates songs for us during Eurovision.

But let’s differentiate between immigration and uncontrolled immigration. The former brings in Flindts, posties, foxy Croatians and staff for labour-intensive growers. The latter seems to beckon those whose intentions towards their new country are less than magnanimous.

We need Brexit to control the borders, not shut them.

So why else did I vote for Brexit? Let’s quote Tony Benn: “If you cannot get rid of the people who govern you, you do not live in a democratic system.”

The EU commissioners, who make many of the rules by which we have to live, are unelected. The people who brought me up and educated me went through rather a lot to ensure we were ruled by people we could be rid of via the ballot box. I await the system by which we could, if we so wished, be rid of Phil Hogan.

If I had paid more attention during those Ancient Greek lessons, I could have told you what the Greek is for “fear of being ruled by the unelected” and you could have called me that – but not xenophobic. “Democrat” is probably close enough.

But let’s get back to farming: when a BAP replaces CAP, we will still have rules and regulations (tens of thousands of jobs depend on it, don’t forget) but, if imposed by people we have elected, I can have no complaints.

By then, food production may be back in fashion, and the subsidy cheque may be relatively insignificant. Who knows? Farming is uncertain. Every seed in the ground is a gamble. But my rulers will be elected.

So don’t call me a xenophobe, or a racist or anti-immigration. Because I am none of them. Is that really so hard for the great and the good of farming to understand?