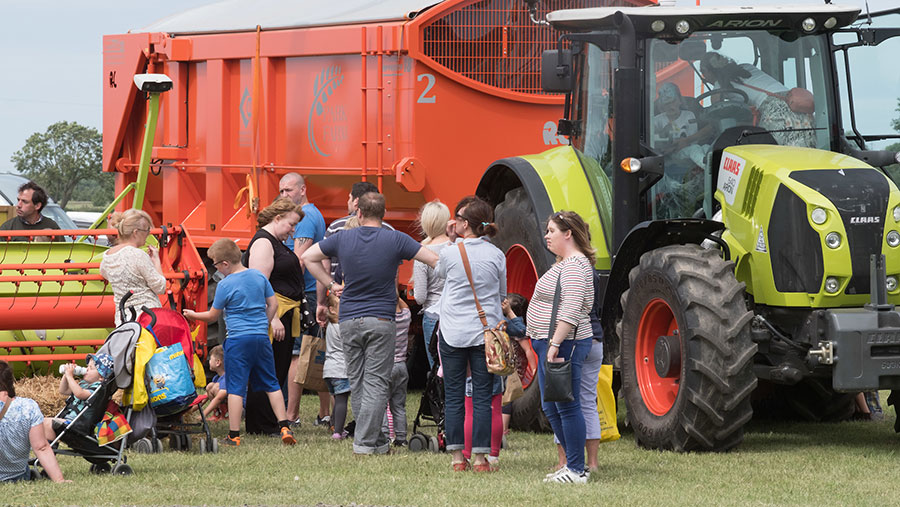 Farming has always had an uneasy relationship with the media.

Almost exactly a century ago, the newspapers of the time were suggesting farmers had profiteered from the First World War.

While it was true that farmgate prices had risen due largely to the U-boat blockade, many disgruntled farmers furiously pointed out that what these stories overlooked was the crippingly low prices that had decimated farm production before the war, thus making the country dangerously over-dependant on imports.

At its 1919 AGM, the NFU was called upon to rebut these smears and to “educate the townsfolk”.

The response of the then-recently formed union was to set up a ‘Propaganda Committee’.

A few years later at the 1928 NFU AGM, we got the first complaint from members about an anti-farming bias at the British Broadcasting Corporation.

When you consider the BBC had only been formed one year earlier in 1927, you realise relations between farming and the national broadcaster were unlikely to always be smooth.

Almost a hundred years on, farming issues are still being reported in a selective manner in the media and farmers are still rightly complaining.

While such complaints are well-founded, we need to remember a few factors in the heat of our angst.

First, the approval ratings for farmers in opinion polls remains remarkably high, at around the 80% mark.

We are up there with doctors and nurses. We are not down in the basement of unpopularity with estate agents and politicians.

I often need to remind myself of this as my blood pressure rises when I witness yet another broadside of vilification in the media, painting me as some sort or wrecker of the planet.

Second, we are not the only profession or social group that feels hard done by in the way we are sometimes portrayed.

A quick peruse of the complaints page on the BBC website is a reminder that there are plenty of others gnashing their teeth in an aggrieved manner.

Finally, it needs to be remembered that the non-farming public are not under some sort of moral obligation to understand farming.

This was brought home to me by my daughter, who is a civil engineer.

As is often the case, I was fulminating about how ‘pig ruddy ignorant’ most of the non-farming public are about where their food comes from.

My daughter pointed out to me that every day I use a myriad of things like roads, bridges and electricity without a clue or care as to how these services  make my life easier and better.

It was a good point that shook me out of my self-pitying.

Farming is a very visible industry that will always court an element of controversy because as a profession we keep animals, we shape the countryside and we impact on the environment.

These issues will always attract curiosity and sometimes complaint.

It is really important that, as farmers, we meet that curiosity halfway with positive messages about ourselves.

It is vital we work with the media to help them report us in a balanced and fair manner.

But sometimes we need to step back to remember most people tend to like farmers.

It’s something I get a little reminder of when I’m moving my combine around narrow public roads.

As I give people a friendly wave to thank them for pulling over to let me through, most give me a friendly wave back, when actually they might be justified to make other gestures as I bulldoze past on their side of the road.

As a philosopher once said: “See yourself as others see you, not just as you see yourself.”