We have a new Defra secretary in Andrea Leadsom who is convinced that farm subsidies must be abolished.

Ms Leadsom’s convictions are alarming, so let’s hope that, once she is more familiar with her new brief, she can be persuaded to moderate the absurd free-trade rhetoric and concentrate more on realising British agriculture’s true potential.

As it happens, I have just visited a country whose agriculture could be used as a model for Britain.

See also: Read more from all our columnists

This foreign land is not particularly large, but is the second-biggest agricultural producer in the world (after the US) and exports £22bn worth of produce annually. 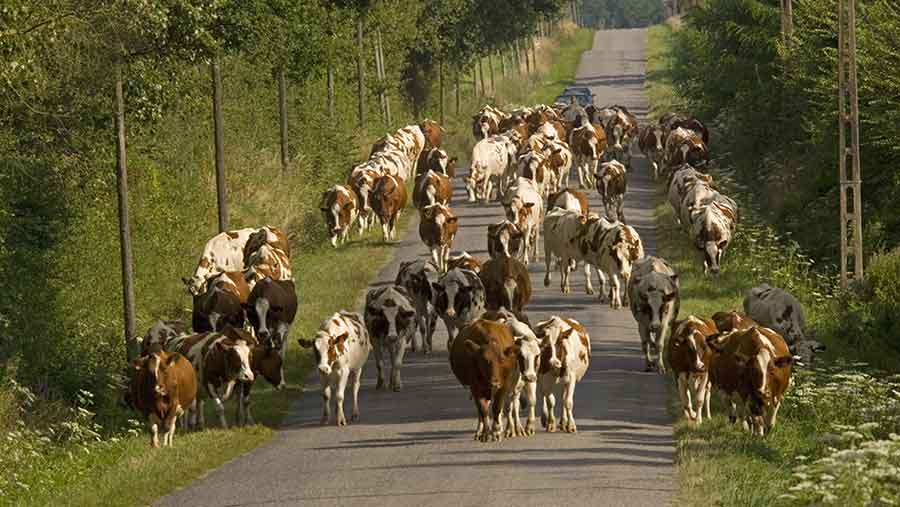 It has the most productive and mechanised agriculture on earth, with only two percent of its population living off the land.

Ms Leadsom might be surprised to learn, therefore, that this very efficient and productive agricultural powerhouse does, nonetheless, subsidise its agriculture through direct payments.

But, unlike in Britain, where we have a hideously complex direct payment called the BPS, this country has a system that is very simple to administer.

So simple, in fact, that the government keeps all farm maps on a central computer and, once a year, invites the farmer down to the local administration centre to agree the farm boundaries.

The claim is then submitted and lodged. No forms to fill in. No expensive specialist land agents to pay or anything like that.

The other thing our new Defra secretary should know about this farming superpower is that it makes a very deliberate effort to encourage young farmers into the industry.

The government backs cheap long-terms loans for farmers if they are younger than 40. To qualify for these loans farmers have to go through a rigorous agricultural education, but that’s OK because the government pays for that too.

Then there is the objective of making the lives of farmers as easy as possible to make farming an attractive career.

In Britain, red tape is often supported by busybody farm unions who advocate idiotic farm assurance schemes that mean nothing to anyone, cost farmers tens of millions of pounds in levies and only confuse consumers. But in this mysterious country I have just visited, the government is so mindful of farming, farmers don’t feel the need for a union.

The philosophy of everyone there, from government departments down, is for things to be made as easy and as simple as possible for farmers.

Fines and deductions by the grain and the meat trade are discouraged and farmers receive government support to maintain a strong and successful co-operative movement with heavy downstream investment in food manufacturing and branding that adds value to farm produce.

Even the co-ops themselves are said to run on much more friendly lines than they are in Britain.

Nearly all combinable crops are stored by co-ops and whatever the moisture content of the rape, say, or the add-in mixture of the grain, there is no drying charge or deduction – indeed at many co-ops the only sample taken is as the lorry tips.

Co-ops even offer interest-free loans to new entrants until they have started to sell their first produce.

The new Defra secretary is obviously very busy devising a future for English farmers post-Brexit and trying to understand just how proposed free-trade agreements with the likes of Australia and China might work.

But even if she is not interested in mimicking the farm policy in the country I have detailed, she may have no option but to do so.

The country is, of course, France and unless Britain matches her subsidy for subsidy, cheap farm loan for cheap farm loan and, at the same time, lightens the regulatory burden of British agriculture, we don’t stand a chance after Brexit.