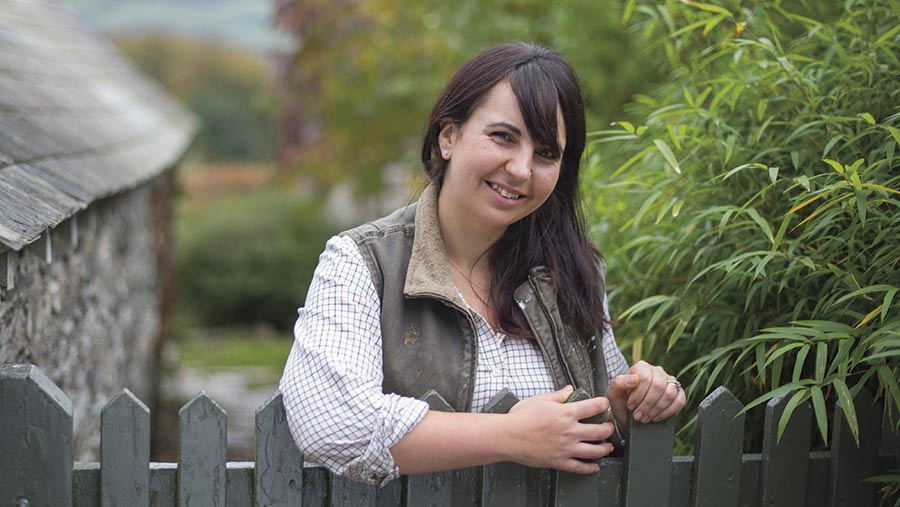 There is one phone call that is always guaranteed to ruin my day.

It’s that well-meaning neighbour who calls the landline “just to let you know” they’ve seen some cows on the road and wondered if they could be yours.

Of course, they always belong to me.

I’m sure our cows are some genetic throwback to stone age aurochs – too wild to be contained by any mere fence.

I received one such phone call on 6 June, not 10 minutes after completing the school run.

I was just about to grab a cup of tea before starting on the laundry and I got the call – “cows out at Boars Bridge”.

Cue a mad dash to throw the protesting kids back into the car and a procession of calls to the neighbouring farmers to see if anyone could give me a hand.

Every call went to voicemail, William was relief milking five miles away with no mobile signal and I rocked up at the bridge to find half a dozen belligerent bovines causing a traffic jam as they mooched around the junction eating out of the hedge.

I could hear the other 40 or so cows causing a racket in the woods and the calves, who had been abandoned by their irresponsible mothers, going crazy, still stuck in the field.

A few kindly chaps excitedly offered to help with the “round-up”, but intuition told me these John Wayne-wannabees would be about as useful as a chocolate teapot, so I declined their offer of assistance on health and safety grounds.

I shouted a few obscenities at the cows on the road and succeeded in at least getting them up into the woods with the rest, so the commuters could go on their way. No doubt they soon updated their Facebook statuses with selfies in front of the wild cows and suitably witty captions about crazy female farmers (God, I hope I don’t end up on YouTube).

Thankfully, one of the neighbours was home and she kindly watched over the kids, abandoned in the car, as I strode off into the woods, stick in hand to sort out the mess.

If there is one place that you never want to have to deal with escaped cows, it’s Boars Bridge woods.

It is almost vertically steep in places and thick undergrowth makes walking through it exhausting.

I walked right to the top to open the field gate – only to find it already wedged open, I’m assuming by some halfway intelligent local who perhaps hoped the cows would put themselves back in once they realised they had left their babies behind (fat chance).

So, I walked back down the hill and started calling the cows.

To get them back up the lane to the field, they had to walk about a quarter-mile back down the hill, down a bank and into the lane, before walking back up the very steep track – but it soon became apparent that I wasn’t going to convince them on my own.

Aware that I’d now been stomping around the woods for the best part of an hour while a nice lady was playing “I Spy” with Teddy and Lydia who were still stuck in the truck, I threw a few more expletives at the cows and drove them deeper into the woods away from the road and made a tactical retreat.

I returned a couple of hours later with William, having managed to palm the kids off on my mother, by which point the cows seem to have changed their attitude and were starting to show some concern for the whereabouts of their offspring.

A few stern words from William and we finally managed to drive them back up the hill and into their field.

We inspected the field boundary, assuming the previous night’s gale had perhaps brought a tree down on the hedge, so facilitating the escape, but found no sign of any new hole.

We concluded the high winds had somehow blown the gate open and had a heated discussion about who was going to trek back down the hill to fetch some baler cord from the truck to sort out the gate. We called a truce and went down together.

By that point, we realised that we were missing a few who had jumped in with the bullocks on the other side of the valley.

I just couldn’t face walking back up the hill again by this point so we managed to split them out of the bullock group and on to the road from where we were able to gingerly guide them through someone’s driveway and into the field by a different entrance.

By 8pm, we had the whole sorry mess sorted out, thanked the neighbours who had offered help and went back to the other end of the woods to reopen the gate I had earlier dragged across the footpath to prevent the cows from wandering up on to the school field.

I finally staggered into the house to a most welcome sight. Mum had bathed and put the kids to bed and cleaned the kitchen and lounge and made me a cup of tea as I collapsed in an armchair.

All in all, it was a fairly normal Tuesday.