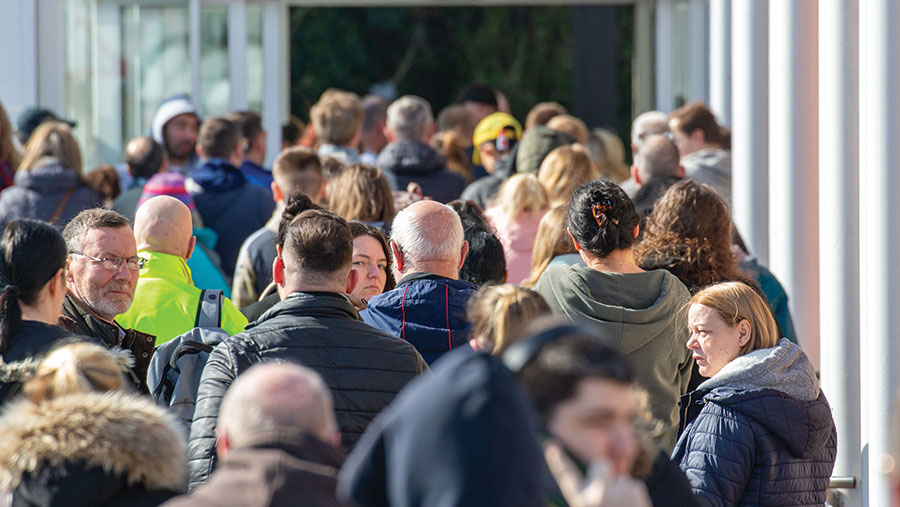 Queues of supermarket shoppers during the coronavirus pandemic are a stark reminder that feeding people should be right at the centre of government policy, argues Peter Kendall.

The former AHDB chairman – who stepped down after six years at the helm last month – says the government is, of course, right to prioritise the fight against the virus.

But in the longer term it should do more to back British farmers and help raise UK agricultural productivity and competitiveness.

Massive amounts of government money are being invested in research and development – but often it is not particularly well-targeted, he says.

It is also critical for the government to encourage more investment in farm infrastructure and buildings. 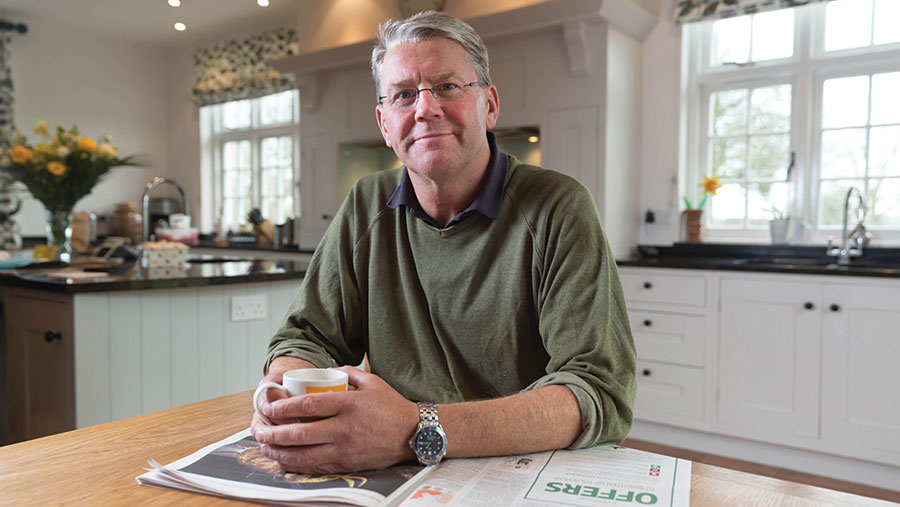 “Bluntly, we haven’t seen the advances in UK competitiveness I would have liked, ” says Sir Peter, who highlighted higher productivity as a key aim during his tenure when he was appointed AHDB chairman back in 2014.

Despite big efforts, the UK continues to lag behind countries such as Germany, France and the US – with the AHDB suggesting that the deficit in agricultural productivity has cost farmers and the UK economy more than £4bn in lost income since the start of the century.

Too often, though, the government’s past approach to tackling challenges – such as declining farmland bird numbers and the need to reduce antibiotics in livestock production – has been to focus on “farming less” rather than farming in a better way.

“The challenge should have been how do we invest in smart agriculture,” he says, adding that the government should have a more ambitious outlook for the sector. “The focus was too much on stopping doing things rather than how we can do things better and smarter.”

While the government needs to take its share of the responsibility for this, so too should farmers, believes Sir Peter. It would be wrong, for example, to expect public investment in agriculture unless farmers are willing to invest in their own businesses too, he says.

“Business is about managing change – and farming is a business, so we have to be adaptable,” he says. “We need to be careful not to suggest for a moment that the UK productivity challenge in agriculture has lost ground on our key competitors because it is someone else’s fault.”

Sir Peter argues that a massive step change in productivity growth is the key to unlocking a successful future for the industry – as outlined in a report by the Agricultural Productivity Working Group he chaired earlier this year (see “Report outlines pathway to improve productivity” below).

“I am optimistic in terms of the five key areas of recommendations that the government is listening, but it will need an ambitious and determined government to – I hope – work in partnership with the industry to make those recommendations come alive.”

Part of the problem is that too many farmers overestimate how well they are performing. Key to resolving this is for UK agriculture to become more data driven – providing farmers with a simple way of measuring their business performance.

This should be seen as a positive starting point to improve farm businesses – enabling producers to understand how they are performing. “A league table that shows me how I am performing gives me nowhere to hide. It isn’t a stick to beat me with.”

The role of AHDB chairman is apolitical. And Sir Peter acknowledges that his strong opinions made it a “perpetual challenge” to keep his mouth shut when it came to voicing his frustration at the government’s attitude to agriculture.

There were times he felt he had to speak out – and did so. They include delivering the annual Shuttleworth lecture in 2018 – which he used to warn that the government’s proposed agricultural policy threatened to make Britain more reliant on cheap food imports.

Two years on, Sir Peter says he is even more alarmed that British farmers could see their efforts undermined by imports produced using methods that are illegal in the UK – a situation that would be “absolutely bonkers and insane”.

Treasury rules and bureaucracy are also a “pain in the backside” – including the government’s apparent reluctance to sign off on funding for a meat promotion campaign, which triggered the resignation of AHDB Beef & Lamb chairman Stuart Roberts in 2015.

Sir Peter believes farmers, rather than the government, should have the final say on how their money is spent. And he would be prepared to go further. “I would like a system where levy payers are able to vote on whether they would like levies to carry on in the future.”

A vote every five or six years on whether levies should continue – and how they should be spent – could see increased support for the AHDB’s work, he adds. It would encourage people to feel more part of the organisation, because they have had a say in how it works.

Whether this will be an outcome of the government’s long-awaited review into the future of the AHDB remains to be seen. But Sir Peter suggests farmers can expect to see a change in course for the levy board rather than a small nudge on the tiller.

It would also be good to see some levy money ring-fenced for broader cross-industry issues, rather than it all being spent within specific sectors. “Not having one strong AHDB to address the big challenges – that was the frustration that got to me most over time.”

A massive step change in productivity growth is the key to unlocking a successful future for UK agriculture, says a report by a working group chaired by Peter Kendall.

Published by the Food and Drink Sector Council’s agricultural productivity working group earlier this year, the report recommends five steps to overcome the productivity challenge that has long faced the British farming industry.

Higher productivity would help the farming industry compete in a more globalised market while delivering consumer expectations and adding value to the economy, says the report. It would also improve the sector’s sustainability by helping to reduce its environmental impact.

The government is due to respond to the report.