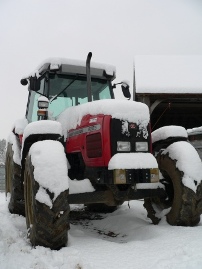 Fresh snowfall has hit Britain’s farms bringing disruption across an area stretching from Somerset and South Wales, across into the Midlands and up into Scotland.

NFU Mutual says it is getting a lot of claims for vehicle accidents in the snow and ice – and has warned that cut backs on gritting roads may have implications for milk collections.

To date, the claims are for cars, tractors and commercial vehicles which have skidded off the road – or into each other.

Tim Price, spokesman for NFU Mutual, said the high level of accidents showed it was worth repeating advice to drivers of all types of vehicles to slow right down when there is snow or ice about.

The company was are very concerned about reports today that some local authorities are running short of road grit and are leaving some rural roads untreated, he said.

“There’s a real danger that country people who are used to roads near their farms and homes being gritted will get into difficulties if they haven’t heard about the cutbacks.

“The cut backs in gritting may also cause problems for milk collections.”

This winter’s cold blast has also brought a huge rise in claims for burst pipes. NFU Mutual is finding that people who have ‘gone  green’  and  fitted extra insulation  in  their  lofts  are  particularly  vulnerable as they are at greater risk of damage to pipes and tanks in their roof spaces.

The Met Office has warned that beyond Thursday (5 Feb), the outlook remains rather wintry with further spells of rain sleet and snow for parts of the UK on Friday and through the weekend.

Forum users have continued to upload their snow pictures to the website. Here are some examples: 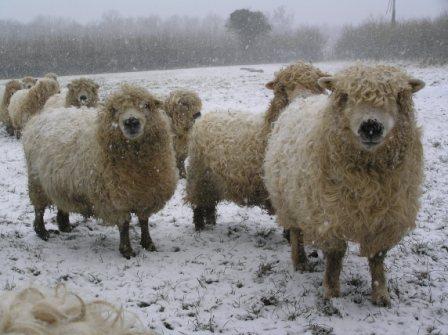 A flurry of activity…Forum poster Crazysheep took this picture of her Greyface Dartmoor flock in the snow in Dorset. 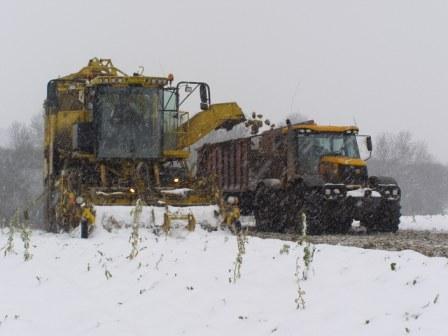 Just another day…Lifting sugarbeet after four inches of snow in Cambridgeshire. Caterpillar95, who uploaded the pictures to the gallery, said the ground was not frozen and the harvester coped well in the conditions. 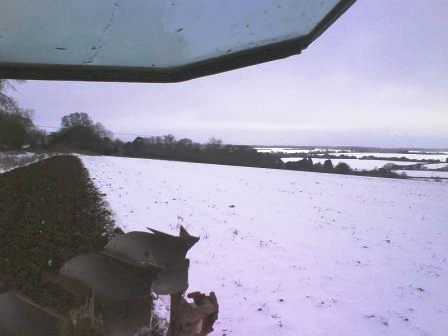 Snow plough…Hampshire farmer Charlie Flindt thought he’d try some (very late) winter ploughing in the freezing conditions and reports that it went beautifully. Picture taken from the top of the hill in Hinton Ampner (where the Roundhead cannon were sited for the Battle of Cheriton), looking NW towards Tichborne.

You can view more snow pictures – and add your own – on the February Snow gallery. You can also share your experiences in the snow on the forums.