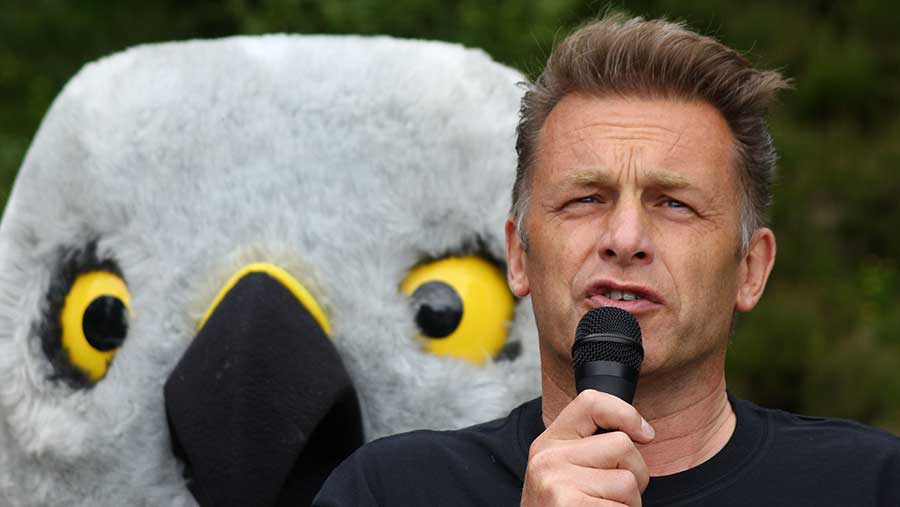 A petition calling for TV presenter Chris Packham to be sacked from the BBC has attracted more than 40,000 signatures.

The online petition, launched by Andrew Hayes, states: “As an employee of the BBC, Chris Packham should remain impartial and keep his views and beliefs to himself.

“However, he is the face of many anti-hunting campaigns and uses his celeb status as a platform to push his anti-hunting agenda.

See also: General licence to shoot corvids to be revoked

“He has made his goal to ban all kinds of hunting, and country sports and pursuits and I feel he is no longer fit to work for the BBC.”

Mr Packham, 57, is a presenter on the BBC nature series Springwatch, Autumnwatch and Winterwatch and he also appears as a host on the corporation’s Blue Planet Live series.

He is a key figure behind legal outfit Wild Justice, which has successfully campaigned for an end to the general licences that allow farmers,  gamekeepers and pest controllers to shoot wood pigeons and corvids that damage crops or attack lambs.

From Thursday 25 April, it will be illegal to kill any of the 16 bird species such as jackdaws and magpies, without applying to Natural England for an individual licence.

The Countryside Alliance has repeatedly called on the BBC to sack Mr Packham over his outspoken views on fox hunting, badger culling and the plight of hen harriers, which are regularly aired on his Twitter account.

In January, the Countryside Alliance said Mr Packham’s campaigning “has long been a thorn in the side of BBC impartiality”.