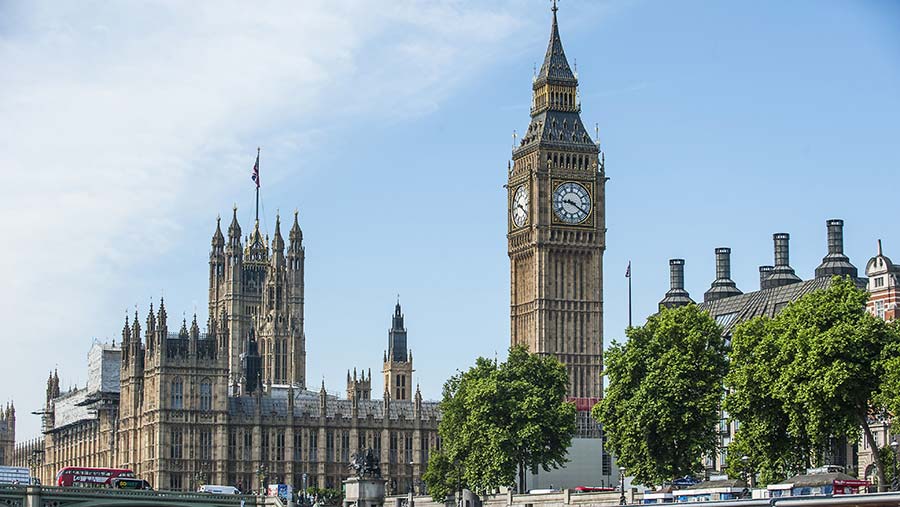 Scotland and Wales have warned the UK government against taking sole control of agricultural policy post-Brexit.

The Scottish and Welsh governments said the European Union (Withdrawal) Bill should be amended to prevent the UK government taking control of what is a devolved policy area.

At the moment, Scotland, Wales and Northern Ireland are each responsible for agriculture in their respective countries.

First Ministers Nicola Sturgeon and Carwyn Jones have jointly written to Prime Minister May saying amendments to the Withdrawal Bill are needed to respect devolution settlements.

Both governments said they could not recommend giving consent to the Withdrawal Bill unless it is substantially changed in a number of areas – including agriculture.

“We have said we are willing to co-operate with the UK government but this cannot mean allowing Westminster to drive a coach and horses through the devolution settlement.

“At present that is what the EU Withdrawal Bill does. The UK government will take control of all policy areas exercised at EU level – whether they are devolved or not.”

Mr Russel said devolved policy areas, such as agriculture, must return to the Scottish parliament before Scotland could work towards an agreement.

“It is perfectly possible for UK-wide frameworks to be agreed, but they must not be imposed by the UK government with no respect for the founding principles of the devolution settlement.”

Wales’s First Minister Carwyn Jones said the governments had to work together to ensure that the UK left the EU with as little disruption as possible.

“One government cannot simply hijack powers from the other two,” he said.

He called for amendments to the EU Withdrawal Bill that would enable progress to be made among the governments in a way which respects devolution.

“We want a bill that works with, not against, devolution,” said Mr Jones. “Until that point is reached, we cannot give it our consent.”

Responding on behalf of the UK government, First Secretary of State Damian Green said 175 policy areas currently controlled by the EU are now coming back to the UK.

Mr Green said: “We want to continue to work with the Scottish and Welsh governments to make sure we are all ready to take on these new responsibilities when we leave the EU.”

He said it was important to work through the lists and find areas where a common UK or GB approach was needed, as well as areas where it made sense to transfer powers direct to the devolved governments.

“When it is better to devolve then that is what we will do, as we have done for the last 20 years.”

Mr Green said the UK government was ready to listen to those who offered improvements to the Bill – but would will do nothing that risked undermining the benefits of the UK. “Cardiff, Edinburgh and Belfast will receive more decision making powers as a result of this process,” he said.

“But the UK government will not risk our internal UK market, or make life more difficult or more expensive for UK companies, workers or consumers.

“We all observe the same broad EU rules now.

“Doing things four different ways – in England, Scotland, Wales and Northern Ireland – will not be the best way if it adds costs to companies and customers across the UK. “I hope and expect that we can make progress in the talks that are planned for the coming week.”