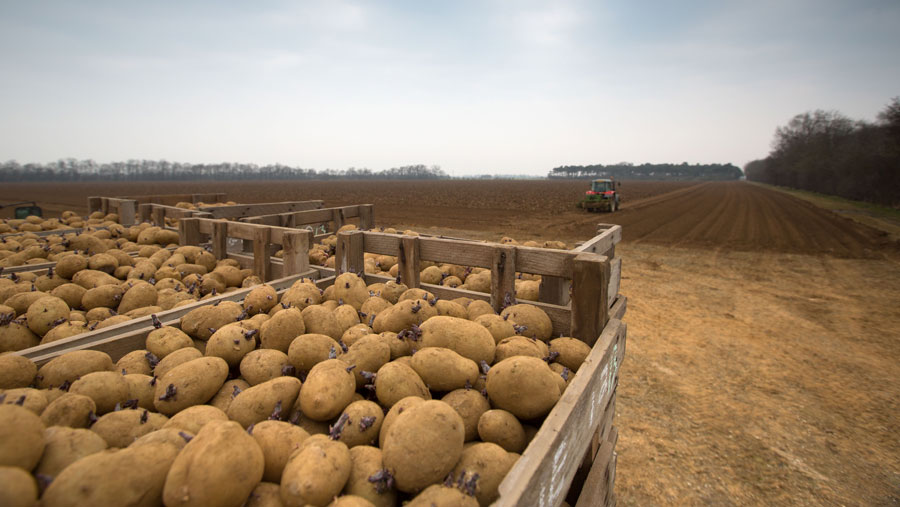 Nine seed potato growers in Scotland have joined forces to better support and develop the sector, as the ongoing post-Brexit ban on selling seed potatoes to the valuable European market continues to frustrate industry leaders.

With the demise of AHDB Potatoes, the new Seed Potato Organisation (SPO) wants to fund research and innovation, represent the views of growers, and present evidence to governments, expand markets for produce and protect the future of the sector.

The SPO is recruiting more growers and wants to hear their views about how the organisation should be run.

Full membership with voting rights will be open to all growers. Each member will pay a proposed joining fee of £2,000 to get the group up and running – a loan that will be repaid if the member leaves.

Members will then pay an annual fee based on area of seed grown.

Aberdeenshire grower Mike Wilson said: “After AHDB, we realised we need an organisation run by seed growers for the benefit of seed growers, to provide directly relevant, value for money activities.”

The creation of the grower co-operative comes as frustrated industry leaders said the UK and EU “remain at loggerheads” on the trade of seed potatoes.

The trade and co-operation agreement with Europe, which is part of Brexit, failed to agree equivalence on seed potatoes. This has led to significant prohibitions on Scottish seed exports to the EU and Northern Ireland.

Amid concern about global food security, Mr Kennedy said it was disappointing a resolution could not be found.

“In the meeting, we made it abundantly clear that the prohibition on the import of GB seed potatoes into the EU cannot be justified based on current plant health and marketing standards in either the EU or UK,” said Mr Kennedy.

“Urgent action is now needed by the EU Commission and the UK government to agree a new model for two-way trade in seed potatoes between GB and the EU, and Northern Ireland.”

David Michie, NFU Scotland policy manager, said he was concerned the UK seed potato market would be disadvantaged further if Defra accepts requests by Denmark and France to export their produce to the UK.