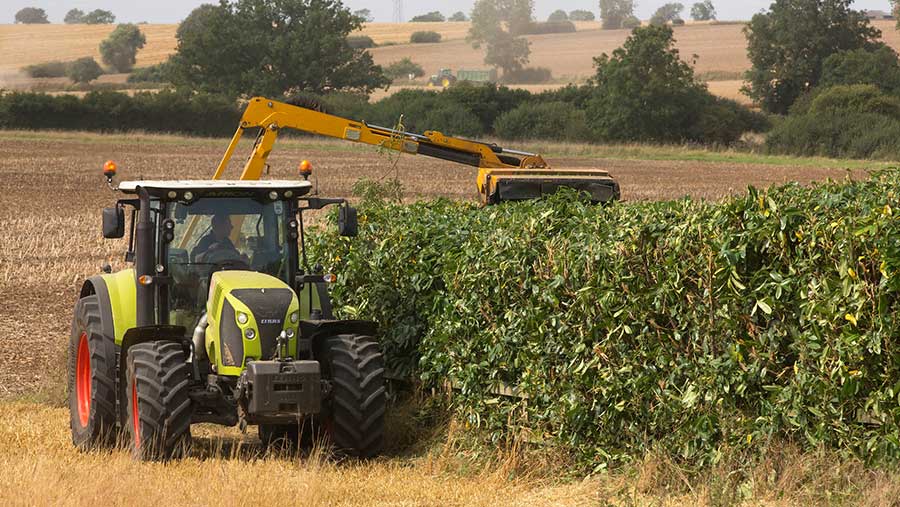 The annual ban on hedgecutting returns in two weeks and contractors have been flat out completing work before the six-month shutout.

Defra’s 2015 decision to ban farmers from trimming hedges on arable land throughout August was taken to ensure compliance with EU nature directives.

It was taken without consulting the industry and many farm organisations, including the NFU and the Tenant Farmers’ Association, maintain that the extension is unjustified and not supported by impartial scientific data.

Wildlife groups such as the RSPB insist the August cutting ban must remain, to protect endangered species, such as yellowhammer which it claims nest well into August.

However, the ban is harsh and it does not consider other factors, such as regional differences, an increase in raptors, domestic cats and fewer food sources in Africa for migrating birds that travel to the UK.

Defra hasn’t produced a shred of evidence to show any environmental gains and the ban feels disproportionate to the extra cost and inconvenience it causes farmers.

If, like us, you think it is time for a rethink, please sign our petition below. We want to send Defra a clear message that the time for change has come.