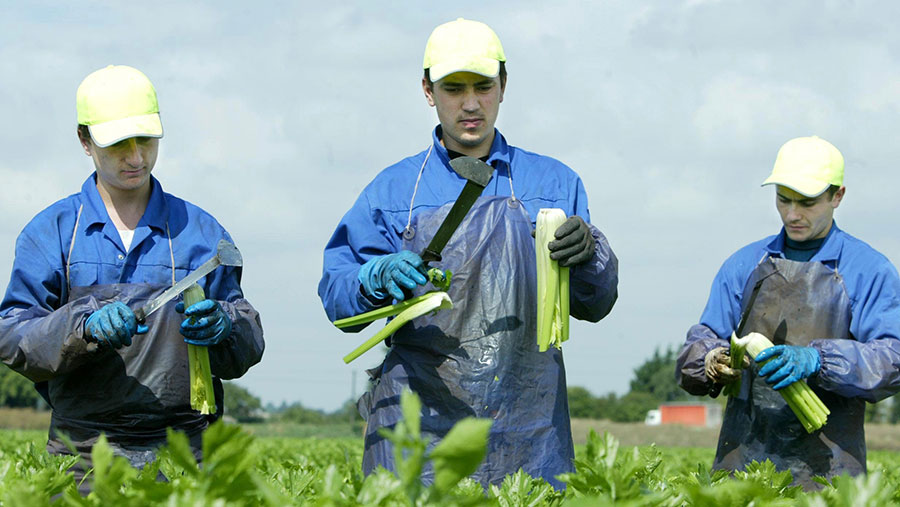 The number of Eastern Europeans looking for UK farm jobs has fallen by more than one-third – fuelling fears British farmers face a shortage of workers.

Google searches by Romanian, Bulgarian and Polish citizens for agricultural jobs in the UK dropped by 34% in the past year, according to the analysis.

The fall in interest from abroad in UK positions had not been matched by an increase in searches for agricultural sector jobs in the UK, they said.

Bulgaria saw the largest drop, with 2,000 fewer searches in January 2017 compared with the same time the year before.

Google search data was a good early indicator of changing behaviour and shifting patterns of EU nationals searching for work in the UK, said the two companies.

This was because people increasingly looked online for job vacancies.

The decline in interest could lead to a potentially serious recruitment crisis for the UK’s agricultural sector, which already has a 29% shortfall in seasonal workers, said the firms.

“In the short-term, producers and representative bodies should work with government to protect that vital pipeline of workers from abroad.

“In the longer term they should push for the implementation of a new migration system which recognises the reliance of our agricultural production on talented overseas staff.

The data paints a clear picture of how Brexit continues to affect the desirability of the UK as a destination for work Fleur Hicks, OneFourZero chief executive

Interest in agricultural jobs is heavily influenced by season, with peaks between December and April, although the window interest shortened and became more pronounced in 2017.

The NFU has repeatedly called on the government to introduce a seasonal agricultural workers scheme to make it easier for temporary workers to come to the UK.

Some workers were staying away because the fall in  the value of sterling since Brexit meant seeking work in the UK had become less attractive, it said.

Others were staying away simply because they didn’t feel welcome.

Although many workers come to the UK during busy peak periods such as harvest, others undertake temporary jobs on dairy farms and in the food-processing sectors.

The government has acknowledged farmers need access to an adequate labour supply but has so far refused to introduce a special seasonal scheme.

OneFourZero chief executive Fleur Hicks said: “ We live in a digital age and online searches are a good early indicator of where people are looking to work.

“The bad news is that it is not clear if UK workers will step in to fill the vacancies as EU workers lose interest in coming to our shores.

Ms Hicks added: “The data paints a clear picture of how Brexit continues to affect the desirability of the UK as a destination for work.”