An 80-year-old farmer in Somerset has been reunited with his stolen quad bike after help from the police and local community.

The bike was stolen overnight on 20 April from the farm in Langport, and found by police in Bridgwater two days later.

Following a public appeal for information, officers were able to return the Yamaha Grizzly Ultramatic 350, which the farmer relies on to get around his land.

See also: On patrol with the police in the fight against rural crime

Officers also gave security advice, including information about the Farm Watch scheme which focuses on protecting rural areas from crime.

A relative of the farmer said: “My uncle’s mobility around our farm is restored. We never expected to see it again.

“We’re really delighted that Avon and Somerset Police has retrieved our quad bike.”

Anyone with information about the theft of the quad bike is asked to call 101, or report it online, giving crime reference number 5220086919. 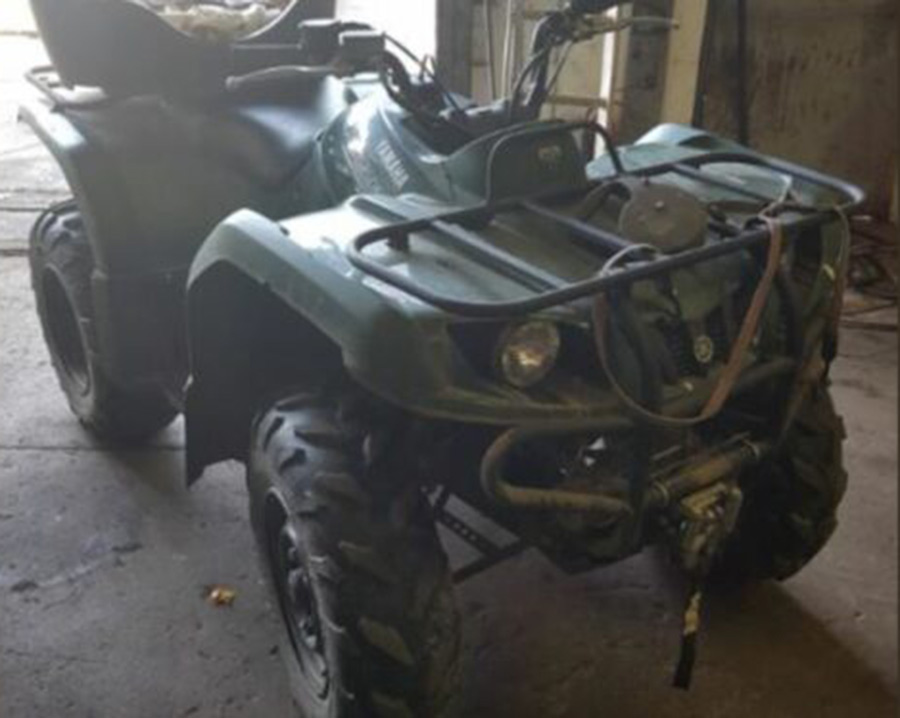 The quad bike recovered by police. © Avon and Somerset Police

Farm Watch is a scheme set up and run by rural police officers and has been successful in crime prevention, property recovery and crime investigation.

Police community support officer Michael Storey said: “Through the scheme, we offer the public crime updates in their area and now have more 6,000 members across the constabulary area.

“Examples like this occur because of the community help and it is one of many examples. Farming is an essential part of life and more so today than ever. It is great to give this back to the farmer so he can carry on with his essential work.”