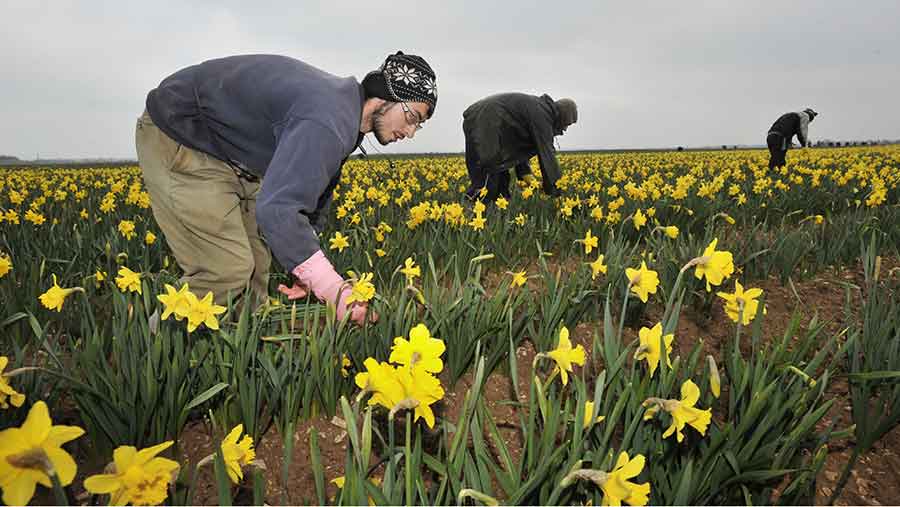 British students should be encouraged to pick fruit and crops to reduce the need for migrant labour, according to Ukip.

The party’s immigration spokesman, John Bickley, said reforms were needed to increase the number of home-grown workers in the UK agricultural industry.

“There used to be a time when it was a rite of passage that people going through, if you like, an internal gap year in this country or on their way to university or at university, that to get some extra cash in, guess what they’d do, they’d go fruit picking,” he said.

He added: “This idea that we just have to keep looking abroad all the time to fill all our requirements is crazy.

“We need to make sure we use up the human capital that exists in this country and maximise its potential, and then let’s attract as many people as makes sense from anywhere in the world.”

Ukip said it would offer six-month visas to migrants seeking seasonal labour in the UK.

“The number of such visas would be progressively reduced over time by the migration council as other measures are taken across the welfare and education system to increase the availability of home-grown labour,” Mr Bickley said.

The NFU has warned that fruit and veg will be left rotting in the ground if the government fails to deal with the farm labour shortage, especially in horticulture.

The government has hinted that it will re-introduce a seasonal agricultural workers’ scheme after Brexit.

Ali Capper, chairman of the NFU horticulture board, said: “If we leave the introduction of this scheme until after Brexit, the damage will have already been done and crops will be left to rot in the fields.

“The effects would be felt right through the food supply chain, ending with the public – the people eating the food we produce. The importance of a strong, domestic food supply cannot be understated.”

She added: “Horticulture, alone, needs over 80,000 workers to plant, pick and pack fruit and veg. That number will rise to 95,000 in the next four years. Shortages aren’t just limited to fruit and vegetable growers – workers from across the skill spectrum are needed for an industry that is worth £108bn to the nation’s economy.”