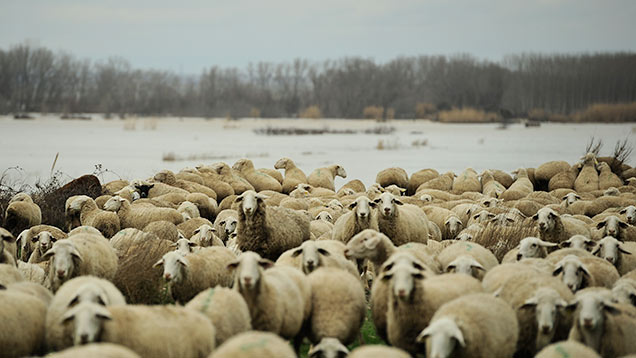 Thousands of livestock are believed to have perished after severe flash flooding in Spain.

It is estimated that 20,000ha of land flooded in the region of Aragon, in the north-east of the country, after the River Ebro burst its banks.

The river rose by 6.1m as a result of a week of heavy rainfall and snow melting in the Pyrenees.

At least 10 people have died and thousands have been forced to evacuate their homes.

The worst-affected areas are intensely agricultural and pictures are starting to emerge on social media of farmers desperately trying to evacuate livestock from flooded buildings.

But for many it has been too late, with other images showing calves and cows lying dead in sheds where the water has receded.

Check out the weather forecast on our weather channel.