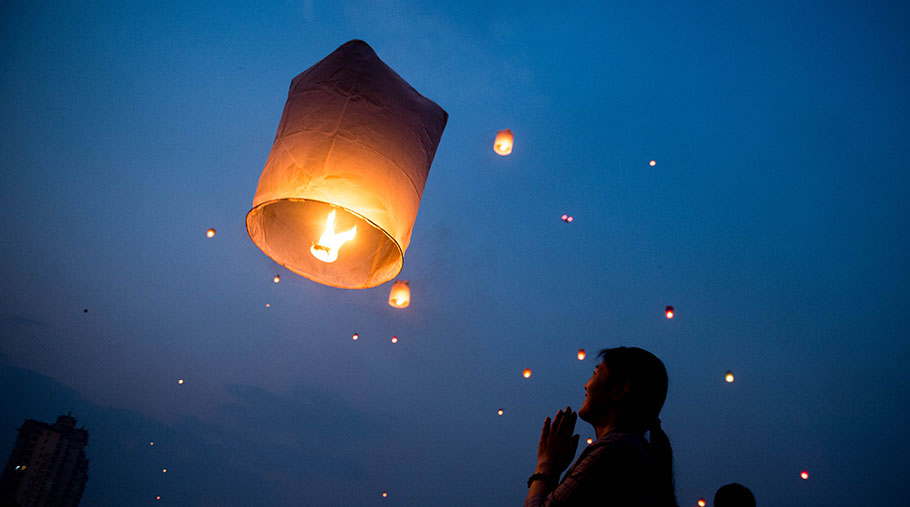 Thousands of people have signed a petition calling for a sky lantern festival to be cancelled because of the fire risk to local countryside and the danger to livestock.

The northern England segment of The Lights Fest is due to take place in Buxton, Derbyshire, on 28 July.

The event consists of the release of sky lanterns into the air – which opponents argue could have devastating effects on the local livestock, wildlife and countryside.

The lanterns consist of a bamboo frame, paper-based balloon and a short-term fuel source which is ignited before the lanterns are released into the night sky.

Almost 8,000 people have called for the festival to be cancelled amid concern it could spark fires similar to those seen on Saddleworth Moor and Winter Hill, Lancashire.

‘Irresponsible’ to go ahead

The petition said: “Allowing this event to go ahead is dangerous and irresponsible, as the risk of starting further fires is extremely high.

“We ask the organisers of the event, and the MPs of the areas local to the event and to the already fire-impacted areas to work to get this event cancelled.”

Buxton is surrounded by the Peak District National Park (PDNP).

In a statement, the Peak District National Park Authority said: “We would like to see The Lights Fest stopped.

“As a national park, we do not support the release of sky lanterns due to the potential impacts on wildlife and livestock

“However our primary concern is now the risk of fire that is increased with the release of thousands of lanterns so close to the PDNP boundary.

“Although the lanterns are claimed to be biodegradable and with a short burn period, there is no further detail provided on this, and by their very nature, the travel and final location of lanterns remains indiscriminate.

“To release thousands of naked flames into the sky when hundreds of firefighters and others are still battling flames in already tough conditions on the ground seems to go against all common sense.

“Holding an event like this when we are actively asking people to take extra care to avoid fires, not to light barbecues and other precautions, seems to be a completely unnecessary risk.

“In the current extremely dry conditions, it is likely that the remains of lanterns will still be present in the landscape for some time, during a key period where the wildlife breeding season reaches its close and livestock remain in open fields.

“This is an avoidable event that could lead to significant impacts on the wildlife, landscapes and livelihoods of the PDNP.”

The festival is organised by the American-based Viive Events company.

Last month, the company cancelled a sky lantern festival due to take place place in Scotland but similar events are scheduled to take place in London and Bristol on 4 August, as well as the 28 July event in Buxton.

On its website, Viive Events said: “The rice-paper body of the lantern is fire-resistant to prevent the flame from traveling from the small fuel-source suspended in the middle.

“We have designed the fuel source in such a way that the flame is completely out before the lanterns descend and land.

“Regardless, we always have a fire crew waiting in the landing zone as a precaution.”

Defra has previously ruled out calls for sky lanterns to be banned, saying it considers the regulatory regime, supported by existing information and guidance, to be effective and proportionate.