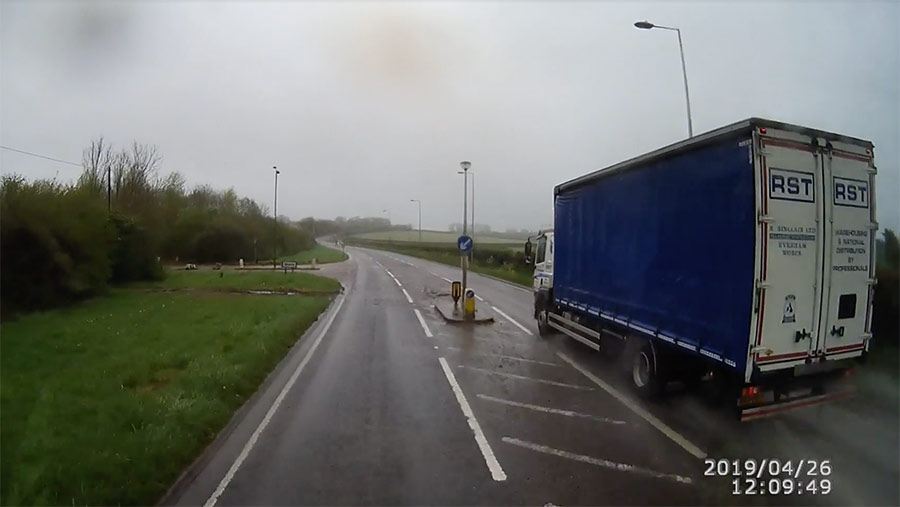 The perils faced by tractor drivers from the reckless driving of other motorists has been laid bare by agricultural contractors.

The shocking footage was filmed on two Class Arion tractor dashcams by Somerset-based Cox Agricultural Services, which has published the eight-minute compilation on Facebook.

The contractor described the montage as “The Daily Struggle” and “a few clips of some of the finer driving witnessed while out and about”. It is accompanied by the Smokey and the Bandit theme song.

Cars, buses, vans, lorries, motorbikes and even a road sweeper are filmed carrying out dangerous manoeuvres while overtaking, which narrowly avoid collisions.

Two clips show large heavy goods vehicles pulling out from side roads in front of the tractors. 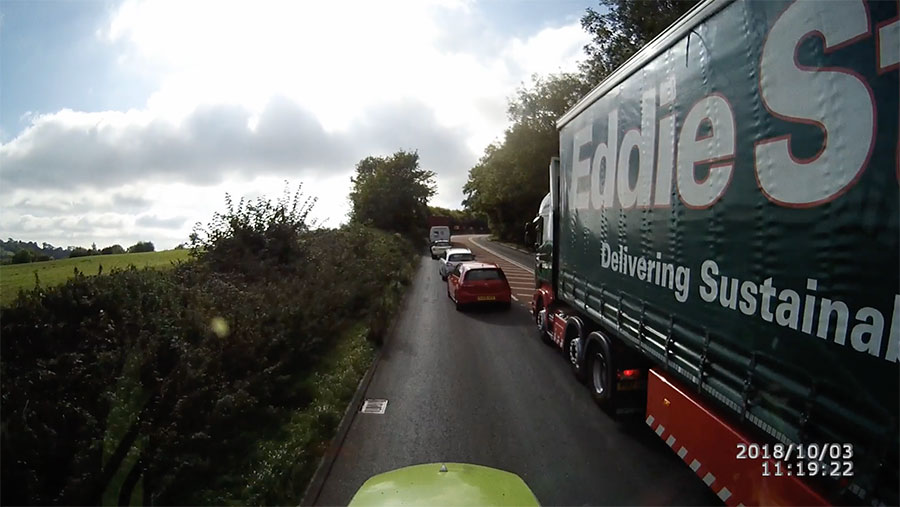 The footage even includes a clip of an Eddie Stobart lorry cutting off a tractor to jump a queue on a rural road.

Most of the dangerous driving was filmed on the A39 between Chewton Mendip and Farrington Gurney over the past two years.

Rob Cox, a part-owner of Cox Agricultural Services, told Farmers Weekly: “In my experience, about 10% of motorists drive dangerously. It’s a lack of education about farming.

“Farmers need to use the roads move crops and machinery around. We are delivering a public service by feeding the nation.

“The main issues we encounter are people carrying out dangerous overtaking manoeuvres on windy roads when there is oncoming traffic. Another constant problem is motorists cutting you off when you are trying to turn into fields.”

When asked to give his main piece of advice for motorists driving near farm machinery, Mr Cox said: “Have a little bit of patience. If your journey time takes five minutes longer, you might live to make a journey the next day.”

Avon and Somerset Police is launching a road safety awareness campaign next month on the 13-20 May 2019, which will focus on near misses, especially involving cyclists and motorcyclists.

A police spokesperson said: “We would always encourage people to report incidents of this nature immediately, even when there is no collision as a result.”

A spokesman for Somerset County Council said: “The video highlights examples of bad driving and is a useful reminder that we always need to take care, follow the Highway Code and consider other road users when driving.”