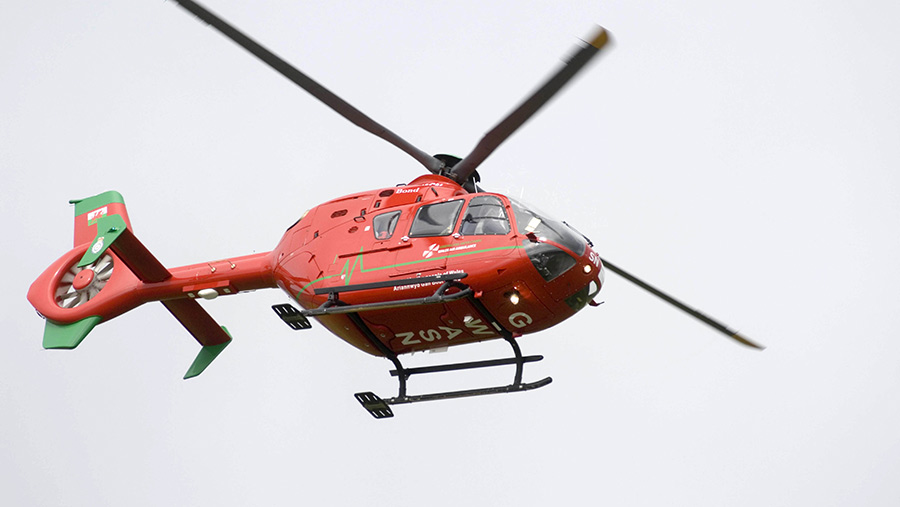 A young farmer cheated death after being ejected through his tractor cab windscreen during a serious road crash.

The unnamed man was driving a tractor pulling a bailer on a public road in Anglesey on Friday night (8 May) when the accident happened.

According to reports, he fell asleep at the wheel, slewed off the road and was catapulted through the glass windscreen of his tractor cab.

Emergency services who arrived on the scene are understood to have found the farmer lying under the bonnet with serious injuries.

He was taken by air ambulance to Ysbyty Gwynedd Hospital in Bangor, where he was treated for serious injuries, including a broken shoulder and seven broken ribs. His current condition is unknown.

A spokesperson for North Wales Police said: “Police attended a road traffic collision between the A5025 and B5109 in LLanynghenedl, in Anglesey, involving a tractor and bailing trailer.

“The accident was reported to us by the ambulance service.

“The vehicle collided with a stone wall. There were no other vehicles involved. The man was taken to Ysbyty Gwynedd with serious injuries.”