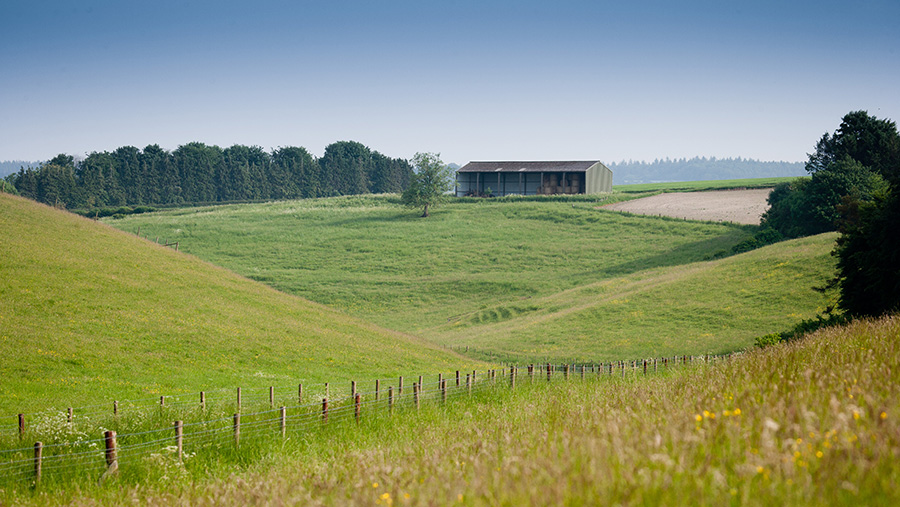 Direct payments to farmers in England will be phased out within a decade – and possibly as soon as five years – under government plans for a new agricultural policy once the UK leaves the European Union.

Plans contained in a Defra consultation paper published this week confirm the government’s intention to replace the existing system of farm support with a new framework based on environmental enhancements and the delivery of public goods.

The government has yet to decide exactly how it will make the transition away from direct payments towards the new system. It has also yet to decide how long it will take.

But the shorter the transition, the more money will be removed from farmers each year.

Overall, every 1% reduction in direct payments in England would release some £16.5m/year. But Defra’s intention is to target larger farms first – with the bulk of payment reductions initially coming from the biggest recipients, rather than smaller producers.

Much of this money would be used to fund a new environmental land management system to improve soil, water and habitats.

Direct payments could be reduced by £150m/year if there is a 10-year transition to the new system and the same total amount of money is taken each year.

Individual farmers are likely to be affected differently according to size, location and tenure type. But the end point is the same for everyone: the abolition of direct payments over an agreed timetable and the introduction of the new system focused on the environment and public goods.

To ease the transition for smaller farms, Defra is keen that larger farmers who receive the biggest direct payments see the greatest reductions initially. The consultation looks at two ways this might be achieved: progressive reductions and a ceiling on payments (see options below).

Both these options would free up the same amount of money annually in the first year. But a transition based on progressive reductions (option 1) would affect 19,000 farmers (22%) compared with a ceiling on payments (option 2) which would affect only 2,100 farmers (2%).

A third scenario could see Defra implement a combination of the first two options. Applying reductions more widely earlier in the transition would mean more farmers are incentivised more quickly to begin to adapt their businesses and improve their productivity, it says.

Defra says it acknowledges that some farm types and parts of the country are more dependent on direct payments than others.

And it says it accepts that some marginal upland farms, especially those in remote areas, will require some form of ongoing support.

Who would be affected?

What would that mean?
Farmers who receive the biggest payments will initially face the biggest reductions. But this option also affects more farmers sooner than option two.

The second option is a simple cap or ceiling on payments. In the first year, most farmers would receive the same as they do now. But nobody would receive more than £100,000 – so again, the biggest losers are the biggest recipients.

Who would be affected?
This option would affect some 2,100 farmers – equivalent to just 2% of recipients. But on average they would face higher reductions than under Option 1.

What would that mean?
Farmers who receive the biggest payments will initially bear the entire burden of reductions. Farmers receiving the least will not face any reductions for several years.

Farmers could use payments to ‘exit sector’

Defra says it could simplify cross-compliance rules and remove some greening requirements during the transition to the new system.

The government is also considering detaching payments from the area farmed – so there would be no requirement for recipients to remain a farmer. Under this scenario, farmers would be free to invest the payments in their businesses – or exit the sector altogether.

Defra says this “radical simplification” would remove the need for recipients to meet land eligibility rules or comply with greening to receive payment. Instead, payments to each applicant would be based on the value of support made during a historic reference period.

De-linking payments from land like this would avoid the risk of “perverse incentives” for farmers to split their businesses in a bid to get around capping or progressive reductions, says Defra. It would also encourage restructuring and productivity improvements.

But farm businesses will still need to comply with environmental, plant health and animal welfare standards – irrespective of whether they receive payments or not.

Towards implementation – after the first year

Whichever option is adopted for reducing direct payments, Defra says it envisages further reductions in subsequent years until payments have been phased out completely.

Defra says farmers could choose to use their direct payments to invest in ways of managing income volatility.

It says they could also take advantage of existing tax options to save money for future investments or to provide a cushion during a bad year.

Details are frustratingly scant but the government suggests farmers could “employ tools to help insure against crop failure or animal disease or to protect against price changes, such as those already available or under development in the private sector”.

But it makes it clear that government involvement such schemes would be limited.

‘Goldilocks’ transition best for most farmers

A “Goldilocks” transition to the new system will give farmers enough time to adapt without being so long it unnecessarily delays the inevitable restructuring some businesses will need to remain competitive after direct payments disappear altogether.

Both the government and the industry will be keen to avoid the mistakes caused by the overly complex and lengthy introduction of the basic payment scheme from 2005-12, says Carl Atkin, director of Cambridge-based international agribusiness consultants Terravost.

“A period of three to four years would probably be reasonable, but it doesn’t want to be much longer – otherwise some will ‘cling on’ to the ever-diminishing direct payment, rather than using the period to restructure and rationalise their businesses in an orderly way,” he says.

A hard payment cap during the transition should be opposed at all costs, believes Mr Atkin. Such a cap would create massive short-term distortions in the land market, since direct payments are effectively the “rent” on farm business tenancies or “first charge” on contracting agreements, he says.

“Smaller farmers under the cap would be able to massively outbid large businesses for marginal cost expansion opportunities – this would clearly be perverse and work against operational economies of scale, especially in the arable sector. Far better for any reductions to be progressive.”

Defra is inviting views on its plan to phase out direct payments while developing the new environmental land management scheme.

It is also seeking views on the range of public goods that could qualify for public support, its proposals to introduce a less onerous inspection scheme and plans for new business models and incentives that encourage on-farm investment.

Read the full consultation details online. The deadline for responses is 8 May 2018.