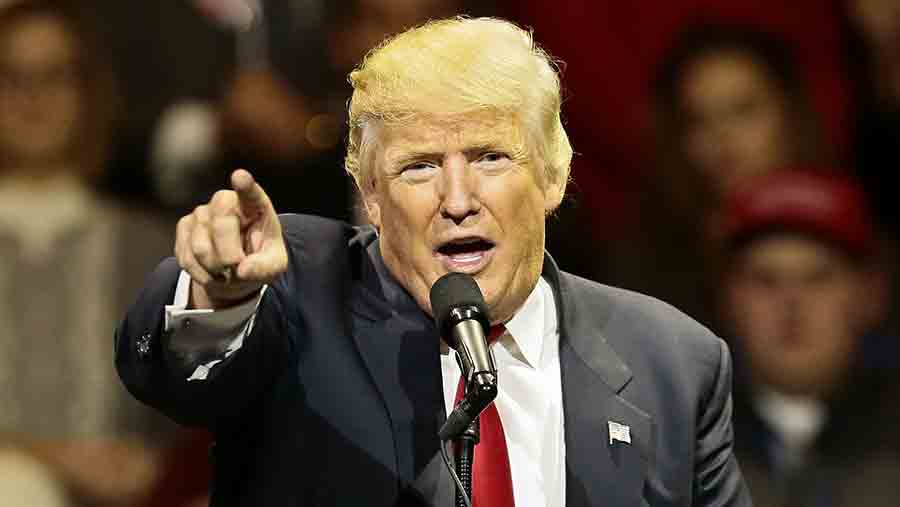 More productive farming and less environmental interference are likely in the USA, once Donald Trump takes office, the farming community has been told.

According to Chuck Conner, president of the National Council of Farmer Cooperatives and a key Trump agricultural adviser, farmers can expect to be rewarded for their support for the president-elect.

“Farmers, ranchers and people of rural America feel like they have been under attack and they responded in the presidential election,” he told a recent Farm Foundation Forum in Washington, DC. “President-elect Trump is very aware where his bread is buttered.”

Discussion about the 2018 US Farm Bill – which sets policy for the next four years – begins next year and Mr Conner said the new administration would be keen to reduce the influence of organisations such as the Environmental Protection Agency.

Another particular target is likely to be the proposed Clean Water Act legislation, Waters of the United States (WOTUS). According to Mr Conner, the president-elect’s rural mandate makes WOTUS unlikely in the 2018 Farm Bill.

But it will continue with the Supplemental Nutritional Assistance Program (SNAP), which accounts for almost 80% of the farm budget, providing healthy food for low-income families.

“Within the upcoming administration, there is strong recognition of the value of agricultural exports to our farm economy,” he said.

“President-elect Trump likes what he sees in agricultural trade, but feels in the manufacturing sector we could do better.

“We are an agricultural export-dependent economy and the president-elect will do all he can to protect that.”

While Mr Trump has yet to name his new agriculture secretary, Mr Conner is believed to be a contender.