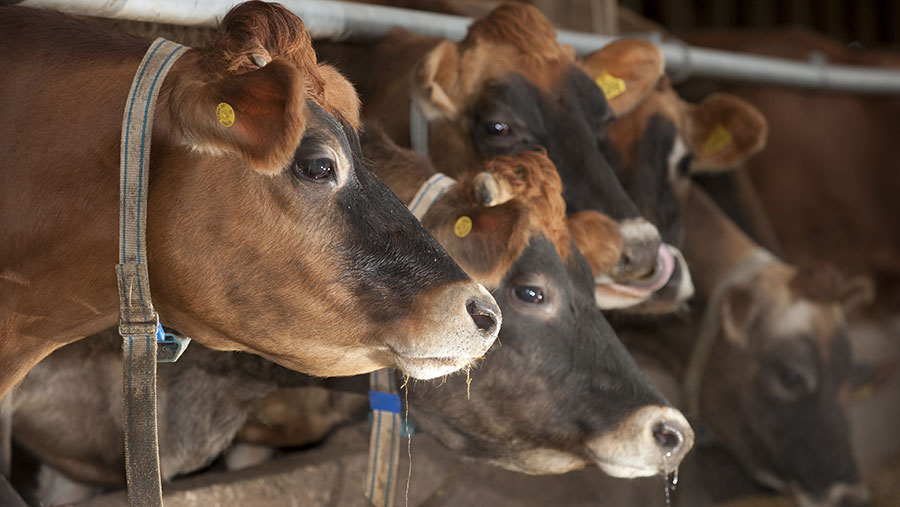 Dozens of farmers in Cumbria have been left without access to mains water after a major supply pipe burst during Storm Ciara.

United Utilities has set up a special helpline for farmers as efforts to repair a storm-damaged water pipe near Shap continued on Wednesday (12 February).

A dedicated team at the water company is helping farmers to make sure livestock have access to water supplies. Special arrangements have been made for 70 farmers, and any others who need support are being urged to get in touch.

Cumbria Police declared a major incident at 11am on Tuesday (11 February).

A Cumbria resident told Farmers Weekly: “A number of farms in the county have been left without access to running water. United Utilities is trying to transport water to them in tankers, but they are struggling to cope with the icy conditions on rural roads.

“Dairy farmers appear to be worst affected, especially those with robotic milking systems that require gallons of water to clean. One farmer near Penrith has not had any water for over 18 hours and is carrying buckets of water to cows and sheep from a stream. They are reaching crisis point.”

United Utilities says about 8,000 properties in the Eden Valley are seeing low water pressure or no water as engineers continue to repair the pipe. More than 20 schools in the Penrith area have closed.

It says progress was made overnight Tuesday (11 February), despite the challenging weather, and the new water pipe has been assembled. It is expected to be installed over the next 12 hours.

Our teams continue to work hard to repair the water main that was damaged during Storm Ciara. We will continue to provide updates on our website https://t.co/Bu7gYW25HF pic.twitter.com/y74nBQSFUC

United Utilities said in a statement: “After the pipe is fully repaired, it will take some time for water pressure to build up again in the system, due to the length of the pipe network.

“Customers will continue to see no water or poor pressure as the system recovers.  It is possible that some customers may notice discolouration as naturally occurring pipe sediment could be disturbed.

“A massive tankering operation is under way to pump water supplies directly into the water network. There are now 46 tankers, including several from outside the north-west region, supporting the effort.”

Martin Padley, water service director at United Utilities, said teams were “working around the clock” to get this pipe repaired and water supplies back to normal.

He thanked residents for showing real community spirit in helping each other with bottled water supplies.

“It is likely to take another three days for water pressure to build again once the repairs are completed,” said Dr Padley. “In the meantime, we will continue to run the bottled water stations and work with farmers to get them the extra help they need.”

Where to go to get help

Cumbria County Council is urging farmers without water in the Penrith area to contact the emergency numbers provided below. They are working and all calls are being logged.

The Cumbria Farmers Network held discussions with council leaders on Wednesday morning (12 February). It made the council aware of growing concerns about animal welfare on farms that have no mains water.

United Utilities or the county council can be contacted directly on the numbers below. If you cannot get through, or don’t get the help required, please contact the farmer network directly and it will gather information to ensure farmers get the right support.

An update for farmers across the impacted areas of the Eden Valley. We’ve spoken to & agreed a plan with 70 farmers across the region so far & are keeping their situation under review. If you’re a farmer & yet to speak to us then please call us on 03450726071 if you need support. pic.twitter.com/V8qBm3xnNq