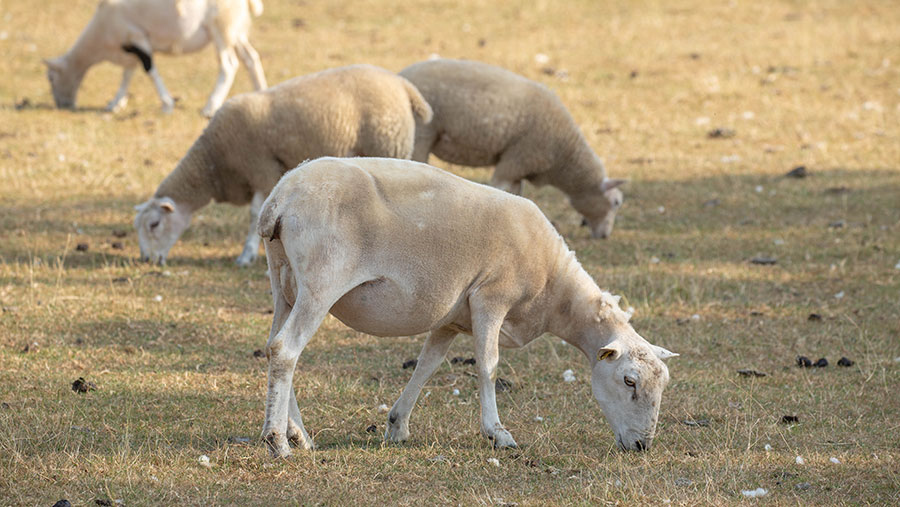 Farm leaders have accused the government of taking little action since promising to help farmers suffering from the impact of the summer drought.

A month has passed since environment secretary Michael Gove promised to do “whatever it takes” to help farmers suffering from lack of rain.

Mr Gove made the pledge following a “drought summit” with representatives from across the agricultural sector on 1 August in London.

NFU president Minette Batters said: “We are yet to see meaningful assistance to farmers who have to deal with the long-term impact of the extreme weather.”

In a letter to Mr Gove last month, Ms Batters said governments in Scotland, Wales and across Europe were showing understanding of the severity of the agricultural drought.

Those governments had put in place measures to help farm businesses, she said – but the situation was very different for farmers in England.

The NFU has urged Mr Gove to be flexible on CAP greening rules and agri-environment schemes, which mean many farmers can’t graze or cut grass from certain areas of land.

Ms Batters said the government could apply to the EU Commission for a derogation to allow farmers to graze or cut grass from this land temporarily.

She said: “Without these derogations, farmers face huge uncertainty over whether feed stocks will last the forthcoming winter and what increasing costs they will be facing if they don’t.”

Ms Batters said this meant speeding up payments that are well overdue for the hundreds of farmers who have been expecting this much-needed cash injection.

“The secretary of state said he would do ‘whatever it takes in order to make sure farmers can continue to run successful businesses’ after the summit last month.

“This is government’s opportunity to show meaningful support for the British farms that have been left so exposed to the extreme weather.

“We know the secretary of state values British food production, but – despite the recent turn in the weather – we still need to see action. A bit of rain does not wash the problems away.”

It comes as results from a survey of over 600 NFU members on the impact of the drought show 71% have suffered a negative impact from the weather.

Some 78% of farmers using forage expect a shortfall in feed reserves this winter. And of the farmers growing spring crops, 90% say they are growing poorer than expected.

Defra says it is negotiating with the European Commission on the issue – and seeking a “far more useful relaxation of EU laws for our farmers than other member states have sought”.

A Defra spokesman said: “Allowing catch or cover crop grazing would, we expect, have limited benefit for our farmers, given the limited crop types that can be grown under current rules in the areas concerned.

“We expect further news next week on our negotiations with the European Commission to secure a much more beneficial flexibility to increase the availability of fodder resources for livestock.”