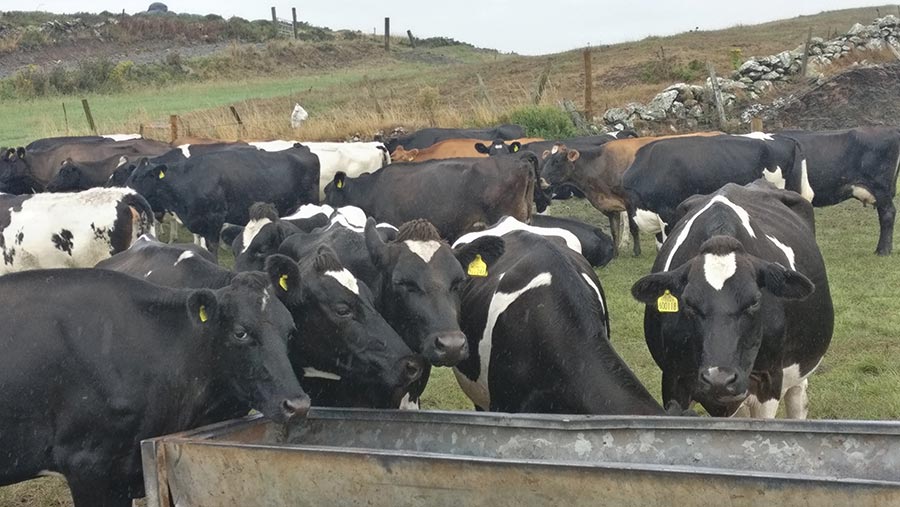 Two Anglesey dairy farmers who have been among the hardest-hit by the drought are determined to spend their way out of trouble instead of selling cattle.

Business partners Johnjo Roberts and Mat Venables, who milk 800 crossbred cows on the north of the island near Holyhead, say that on 28 July they had their first significant rainfall since early May.

They say the business will not be profitable this year but they are determined to turn to the chequebook and fight their way out of a looming winter feed deficit by buying in more feed rather than sell more cattle than they would normally be culling.

Watch the video here and continue reading below:

Reducing numbers would blight profits for the next three years, while retaining cows will also prevent selling on a poor trade and allow them to capitalise on a rising milk price.

Mr Roberts said: “Our main focus is to ringfence this to 2018 and not let it affect subsequent years.”

He added: “We are concentrating on managing yield, cow health and condition, and grassland in the autumn to make sure we are set up for 2019.”

The cull cow price has tumbled some 23% since it peaked in June as many producers have been offloading cattle early to ease pressure on feed stocks strained to the limit.

It has been a tough year for the business duo and their three full-time staff, with just one month – May – in the past 12 where supplementary feeding has not been required after the extreme rainfall caused by the Beast from the East gave way to drought.

The arid conditions have slashed grass growth to a minimum, meaning that to keep milk flowing the spring block calving herd has required massive amounts of supplementary feeding from silage reserves and bought-in feed.

All remaining silage from last year was used during the late spring, and the pit silage from this year’s first cut went in just 24 days in June, as well as a significant portion of the round bales.

Cows are also being fed an additional 3kg/head in the parlour and in the past month 100t of palm kernel has being mixed in with the silage and fed in troughs outdoors.

Around a third of the milking herd’s diet is now made up of concentrate feeding, but this has held the level of milk solids stable and stopped milk yield from falling by more than a small amount.

Livestock have also thrived in other ways, with condition score and fertility holding up well and youngstock also growing well. 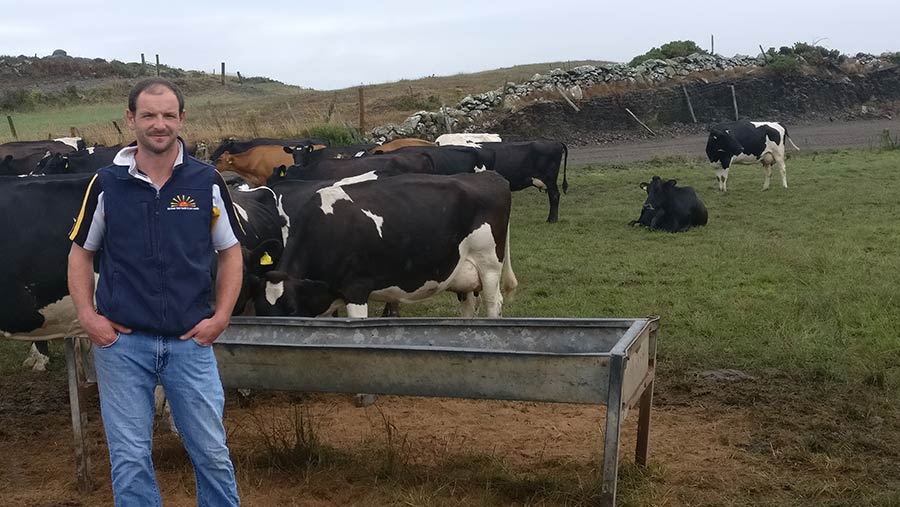 The business partners estimate the farm has generated 1,400t of dry matter less than it had by this point last year, which should have been both feeding cattle now and generating reserves for winter.

About 550t of this shortfall has been bought in in the form of alternative feeds but they admit that the remainder of the deficit, some 850t, will mean they have far less home-grown fodder than usual and the spending will have to continue.

While some of this will be recouped if there is regular rainfall in August and September, they say there is no possibility of having time to make up all of the grass that has been lost.

“Although the weather has broken we are still in a fragile position at the moment if there is another dry spell,” Mr Roberts said.

This also raises concerns over a long winter, as there will be less silage in reserve to compensate if significant grass growth begins as late in 2019 as it did this year.

Mr Venables said farmers should definitely be having conversations with their bank managers to update them on changes to budget forecasts but acknowledged that it was very difficult to accurately predict what the final feed cost would be as it was so weather-dependent.

However, they were relieved that, being a spring calving herd, they would be able to lower feed costs through the winter by only having to maintain body condition rather than feeding for milk after the grazing season had ended.