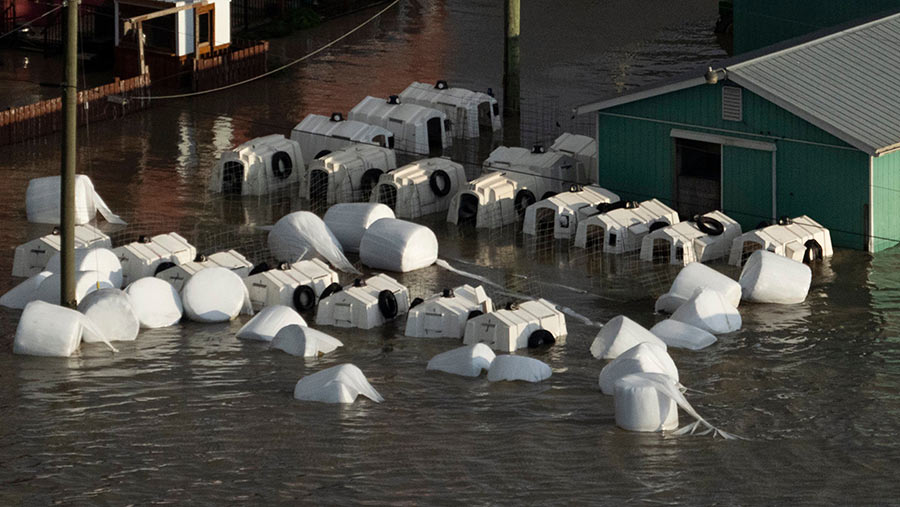 Canadian farmers have scrambled to save dozens of cows from dangerous floodwater in a dramatic rescue operation.

Pictures and videos have emerged on social media showing farmers and members of the community swimming through water to rescue 50 stranded cattle from a farm in Abbotsford, British Columbia.

Saw incredible grit in Abbotsford today, as farmers and community members rallied to rescue dozens of cattle stranded by #bcflood with boats, dinghies, a jet ski and even a hover craft. Heard these scenes were playing out across the valley.
Photographed for @reuterspictures: pic.twitter.com/B7azI3EeSs

As he watched the desperate rescue operation, Henry Braud, mayor of Abbotsford, told the broadcaster: “This is a disaster, a local state of emergency. I think people to the west of here in Metro Vancouver have no idea what we’re dealing with in the eastern half of our city.

“Abbotsford is our largest geographical city in the province and three-quarters of it is agricultural land. They are evacuating cows from Westgen with boats.

“The farmers are very adaptive to dealing with the situations and they figured out how to do things. But we need to get some more help here from our province.”

About 1,200 people evacuated the low-lying Suma Prairie, but some 300 remained, according to local reports.

Agriculture and Agri-Food Canada (AAFC), the Canadian government’s agriculture department, is working with federal governments and Canada’s National Farmers Union (NFU) to assess the effects of this extreme weather event.

No major rainfall was expected for the remainder of the week, and river flows were dropping, the NFU said.