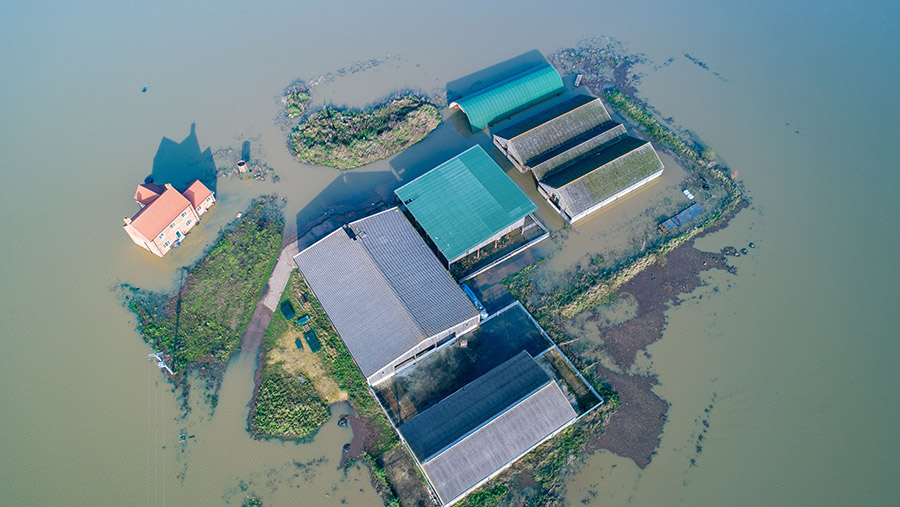 The government is facing calls for action amid accusations that farms were sacrificed to rising water in an effort to save homes across flood-hit South Yorkshire and the East Midlands.

Thousands of hectares of productive farmland – including crops and grassland – were engulfed when watercourses breached their banks near Doncaster and Lincoln last weekend, during what many farmers have described as the worst autumn in memory.

In South Yorkshire, heavy flooding in the village of Fishlake left local residents using tractors and boats to get around.

In Lincolnshire, farmers Tim and Katie Olivant spent much of the week pumping water and building a bund on their land after the Barings Eau watercourse breached its banks near Stainfield, about 10 miles east of Lincoln.

“The sound of gushing water on a still evening was quite frightening,” said Mr Olivant.

“A lot of our farmland and neighbouring farmland is now under water – we have been working day and night to keep the water from getting into properties on the farm.”

He added: “If the Environment Agency wants to flood farmland in order to save houses, they need to do so in an organised, controlled way – where compensation can be paid to farmers for the loss of any crops.”

NFU president Minette Batters said adequate funding must be made available to address the challenges and opportunities of UK water management.

And she warned: “Farmers providing flood management services should be properly rewarded where they are a cost-efficient solution.”

The next government must take full advantage of measures to maintain the conveyance and capacity of rivers, while at the same time seeking a more active role for some farmland to trap, store and slow water, said Mrs Batters.

The Association of Drainage Authorities, which represents local internal drainage boards, has also called for a longer-term approach to water management.

It says there must be closer co-operation between government agencies and with local communities, including farmers.

The Environment Agency said it recognised that flooding could have a devastating impact – which was why protecting people was its top priority.

Rejecting claims it had left farmers to fend for themselves, the agency insisted it had “reached out” to help those affected.

No homes were flooded as a result of the Lincolnshire breach, it said.

“In fact, around the county, our flood defences, including raised banks and flood storage reservoirs, have protected thousands of homes and businesses.”