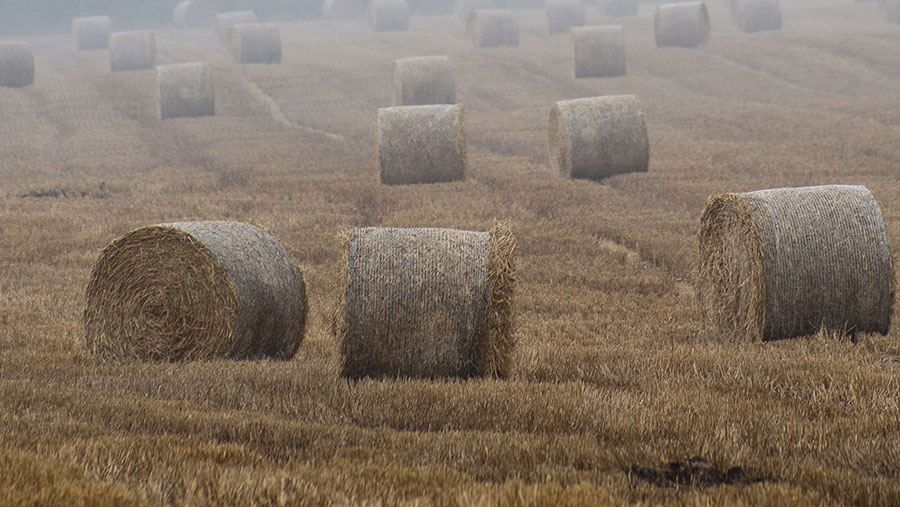 The delayed spring will cost the farming industry in Scotland an estimated £5m/week in additional straw costs, according to a straw and forage availability report produced for the Scottish government.

The report, prepared by SAC Consulting, highlights the significant financial impact the combination of high prices and poor weather has had on the livestock sector, with many producers now struggling to find affordable fodder for their stock.

It also acknowledges that many arable farmers have lost significant income if they were unable to bale their straw last summer.

Spot market straw prices in Scotland have risen about £50/t since harvest 2017 due to weather-related impacts on supply and demand, says the study.

Current prices are about £130/t delivered in the Central belt with more remote areas in the West and North paying another £15-£20/t and the islands more again.

However, researchers point out that the average straw price paid by many livestock producers over the season would be lower than the spot market suggests due to significant purchases on long-term agreements.

Overall, it estimates that a 110-cow upland suckler herd may have incurred additional costs of about £8,000 this year due to higher straw use – because of the extended housing period – and higher straw prices.

This leads to a potential reduction of 19% in beef enterprise gross margin.

The report estimates that every additional week added to the length of the winter housing period could require an additional 36,000t of straw, which at an assumed price of £140/t, would lead to additional costs of £5m/week.

The research team puts forward options for farmers to consider to reduce their reliance on straw in future years.

Increased use of alternatives to cereal straw such as sand, woodchip, rapeseed straw and energy crops is one possibility.

But the report also urges farmers to look at other options such as greater use of slatted housing, more outwintering of stock aided by shelterbelt establishment and increasing growth rates to finish stock earlier.

NFU Scotland president Andrew McCornick said: “This report from SRUC is a significant part of the puzzle in terms of how we look to adapt to poor weather and will certainly be something we will look to in the future to advise members.

“Unfortunately, it is very little solace to members right now, who are battling through tough conditions and are having to spend more and more money just to keep livestock alive and well.”