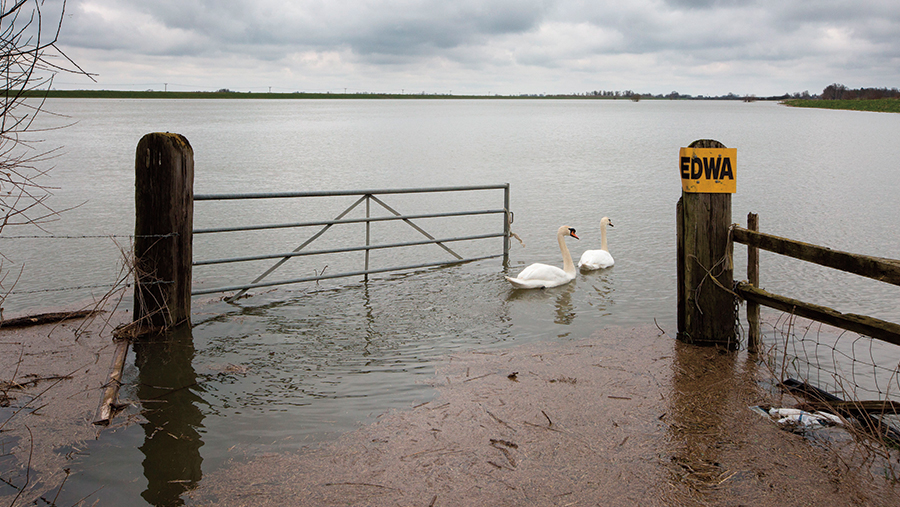 Patience and good planning will be needed to get the best from waterlogged soils following a cold, wet March, say advisers.

Mean temperatures for March were well below average – typically by almost 2C in many areas, according to provisional Met Office figures.

Final calculations are expected to show last month being the third coldest March in the past 30 years, it said.

Rainfall for the UK as a whole during March was around normal – but unusually distributed. It was notably dry in north-west Scotland, but some areas across a swathe of the country from Cornwall to Aberdeenshire received more than twice the average precipitation – some of it as snow.

“The wet weather luckily isn’t affecting our crops too much, but the ‘Beast from the East’ has certainly left its mark on some of our oilseed rape.”

Livestock farmers are also suffering the consequences in some parts of the country, as the poor start to spring compounds the problems created by last autumn’s wet weather.

In Northern Ireland, the Ulster Farmers’ Union (UFU) said it was increasingly concerned about fodder shortages. UFU president Barclay Bell said: “Cows are calving and sheep are lambing and farmers are unable to put their animals out to grass, because there is no grass.”

NFU Scotland vice president Gary Mitchell also pointed to the “significant lack of fodder and the added expense it is creating for farmers” attributed to the poor weather.

In south-west England, Rod Bonshor, general manager for Oliver Seeds, said farmers should wait a fortnight for soils to warm up before reseeding grass leys. It might even be best to take a first silage cut and then spray off the sward and put in a catch crop brassica, he said.

“This is the tardiest spring that I can remember,” said Mr Bonshor. “Looking at our trials site in Gloucestershire this week, the only species that are showing any signs of growth are the festuloliums and some Italian ryegrasses. Everything else is still in its winter state.”

In the West Midlands, potato agronomist Denis Buckley urged growers to sit tight and wait for conditions to improve before planting. “We will almost certainly be looking at the makings of a proper late season with planting drifting well in May.”

Lincolnshire independent agronomist Sean Sparling said planning would be more important than ever when managing crops.

Treatment quality mattered more than the amount applied, he said. “The important things are to stay calm and not to panic.”