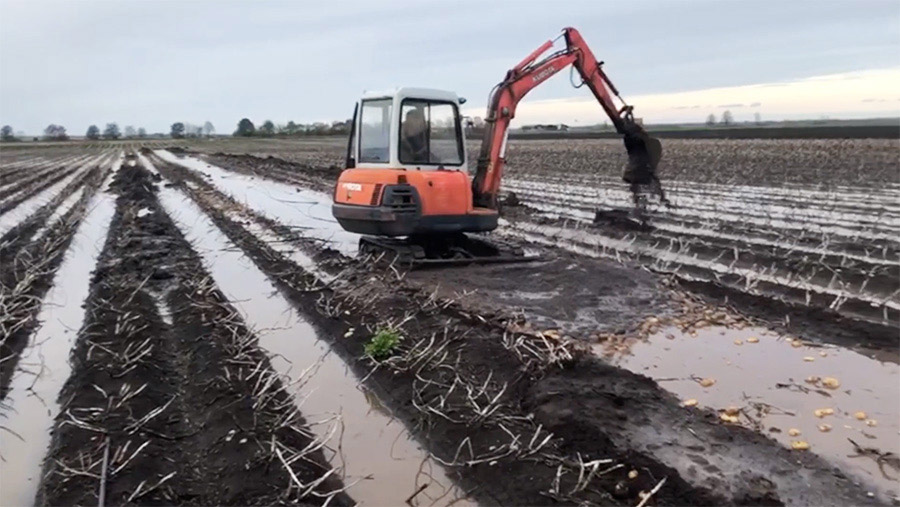 Lincolnshire farmer David Armstrong is lifting potatoes with a digger during one of the wettest autumns in memory.

Mr Armstrong, who farms near Bardney, said it has hardly stopped raining since September – and his potatoes are on some of the worst-affected land.

See also: Defra offers flood-hit farmers grants of up to £25,000

At least four farms in the area have been flooded after the Barlings Eau watercourse burst its banks about 10 miles east of Lincoln.

The area had twice its normal rainfall during October and the wet weather continued into November, Mr Armstrong told Farmers Weekly.