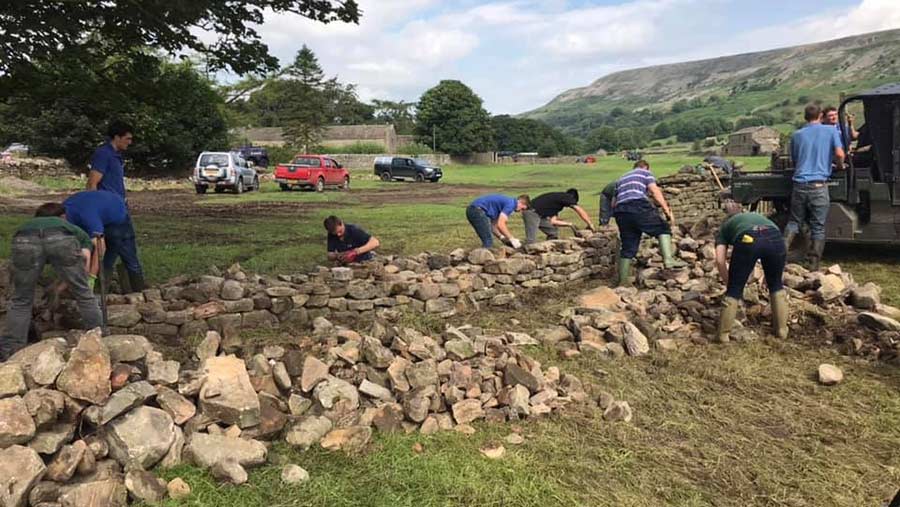 Young farmers from across the county and beyond travelled to the Yorkshire Dales to start rebuilding stone walls washed away by the force of flood water.

Livestock were swept away and silage lost as some parts of the area received up to 113mm of rain in just three hours on Tuesday 30 July.

The helpers formed a human chain on Sunday (4 August) to gather falling stones and start rebuilding walls in the village of Reeth, which was deluged by the flash floods.

Locals face a race against the clock if the annual Reeth Show is to go ahead later this month.

Georgina Fort, chairman of the Yorkshire Federation of Young Farmers’ Clubs, spoke of her pride at the organisation’s efforts to help flood victims.

“We were all so busy working, there was no time to get emotional – but when we stopped for a moment and looked out at what had been achieved over the day, it was a very special moment.”

Ms Fort, a dairy and sheep farmer from Silsden, near Keighley, said she couldn’t remember ever being prouder of Yorkshire’s young farmers.

“In spite of many of them having their own livestock to feed and look after before coming, they were ready to start work at 10.00am and didn’t stop all day,” she said.

“It was true camaraderie and young farmers’ spirit at its best.” 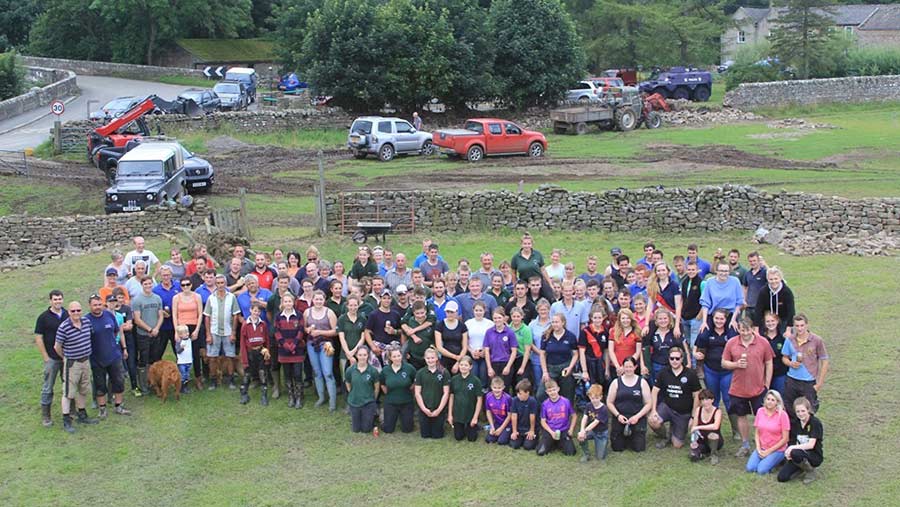 Georgia Hird, secretary of Reeth YFC, said: “The mums from Reeth YFC put on a picnic lunch for the volunteers, and the local fish and chip van kindly served us tea.

“Everyone was so appreciating of our help, and the community really pulled together to help clear the show field in particular.”

The young farmers then visited various other badly affected places – including livestock producers in Fremington and Arkengarthdale.

Ms Hird said: “Although Swaledale will not return to normal for a long time, I think this has really helped to lift spirits.”

Young farmers elsewhere have also swung into action, with Newport Pagnell YFC in Buckinghamshire donating hay and straw to the flood-stricken community.