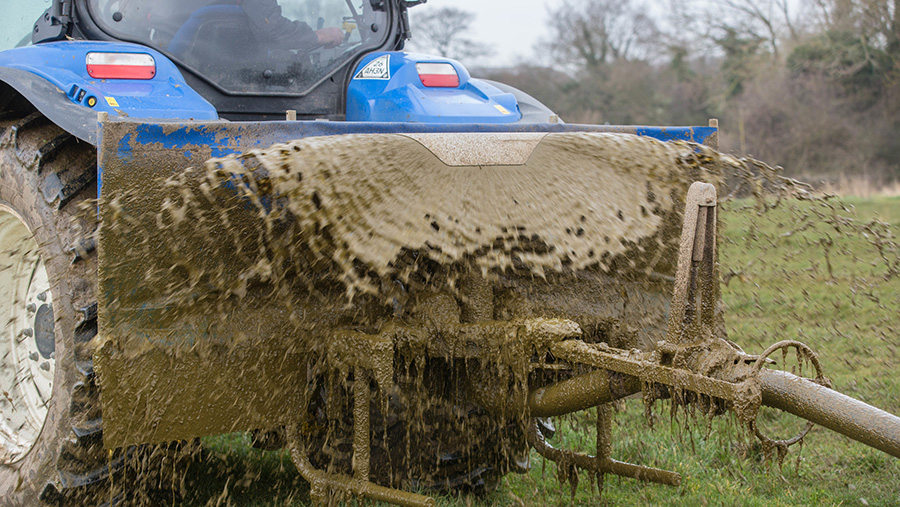 Pembrokeshire would be the worst hit by the Welsh government’s planned approach to tackling bovine TB and meeting EU nitrate controls, a meeting organised by the Farmers Union of Wales heard this week.

Pembrokeshire has been identified as part of a high-risk TB area with the prospect of six-monthly testing, routine culling of inconclusive reactors (IRs) and restrictions on selling animals to farmers in lower-risk areas.

The proposed new controls, which are currently under consultation, are set to be introduced next year, at the same time that hundreds of farms in Pembrokeshire could also be pulled into a new nitrate-vulnerable zone (NVZ), together with some smaller proposed designations in Carmarthenshire, Anglesey and Clwyd.

FUW head of policy Nick Fenwick said the financial consequences for dairy farmers in particular could be severe.

“The costs of complying with NVZ regulations, coupled with additional cattle controls, would have an acute impact for farms in most of Pembrokeshire,” he warned.

If the proposals go ahead, the union wants financial support for the farms affected and an appropriate period of transition.

Dr Fenwick said farmers in Pembrokeshire – where TB incidences are among the highest in Europe – had been “extremely patient” over existing cattle TB measures.

“There is huge frustration that severe restrictions have been applied to cattle, but that no meaningful action has been taken to tackle the disease reservoir in badgers,” he said, urging farmers to respond to both consultations.

“There is a clear feeling that yet more cattle restrictions cannot be justified unless a genuinely proactive approach is taken to dealing with the disease in wildlife.”

Restrictions proposed in high-incidence areas include the removal of inconclusive reactors and six-monthly herd testing as standard, instead of the current annual test.

Farmers also face new restrictions on their farming practices if new NVZs are created. They may have to comply with five new rules the government is proposing, including crop or vegetation cover on all fields at all times.

The NVZ consultation proposes whole-farm nitrogen limits for holdings only partially in an NVZ, and farms with sandy soil may be prevented from spreading some types of manure on tillage land in August and September.

The current 12-month period allowable for field heaps is also being questioned, with the fear that it could be reduced. There is also a proposal to change livestock manufactured manure values, which could limit the quantity spread.