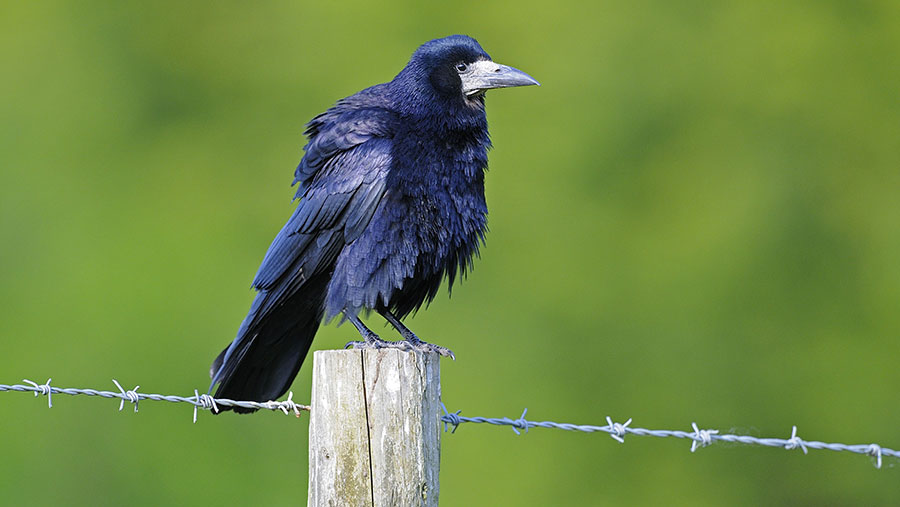 Welsh farm leaders have slammed a decision to ban the shooting of several “pest” birds that cause damage to crops and predate livestock.

Three new general licences for the control of birds in Wales, announced by Natural Resources Wales (NRW), will come into force on Monday 7 October.

A new licence no longer allows carrion crow, magpie, jackdaw, rook, jay, collared dove or woodpigeon to be controlled to protect public health – with the feral pigeon being the only species left on the list.

Another of the new licences massively restricts actions that can be taken to conserve wild birds, and does not allow actions to protect Wales’ most threatened species.

The new licences are Natural Resources Wales’ (NRW) reaction to legal advice that its old general licences were “not lawful”, following a legal challenge by Chris Packham and the Wild Justice group.

However, unlike in England, no legal challenge has actually been made, nor has the legality of the old licences, which date back to the 1990s, ever been questioned in court.

The Farmers’ Union of Wales (FUW) said the new licences further restrict the ability of farmers and conservationists to control birds that are damaging crops or livestock, spreading disease or causing harm to species of conservation concern.

He added: “In our view, the review has been hijacked by those wishing to introduce additional and unnecessary restrictions that are unrelated to the risk of a legal challenge.”

The decision to no longer allow rooks to be controlled where they are damaging crops or spreading disease was “ridiculous”, he added.

“Rooks cause huge damage to crops all over Wales, and can decimate vast areas – for example, where seeds have been sown – and preventing such damage being caused by a very common species is ridiculous.”

Responding to the new general licences in Wales, David Pooler, North Wales chairman of the National Gamekeepers’ Organisation, said: “This will be a disaster for rural Wales, making the jobs of gamekeepers, farmers and pest controllers more difficult at the very time when rapidly declining wildlife in the Welsh countryside needs all the help it can get.

“Natural Resources Wales has run scared of a non-existent legal threat, rushing through a set of ill-considered and over-precautionary licences that will stop people doing what they need to do and harm the very biodiversity that NRW is supposed to look after.”

The new general licences will not apply in, or within, 300m of 203 Welsh Sites of Special Scientific Interest, meaning the actions of NRW, farmers and conservationists in and around these areas will be further restricted, even though controlling certain bird species such as crows and magpies is essential for protecting livestock and ground-nesting birds.

New general licences for shooting of birds in Wales

This will not now include rook, jay or collared dove. We have also revised the purpose of this general licence so as to be for the spread of disease to livestock, foodstuffs for livestock, crops, vegetables or fruit.

GL002 Preserving public health and preventing the spread of disease. This will not now include carrion crow, magpie, jackdaw, rook, jay, collared dove or woodpigeon.

GL004 Conservation of wild birds. This will not now include rook, feral pigeon or Canada goose.

Farmers, land managers and gamekeepers will need to apply for a specific licence from NRW to control birds not covered under the new licences.

Applications for specific licences can be made at any time. We will ask for evidence to support your application, including what steps you have taken to deter the birds and evidence of the damage they are causing or are likely to cause. This could be photographic or video evidence. For more details visit The Natural Resources Wales website