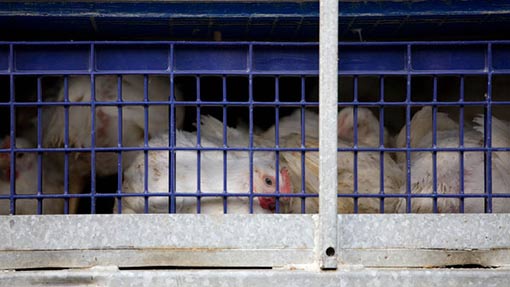 A Kent-based gangmaster, who exposed Lithuanian migrant farmworkers to some of the “most extreme exploitation” ever experienced by the GLA, has withdrawn its appeal against a decision to revoke its licence.

Directors at chicken-catching business DJ Houghton Catching Services always maintained they had done nothing wrong after poor practice was unearthed at their company.

Jackie and Darrell Houghton appealed against the Gangmasters Licensing Authority’s (GLA) decision to take away their licence in June last year.

An investigation by the GLA found that employees as young as 17 were forced to work for days at a time in filthy conditions, without a bed, shower or food.

Farmworkers laboured through the nights catching chickens and were forced to sleep through the days on a minibus as they were driven from the South East to jobs as far away as Cornwall, Cumbria and Scotland.

In one instance, a driver was paid for 133 hours in a week. Yet the employees stuck on his minibus “at work” for the same period were paid only for the number of chickens they caught, the GLA said.

DJ Houghton’s GLA licence was revoked on 30 October 2012 following a high-profile operation, which involved officers from Kent Police, the GLA and the UK Human Trafficking Centre.

The company failed 18 separate licensing standards – enough for its licence to be revoked more than 10 times over.

The couple repeatedly stated in the local press that the company would fight to clear its name in the appeal court, get the company’s licence reinstated and resume trading as soon as possible.

But the business – based in Wheelers Lane, in Linton, Maidstone – has now withdrawn its appeal and accepted the GLA’s revocation decision.

GLA chief executive Paul Broadbent described the way DJ Houghton had treated its workers as “horrific” and a “shocking example of utter disregard for the welfare of workers”.

He said: “The exploitation of the workers was prolonged and disgraceful by anyone’s standards.

“Their conditions were unsanitary, unreasonable and wholly unacceptable. They were vulnerable people who were severely overworked and grossly underpaid.”