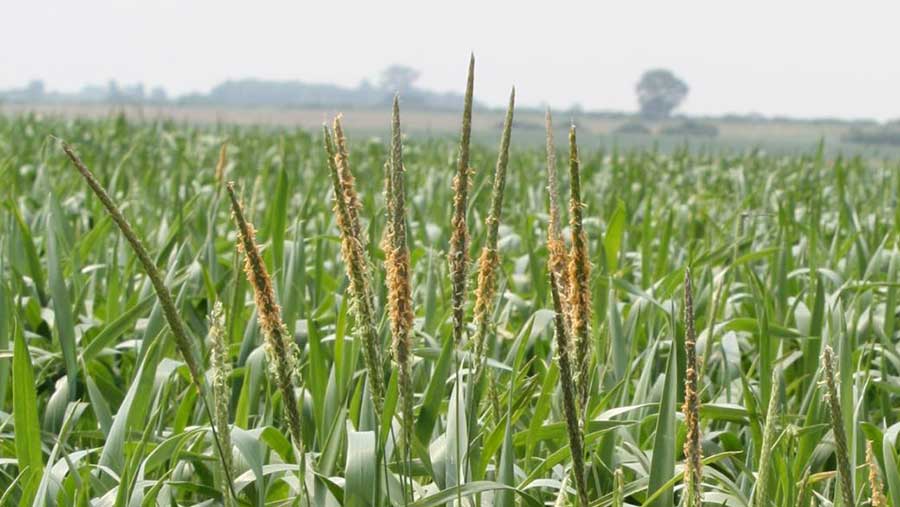 Admitting there is a blackgrass problem and being willing to make major changes to farm practices is the biggest hurdle farmers need to cross before they can start to get on top of the troublesome weed.

One farmer who faced this dilemma is Nick Wade, who made substantial changes to his farming practices after visiting the Hutchinsons National Blackgrass Centre of Excellence in 2014.

His visit to Brampton was the catalyst for five changes across the 935ha of combinable cropping at Abbey Farm near Sedgebrook, with a particular focus on reducing cultivation depth and spring cropping.

Here are the five steps that he took.

“To tackle blackgrass effectively, you’ve first got to admit there’s a problem and be prepared to change what you’re doing, which can be hard,” he says.

Land at Abbey Farm is predominantly Evesham and Denchworth series heavy clay, which until three years ago was mostly down to a simple winter wheat and oilseed rape rotation established early using deep cultivations.

Mr Wade now admits the approach was “ruinous” for blackgrass, and confirmation of RRR resistance to fop and dim chemistry, three-star resistance to ALS inhibitor herbicides and some pendimethalin resistance, gave added impetus for action.

There has been a big move to shallow cultivations where just the top 50-75mm of soil is moved to create a “kill zone” for blackgrass and avoid burying seed for future years or bringing up old seed from deeper in the profile.

Two main machines are used for this; a 5.5m Simba X-Press or 6m Horsch Terrano fitted with A-shares and press.

The machine now has the same effect as his Weaving Big Disc drill, with a noticeable drop in blackgrass emergence post-drilling. 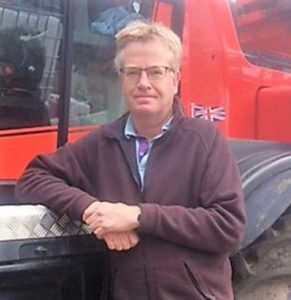 Subsoiling has been reduced, although mole ploughing is used more widely as part of an on-going drainage improvement programme.

This is accompanied by more attention to reducing compaction with low ground pressure machinery and restricting vehicles to tramlines wherever possible. About one-quarter of the farm receives organic manures each year to further improve soil structure.

The heavy soil has not traditionally lent itself to late drilling or spring cropping, but this has not prevented Mr Wade venturing down this route.

Prior to 2014, winter wheat was typically sown from September to mid-October, leaving no time for stale seed-beds and increasing reliance on in-crop chemistry.

Autumn drilling is now a month or so later as Mr Wade is keen to establish two blackgrass flushes before sowing a crop.

He is also much more willing to adapt cropping according to weather, blackgrass pressure and soil conditions.

The increased area of spring cropping from 14ha three years ago to 223ha this harvest (principally spring wheat and beans) aids later drilling, he says.

Spring cropping is the ultimate form of delayed drilling and the later maturity of spring crops helps dry soil longer into the summer which facilitates later drilling of following crops, he says.

“Spring wheat might be six or seven weeks later to harvest than oilseed rape, so it’s taking moisture out of the ground later into the season and is making a real difference.

“The gross margin can be similar to oilseed rape or first wheat, so there’s no panic if we don’t get land drilled in the autumn.”

After seeing work at Brampton, Mr Wade has adopted higher seed rates to boost the competitiveness of winter and spring-sown crops and compensate for any lower establishment from drilling later.

He favours spring wheat over hybrid winter barley largely because the cost of hybrid seed makes it prohibitively expensive to sow at such high rates.

Spring barley is another option, but gross margins are low for feed barley and spring wheat straw is also easier to chop behind the combine, he notes.

“We’re getting 70-75% establishment where spring wheat has gone in well, with yields of 3t/acre-plus, so I see a massive future for it, especially if we reduce the oilseed rape area in future.”

Cultural blackgrass control is supported with a robust pre-emergence strategy, based around flufenacet, diflufenican and prosulfocarb. Avadex (tri-allate) is also applied by a contractor to all first wheats and barley, removing the need for post-emergence sulfonylurea chemistry.