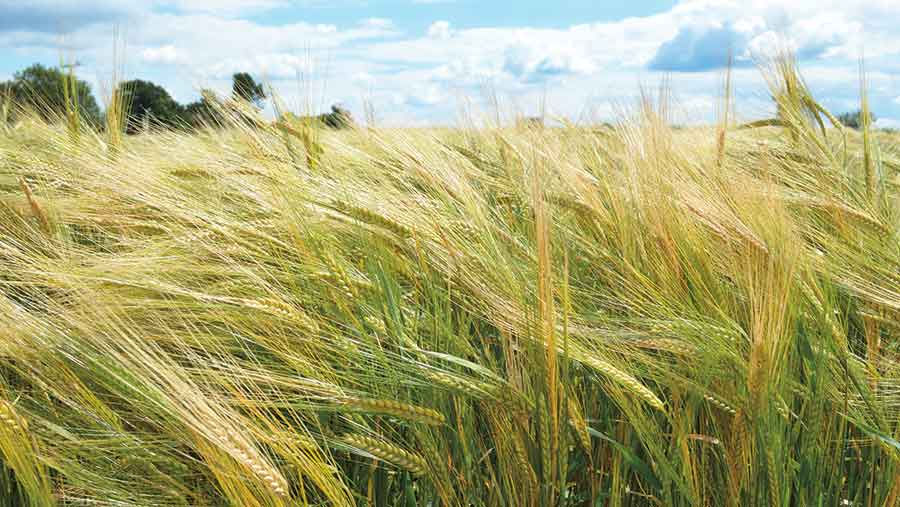 The brewer of Budweiser beer is looking for 40% more high-nitrogen malting barley next year, which has attracted heavy-land growers looking for a spring cereal break to control blackgrass.

The owner of the beer brand, Anheuser-Busch InBev, will be looking for 35,000t of the high-enzyme French spring barley variety Explorer in 2017 to help meet the needs of its two UK breweries.

The world’s biggest brewer requires malting barley of 1.8-1.9% grain nitrogen, which is appealing to farms across southern-central, England where spring cropping is often key in controlling the pernicious grassweed.

John Rogers, global agricultural development director of the brewing giant, says the move is part of a strategy to supply all its malting barley needs for UK-brewed Budweiser from English farms.

“We are aiming to supply 100% of barley from the UK, that’s our aspiration,” he tells Farmers Weekly.

The beermaker has joined with agronomy group Agrii, grain trader Glencore Group and the Crisp Malting Group to put together malting barley contracts for cereal growers.

The brewer used 70% malting barley and 30% rice for its Budweiser beer and since the starch-rich rice has very low protein, or nitrogen, then high-nitrogen barley is needed to compensate.

For next season, about 170 growers are in line for contracts to produce 35,000t and this could go as high as producing all Budweiser’s annual UK needs of 40,000t of barley for its two breweries at Magor in South Wales and Samlesbury in Lancashire.

“The potential for 2017 could be as high as 40,000t. We are offering a premium for producing what the end use wants, but no penalty for not hitting a narrow window,” he says.

Nick Oakhill, senior trader at Glencore Grain, is helping to put the final touches to contracts for the 2017 season.

“We have a waiting list of growers to join, but if we get the quality of last year, we would be able to export grain,” he says.

Colin Lloyd, head of agronomy at Agrii, has devised a programme for growing Explorer with a guideline rate of 350 seeds/sq m and 160kg/ha of nitrogen fertiliser, which can be adjusted depending on seed-bed quality and weather.

The French-bred variety shows quick spring growth – especially useful if drilling is delayed on heavy land – and has vigorous growth to help suppress the ubiquitous blackgrass.

“Suddenly we have a useful spring barley variety that gives good blackgrass control and which an end user wants,” he says.

Mr Lloyd adds the variety has straw strength at least as strong as Propino, is early to mature while it is slightly weak on rhynchosporium.

AB InBev, which also brews other beers such as Beck’s, Stella Artois and Corona, is the world’s biggest user of malting barley, buying 5m tonnes annually.

This is set to increase as it looks to complete the purchase of the world’s second largest brewer SABMiller later this year, which will see the combined group brew about one-third of the world’s beer.

Robert Lane turned to spring barley to beat blackgrass on his Buckinghamshire heavy land farm and has suppressed the troublesome grassweed while producing a bumper harvest.

He drilled 52ha of Explorer on his 200ha arable farm and it turned up trumps last summer with a yield of 8.5t/ha. All the grain made malting grade.

“We are growing it because of our blackgrass problem, and it proved very competitive, smothering everything apart from single shoots of blackgrass,” he tells Farmers Weekly.

The previous year he had tried the maltsters’ old favourite variety Propino and although it did make malting grade, he had to hold back on the nitrogen fertiliser to 100kg/ha. The crop yielded just 7t/ha. 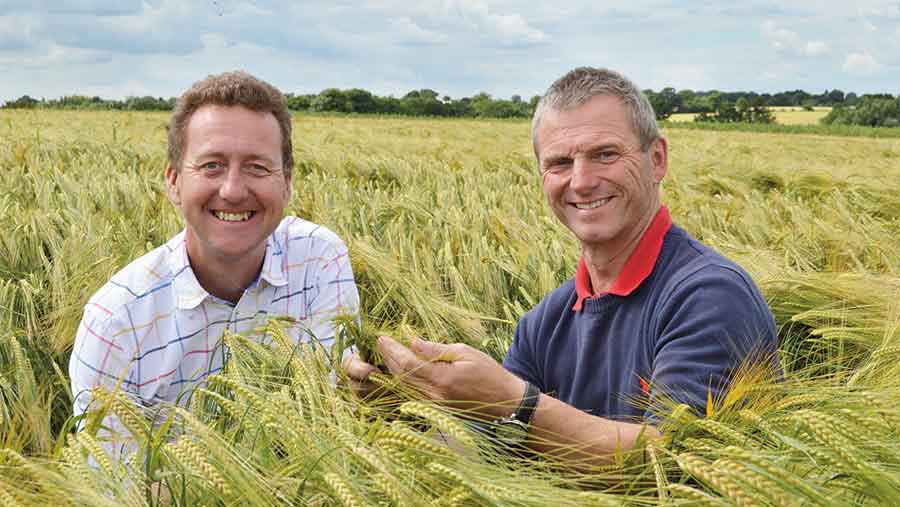 For the Explorer, he applied 160kg/ha of nitrogen and 70% of his grain made the narrow 1.8-1.9% nitrogen band that Budweiser wants, and so gained a £5/t premium over Propino. The rest made a Propino price.

The crop was drilled at the end of March/early April in 2015 at Park Field Farm, Ravenstone, Olney, about 5 miles north of Milton Keynes. It was harvested on 20 August – early enough to drill oilseed rape afterwards.

“The crop was very competitive and very fast growing and we were able to push it with nitrogen. The variety fits into our system, we can drill late and harvest early and it is relatively cheap to grow,” he adds.

This season he has increased his area to 63ha and only drilled the crop on 20 April due to the wet and late spring, but it soon emerged to grow vigorously through the season. He is being advised by Chris Letts, agronomist with Agrii.