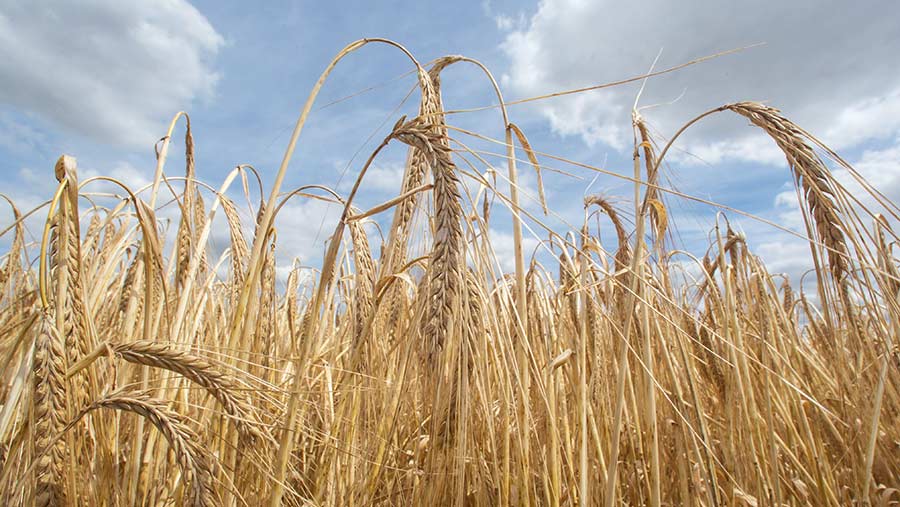 His barley produced many more grains an ear than other high-yielding crops, resulting in his highest-ever spring barley yield last year. It also made the grade for the maltsters.

That was well above other entries in the YEN competition, run by crop consultant Adas, with many in the 16-19 grains/ear area.

“Our soils are very fertile and can cope with lower seed rates and so we have produced some very long ears to give us virtually winter barley yields from spring barley,” he says.

See a clip of Alex Wilcox cutting his high-yielding crop of spring barley and read the full report below.

Even though his crop had slightly fewer heads at 850 ears/sq m than some of the leading YEN entries, it more than compensated with the much bigger ears.

His total spring barley area of 52ha on the farm gave an average yield of 9.55t/ha.

Many winning YEN crops have been expensive to grow, but Mr Wilcox produced his malting barley for £91/t and sold the grain at £132/t.

This made it as profitable as his milling winter wheat, which cost £114/t to grow and was sold at £145/t.

“Getting the big yield means the profitability of spring barley can be equal to winter wheat for far less overall investment,” he adds.

He is using half the nitrogen fertiliser on his spring barley, much less fungicide and herbicide and other inputs than on his wheat.

This means there is less investment to grow the crop for a similar result, but the big yield is essential. 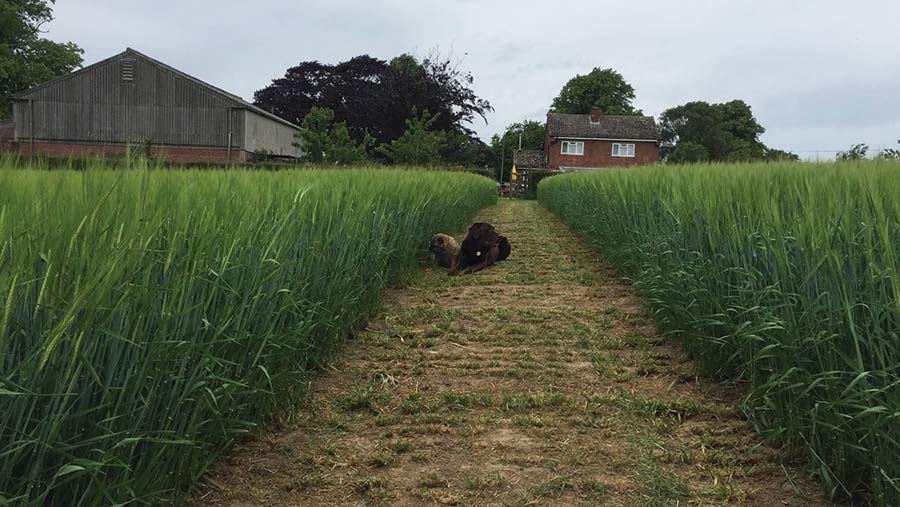 Spring barley is a key crop on the farm as a replacement for second wheats – which are costly to grow – while giving Mr Wilcox the opportunity to use stale seed-beds to control troublesome blackgrass.

“We are growing it as a replacement for second wheats, which are becoming more expensive to grow, while the spring crop gives us the opportunity to use stale seed-beds to control blackgrass,” he says.

He farms 200ha at Hill Farm, Stowbridge, near Downham Market, on soils with high yield potential, where Crusoe milling wheat yielded 10.78t/ha in 2019 and spring beans towards 6t/ha.

Mr Wilcox, who is also an agronomist with advisory group Hutchinsons, expects his spring barley to yield 8t/ha-plus, with a grain nitrogen content usually of 1.75-2%.

The land is set up for spring drilling, with the preceding crop of winter wheat cut and the straw baled.

The ground then cultivated with a McConnel Shakaerator down to 200-225mm, plus a single Terradisc pass to level the seed-bed, all done in late August/early September.

With such fertile soils, lodging can be a big problem, so he uses a combination of lower seed rates, reduced nitrogen fertiliser and plant growth regulators to control this problem. 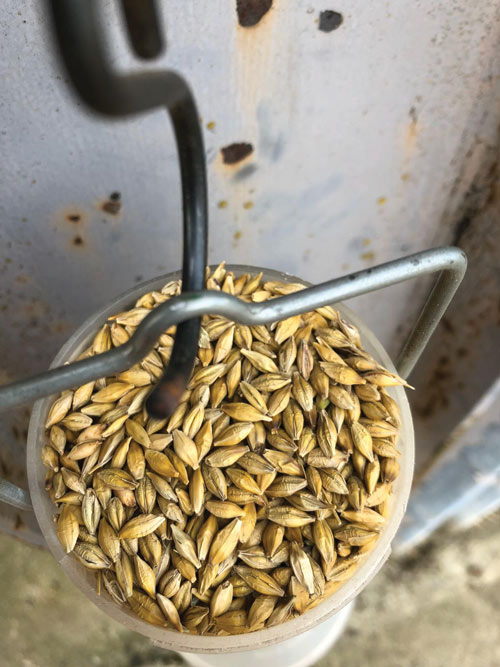 He has gradually reduced seed rates on his fertile soils from 350 seed/sq m to 235 seeds/sq, and looks for high tillering to get towards 850 heads/sq m at harvest.

“We are using lower seed rate to encourage tillering, and the more tillers we get, the more fibrous roots we can achieve, which increases drought tolerance,” he says.

Mr Wilcox normally aims to drill in February, but in 2019 soil conditions were right to sow on 15 January, which also gave a longer period of vegetative growth before the barley crop switched to its reproductive stage.

This is the opposite to cuckoo barley, when late-drilled barley races through its vegetative phase and produces only very small heads.

“We are producing bigger ears due to the fertile, well-structured soil and this extended period of early vegetative growth,” he says.

All the nitrogen is applied to the seed-bed in early February at peri-emergence. He doesn’t use split applications, as his soils do not tend to leach and he is keen to get nitrogen into the plants early in the season.

What Mr Wilcox is trying to avoid is late nitrogen applications that might just sit on the soil surface in a dry spring, and then be taken up by late spring rains and so only push up nitrogen contents of his potential malting sample.

Phosphate and potash levels are generally high on his fertile soils, with sewage sludge and paper waste applied through the rotation, which includes winter wheat, spring beans, sugar beet and oilseed rape.

This is particularly important with a fast-growing crop such as spring barley and he is keen to use PGR products that are “kind” to the barley.

The spring barley did lodge slightly last season, so this year he is looking at a slightly higher rate of PGR and possibly adding, other more persistent products, but still with an emphasis on being gentle to the crop.

He has grown the variety Laureate for the past two harvests and, in 2019, grew some 52ha that all met the sub-1.85% nitrogen content needed for malting.

The lower seed rate reduces disease pressure from rhynchosporium and net blotch, while applications of phosphite help to keep mildew under control.

His T1 fungicide was an SDHI-azole mix applied on 3 May, and his T2 choice was Elatus Era plus Bravo, because he was looking for persistence, as rhynchosporium and net botch raced away on untreated trial plots on the farm.

The crop was harvested on 4 August, when he cut a 2ha section of one of his best fields at 16/17% grain moisture to give a final yield of 10.7t/ha, although some areas of the field showed even higher yields.

“The combine yield meter touched over 12t/ha in some places in the field, but the overall results was a very pleasing 10.7t/ha,” he says.

On average, YEN entrants in 2019 achieved yields of 8.1t/ha, more than 2t/ha above the UK farm average, while YEN potential yields in 2019 averaged about 14t/ha, leaving plenty of scope for improvement.