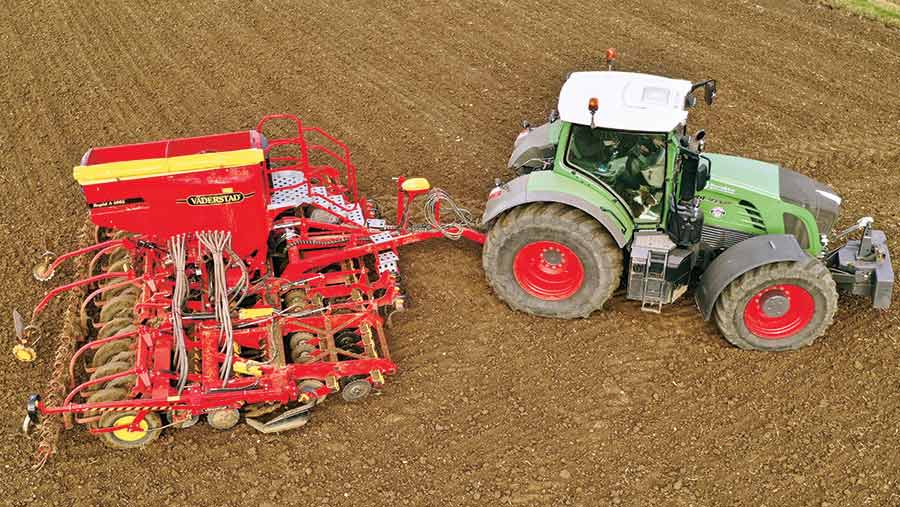 Bad blackgrass and the three-crop rule prompted Sam Morris into growing spring barley and last year it turned up trumps by being the most profitable crop on his heavy land Cambridgeshire farm.

The pernicious grassweed was such a concern it triggered a radical rethink, while a third crop was needed to comply with EU rules, and after a dry winter, spring barley drilling was finished by the second week of January.

After two years with the old brewers’ favourite variety Propino, he turned to the higher-yielding Planet, which yielded an impressive 9t/ha in 2018 and sold off the combine for a malting price of £194/t.

In this his fourth year with spring barley, the Planet area is being increased and all was drilled along with his spring beans in early January – his earliest spring drilling in living memory.

“Our blackgrass levels are now the best we have seen for a long time and certainly four years of spring barley have made a difference,” he tells Farmers Weekly.

See also: Malting barley: What growers need to know for 2019

Last year was an exceptional year when spring barley was the top gross margin earner, but long-term he believes that the malting crop should match the profitability of second and third wheats.

“We were hoping for an 8t/ha crop, so were very pleased with 9t/ha, making it the best-paying, spring-sown crop,” he adds.

Blackgrass had become such a headache that he is now in his second year in using a double spring break of barley and beans to get on top of this troublesome grassweed.

Another advantage of growing spring crops is their lower growing costs compared with autumn-sown ones, and his independent agronomist, David Kay, says inputs costs of seed, sprays and nitrogen fertiliser can be less than £300/ha.

“Spring crops are certainly cheaper to grow at 50-60% of the cost of growing winter wheat,” he says.

Spring barley made a reappearance at the 280ha Top Farm, Croydon, some eight miles west of Cambridge, in 2016 when Mr Morris and his father decided on firm action to counter blackgrass.

They also introduced an extra crop to comply with the three-crop rule as they had dropped oilseed rape from the largely wheat and rapeseed rotation.

So in came spring barley, quickly followed by spring beans. 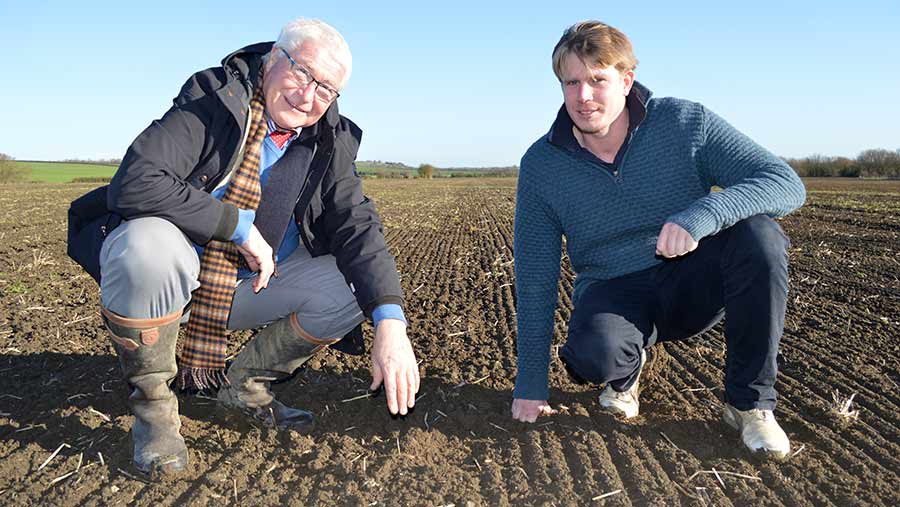 Land destined for spring barley, which often follows winter wheat, is ploughed and pressed in late autumn, followed by a light spring tine cultivator then left until spring when a glyphosate spray is used ahead of drilling to control any chitted blackgrass.

Last year, there was a small window of good weather in late March to get his 30ha of spring barley drilled before wet weather returned, with many growers struggling to get back on the land until late in April.

“This ground does not dry out quickly so when we had the opportunity we had to take it,” he says.

There was no time for a planned flufenacet-based pre-emergence herbicide, so a broadleaved weedkiller was added to the T1 fungicide timing spray.

Disease was kept under control by a two-spray fungicide programme and a plant growth regulator added as spring barley can brackle badly, when heads bend and snap off, on this heavy boulder clay land. 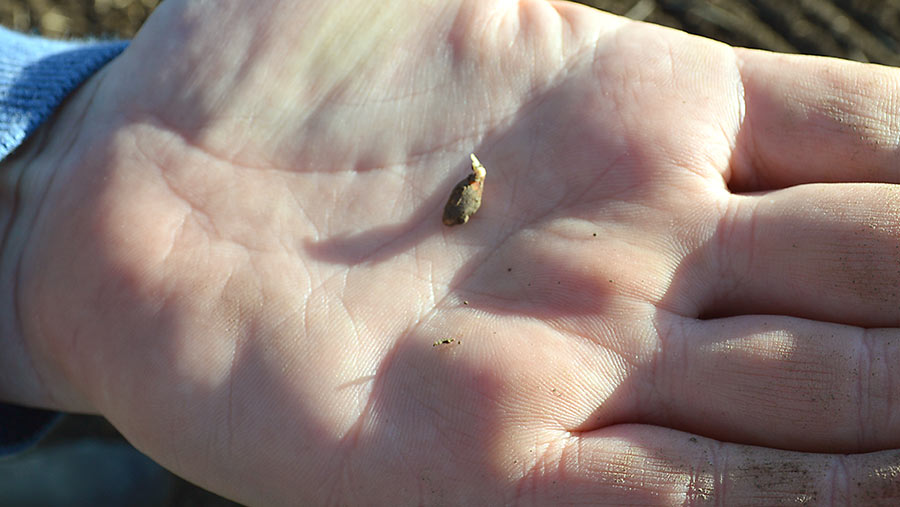 The crop always looked good through the growing season and the severe summer drought did not affect the heavy land as badly as lighter land in the same county.

Mr Kay, a crop consultant since 1986, has plenty of experience of growing spring barley on heavy land and how high yields can help dilute the final grain nitrogen.

The aim was for a nitrogen grain content of 1.75-1.85%, and using all liquid nitrogen, some 40kg/ha is put on the seed-bed and another 90kg/ha at the three-four leave stage.

For this year, very dry weather allowed an expanded area of 40ha of spring barley and 30ha of spring bean to be drilled by the second week of January

“We did not want to miss an opportunity as spring barley is robust enough to cope with a bit of cold weather,” he says.

And for the future, Mr Kay believes the double spring break may allow herbicide costs to come down over the next five years as blackgrass comes under better control.

“Over the next five years we would be hoping to spend a little less on herbicides as the last two years have really made a difference,” he says.

Spring barley variety Planet is set to edge up its market share this spring to 30% of the certified seed market in its second year as the UK’s top-selling variety.

Simon Howell, managing director of the variety’s breeder RAGT, says the variety is also set to be the best-selling cereal variety in the world buoyed by its success in 31 separate markets from Ireland through to India.

Chris Black, the group’s international cereal product manager, says he has not seen a variety do so well internationally, with the variety’s malt sold as far afield as Vietnam and Japan, while barley has been shipped for malting to China.

“The variety thrives over a wide range of conditions and soil types, which should give UK growers confidence that it has good export markets,” he says.

The UK only uses 1.9m tonnes of barley for malting annually, which means some spring malting barleys will either have to be exported or downgraded to feed grain.