The best of British farming was celebrated last night (27 October) at the 2008 Farmers Weekly Awards.

In a glittering, star-studded ceremony in London, the hard work and dedication of people from across the industry was recognised in front of the Awards ceremony’s biggest-ever audience.

And she particularly praised Scottish beef and arable farmer Adrian Ivory, who was crowned Farmers Weekly‘s 2008 Farmer of the Year.

Mr Ivory, who collected his award to a standing ovation, was described as a “rising star” of the industry. 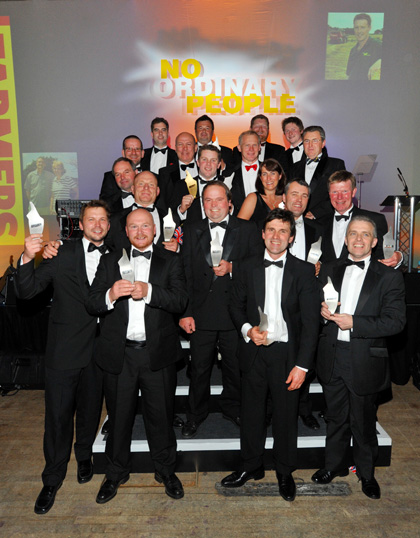