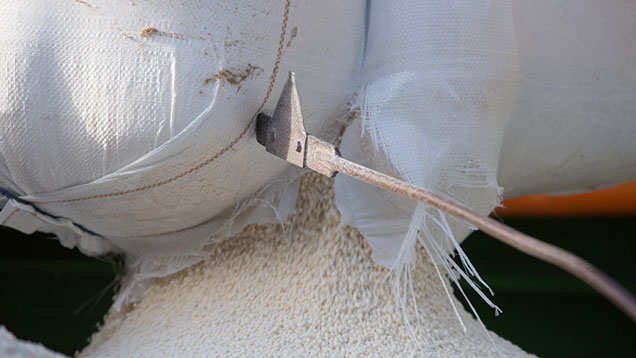 The new season nitrogen market has opened with a £20/t drop for UK product compared with the start of last season, and a £50/t drop compared with last week.

GrowHow has put out a recommended on-farm price of £235/t for ammonium nitrate (AN) delivered in June. July and August prices each see a £3/t increment.

The reduction brings AN down below urea prices on a per tonne basis, which has not been the case for some time.

With farm cashflow at full stretch and storage limited by the fact that so much grain is still on farm, merchants and co-ops were cautious about how far producers would be tempted by the new prices. Bookings had been made for a small tonnage within the first couple of days of the announcement.

Both Anglia Farmers and Frontier Agriculture said that supplies were not an issue for any nitrogen products.

Across the trade imported urea prices have also fallen, so that June deliveries can be booked at £240 to £250/t delivered for full loads, although the world price would indicate that it should be higher than this.

Midweek, the higher end of this price range could also secure supplies through to October, with heavy supplies expected to be available for the final quarter of 2015.

Imported AN prices have also been sharply cut, to put Lithan and Pulan in range between £210 and £220/t on farm for June, with later deliveries costing £1/t/month extra. Material from other sources is at a discount of about £5/t to these prices.

New compound prices are expected shortly and will reflect the drop in nitrogen prices and a virtual standstill on P and K prices.