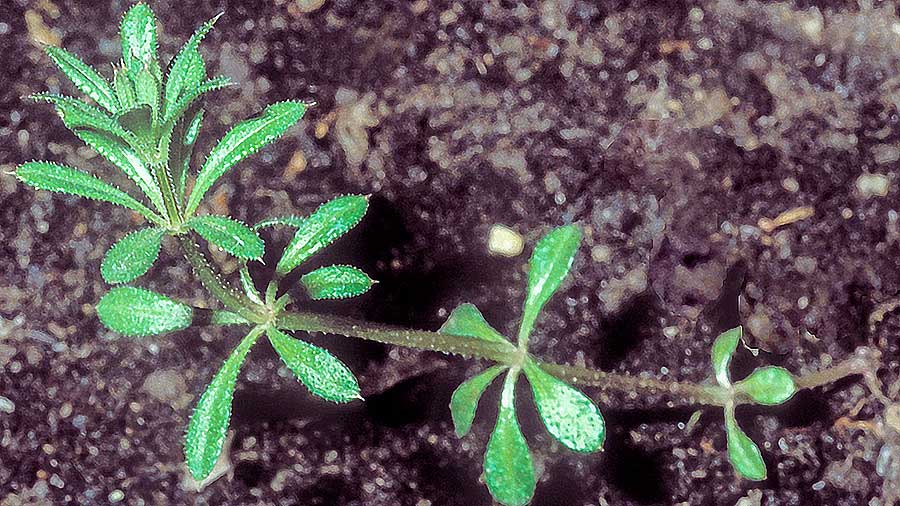 As winter gives way to spring, one of the first considerations on arable farmers’ minds is getting back to fieldwork, and planning a robust herbicide programme is a top priority.

As the past three years have shown, the window for applications can open as early as February or as late as April.

Snow, heavy rainfall, saturated soils and cold temperatures have all hampered growers’ ability to get on with the job in recent years, which makes preparation – including getting the right chemistry in store and ready to go – all the more important.

The spectrum of weeds

Corteva Agriscience’s cereal herbicide product manager, Alister McRobbie, said: “Getting a good grip on the weed burden that is present in your fields is an important first step before deciding on your herbicide investment.

“Farmers will roughly know what to expect in terms of weeds which have carried over through the winter, but there will also be spring germinating weeds which will need to be taken care of.”

In winter crops the main broadleaf yield robbers include cleavers and cranesbill, which are likely to be coming on strongly after the winter.

Poppy – which is subject to ALS resistance in some parts of the country – can be tricky to control, while chickweed, groundsel, brassicas and some umbellifer species should all be tackled while they are small.

Poppy is competitive in wheat, and a population of only 12 plants per square metre has the ability to reduce yields by 5% in winter wheat.

“The objective is to control the weeds while they are small for two very important reasons,” Alister said.

“First, you stop them competing with the crop for space, light and nutrients, and second, you give the chemistry the best chance of delivering a good result.”

Cold weather will promote germination of polygonum species and these will come through the residual herbicide layer, where a pre-emergence spray was applied.

Some cereal crops planted late after potatoes or sugar beet has been lifted is likely to have had little or no autumn programme.

The weed spectrum can be different in these situations, with spring germinators fat hen, orache, black bindweed and black nightshade often present.

Scottish barley growers will be all too familiar with the prevalence of fumitory which can cause significant issues if not controlled before soil temperatures rise and crops begin to motor through the growth stages.

There is no single product to cure all issues in the field.

Depending on autumn conditions, a pre-emergence application – and even a contact spray – will have laid a solid foundation for the spring season.

Corteva’s Arylex active molecule – introduced to the UK market in 2016 – has become a mainstay of spring herbicide programmes.

Its key point of difference to traditional chemistry is the ability to perform extremely well in cold and fluctuating temperatures.

This makes the molecule a great fit for early spring, while sulfonylurea chemistry may struggle to achieve good control of some weed species, especially larger poppies.

And there is a yield benefit to consider with earlier applications.

Trials by Corteva have shown a 1.75t/ha yield benefit in winter wheat by treating crops with Arylex. The study, carried out at Corteva’s Wellesbourne site in Warwickshire, showed chickweed, poppy, cranesbill and cleavers were present in both trials and were totally controlled by Zypar (Arylex Active + florasulam) at 0.75 litres/ha.

The trial treated on 24 February yielded 9.33t/ha while the plot left until 24 April yielded 7.58t/ha, showing the benefit of early application where possible.

“Studies throughout the world have demonstrated that removing weed competition in cereals early, results in more productive tillers, more grains per ear and a higher thousand grain weight,” Alister added.

“But the opportunities to take out key problem weeds early are not always there, or when they do present themselves, growers don’t always act until later in the season.”

Another advantage of using Arylex chemistry is the wide range of tested tank-mix compatibilities, essential in a season where complicated tank mixes will be the norm.

Pixxaro and Zypar both contain Arylex and are contact-acting herbicides which can be applied all the way through to growth stage 45 in winter and spring cereals. Zypar has recently also been approved for use on winter oats at 0.5 litres/ha.

Applied at the T0 fungicide timing, Arylex can remove competitive weeds early in a single pass. Using the product in this way negates the need for a complicated tank mix at T1.

Those growers who wait until the T2 fungicide timing can use Arylex chemistry to mop up weeds that have escaped treatment earlier in the spring, as well as clearing out late flushes of cleavers and black bindweed which may come through.

Growers with suspected or confirmed resistance to ALS chemistry in poppies and chickweed will see the benefit of using a variety of active ingredients, and Arylex can be one part of the solution.

Filling in the gap

Tank-mixing Arylex herbicides with sulfonylureas (SUs) or phenoxy herbicides is often necessary to control a wider spectrum of broadleaf weeds.

In spring barley, an SU partner such as thifensulfuron-methyl + metsufuron-methyl, will broaden the scope of the application to pick up polygonums, umbellifers and brassicas.

The activity will depend on the weed size. In Zypar, Arylex is co-formulated with florasulam and is more active on brassicas than Pixxaro, where florasulam is replaced with fluroxypyr.

Growers with ALS-resistant poppy will often rely on an autumn pre-emergence application of pendimethalin, but Arylex partners well with MCPA, bringing an additional mode of action into the mix.

Umbelliferous weeds – bur chervil and cow parsley for example – can be controlled with the addition of an SU such as Harmony M if Zypar cannot be applied when the weeds are small.