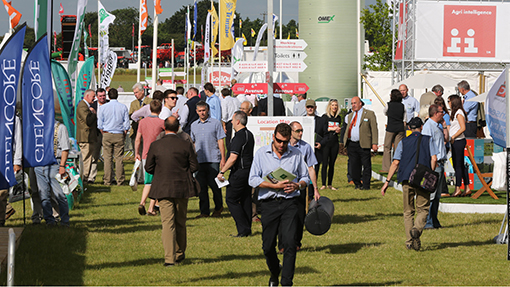 Arable businesses face sliding profits over the coming years thanks to lower crop prices and challenges brought about by CAP reform, visitors to Cereals were told.

Agribusiness consultants Andersons said many farm businesses were being forced to reassess their structure in the face of toughening market conditions and continued falling prices.

Unveiling the predictions of its Loam Farm model – a notional 600ha combinable crop business with some rented land – Andersons said yields for this coming harvest should return to normal or above average levels after a difficult 2013.

The need to adopt different approaches in order to comply with the new CAP, growing weed and disease pressures and a weakening pound would also have an impact.

The downward trend is set to continue into 2015, where overall the business margin is predicted to slump to £231/ha – a decline of 41% in just four years.

In the face of a predicted 50% fall in margin from production this year, the figures revealed the sector’s continued dependence on subsidy to make a profit.

In 2012 profit from production accounted for 39% of overall profit, but by 2015 production could make up just 2.6% of profit, Andersons said.

Richard King, Anderson’s head of business research, said that while Loam Farm was an example business, the quality of management would have a huge impact on how businesses ride out the coming years.

Reassessing farm structures and improving efficiencies would help farmers make better returns in the face of a weaker market and declining CAP support.

“This model can work well, but it’s reliant on producing high yields to produce a low cost of production per tonne.”

The effects of disease and weeds such as blackgrass on yields, problems with soil structure and fertility and high rents affecting economies of scale can all have an impact, he added.

“In light of these issues, many businesses are reassessing their structure.

“In some cases that can mean reducing the farmed area, which can seem like a backward step, but sometimes profitability can be enhanced by focussing on core land.”

Other businesses are introducing a greater range of spring crops to manage workloads and machinery costs, he added.

“Such a shift will not be for everyone: It requires an individual examination of costs and benefits.”