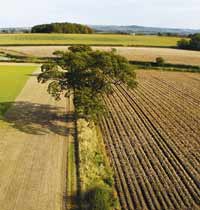 A Natural England report on lost and threatened species has been slammed by the Country Land and Business Association.

The report, Lost Life: England’s Lost and Threatened Species, was published on Thursday (11 March) and blames agricultural intensification for the loss of nearly 500 animals and plants.

But the CLA said it was “contrived” to compare the situation now with how things were 200 years ago.

CLA South East regional director Rupert Ashby said: “Harking back to 1810, when England was hardly industrialised, had a population of only 12 million and the greatest threat to these shores was Napoleon is not a useful contribution to an important debate.

“It would be more helpful and relevant for Natural England to follow the CLA approach of examining ways to ensure the incentives are in place to continue the gains in biodiversity that we have achieved in recent years.”

Mr Ashby added: “Farmers and land managers are the only people capable of providing the natural habitats that we all want, and are already doing a great deal in this respect.

“As well as feeding the nation, landowners already undertake a lot of voluntary environmental management work, a fact indicated by the large amount of land in agri-environment schemes. Our research has shown that where landowners are actively engaged, large-scale improvements in habitat can be achieved.”