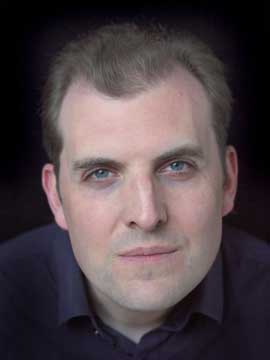 Vertical faming, algae and growing insects for food are the technologies that will deliver some of the growth in food production which the world will need in coming decades, thinks Tom Standage, business editor at The Economist, in his latest book.

“I think we need to be doing research into growing more with less, we need to do more agricultural extension and be open to crazy ideas such as vertical farming, algae and eating insects,” said Mr Standage at the 2011 Alltech Animal Health and Nutrition Symposium in Lexington, Kentucky.

“The big risk this century is if we don’t change the way we do agriculture in the light of climate change, and a probable peak in the world’s population, the danger is we will end up with food related wars and fights over fertile land and water.”

In his latest book, An Edible History of Humanity, Mr Standage outlines how food production sculpted the history of the human race and goes on to still influence our world today.

He warns that unless we can better manage food production, producing more with less, and embrace new methods of production and technologies humanity’s destiny may become increasingly tied to food production once again.

Mr Standage writes: “There is a danger of this kind of complacency that we assume food just appears but it doesn’t. We’ve had a reasonably good run of increasing productivity in the last few years but we need to sustain this so food doesn’t seize the wheel of history and drive us off the road again.”

“Being too disengaged from where our food is coming from is dangerous, I don’t think we need to go as far as growing our own food in our gardens, but I think we could certainly afford to learn some more about it.”

The use of technology in farming and agriculture is a issue facing production globally but Mr Standage says it’s important to realise animals and crops are a form of technology, created by humans to provide food.

He adds: “A pig or a chicken or a cow isn’t something that appears in nature. Jump in a time machine and travel back 20,000 years and you won’t find maize. It’s a man made thing, it’s completely unsustainable and can’t reproduce on its own, it needs human intervention just like all these other plants and animals,” he said.

But despite his faith in technology and the need to explore the “crazy” technologies to solve the world’s food crisis he doesn’t see a solution coming from a single source.

“I think it’s lots of little things and I think you should be very suspicious of anyone that tells you it’s one technology, like we should all switch to organic production or whatever,” he says.

But that said there have some big game changers in the history of food such as artificial nitrogen fertilizer, a century ago people thought that was impossible. When I’m looking at stuff like growing algae and eating insects you think that’s a bit crazy but actually that’s how we’ve changed things in the past.

The Game Changers: The 27th Annual Alltech International Animal Health and Nutrition Symposium is held at the Lexington Convention Centre, Kentucky, USA from 22-25 May 2011.