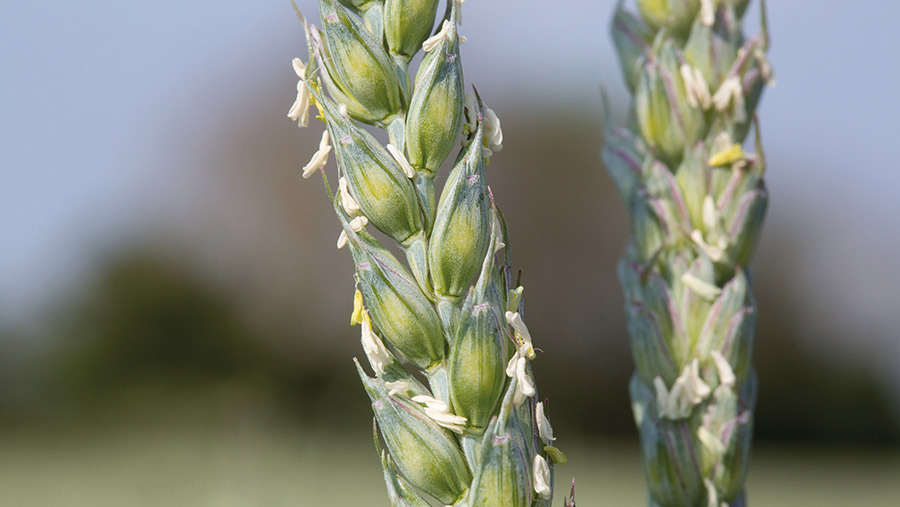 Wheat growers need to keep their crops green for as long as possible after flowering, to intercept the maximum amount of sunlight and so enhance grain filling and hence yield.

Crops of wheat in the UK tend to be source-limited – that is, limited by the amount of sunlight they can absorb – and never reach their yield potential, so the aim is to maximise the amount of light they intercept.

“Once the wheat flag leaf is fully emerged at around 19 May, then the objective is to keep the top four leaves as clean as possible for as long as possible,” she says.

This is especially important after flowering takes place in early June, when wheat crops can gain up to 0.2t/ha/day in yield terms in the grain-filling process, and so a few more days when the crop is kept green can make a big difference.

“From flowering to senescence, it is critical to keep the canopy green and keep disease away for as long as possible,” adds Dr Smith.

As wheat leaves normally only stay green for on average six to seven weeks before senescing, any extension of this period will give benefits in terms of a yield advantage.

Dr Smith looks to measure the size and duration of a healthy canopy after flowering by combining the two in a so-called healthy area duration (HAD) index for the wheat crop, which has a linear relationship with grain yield.

In other words, the higher the HAD, then the higher the yield, and factors such as disease control, varietal disease resistance and crop nutrition will all play a part in keeping the HAD value high.

She also points out there is another measurement that can be taken from a  crop – the healthy area absorption (HAA) – which takes into account solar radiation. However growers can do little to influence HAA, which can be low on dull days.

However, HAA can explain yield differences between sites where one crop might suffer from dull overcast weather and show a low yield, while another blessed with bright warm conditions could see a higher yield.

So as yield is influenced by both HAD and HAA, the wheat ear and top four leaves will be very important in intercepting light in the growing season, as these account for more than 90% of yield due to their photosynthesis role.

HAA – Healthy area absorption (the accumulated amount of light intercepted by healthy leaf tissue during the post-anthesis period). Therefore, this takes into account the available solar radiation for a crop.

Dr Smith says that integrating wheat varietal disease resistance and fungicide use will be important in achieving a healthy and long-lasting green canopy after flowering.

“There should be a focus on building crops of big HAD values and then hope there is enough sunlight to take the crop through the grain-filling period,” she adds.

Here, plant breeders have played a big part as flag leaf areas of wheat varieties have generally declined, from the very large floppy flag leaves on varieties such as Avalon, popular in the 1980s, to smaller more erect flag leaves that are more efficient at intercepting sunlight. 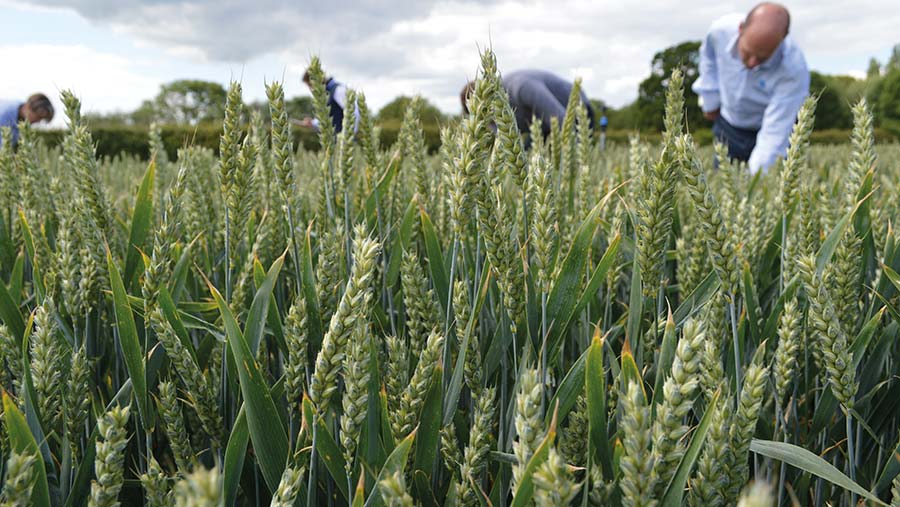 The fight against septoria has seen a setback with the banning of multisite protective fungicide chlorothalonil in 2020, so an integrated approach is more important than ever, and fungicide applications in terms of timing, product and dose will be key.

“A healthy crop canopy is achieved by combining strong varieties and the most-effective chemistry,” he says.

Dr Helliwell points out that last season showed the value of long-term fungicide control of the crop canopy, when a dry spring saw little septoria in wheat crops, but then late disease came into crops with rain in June.

A T2 flag leaf fungicide applied in late May with good persistence in terms of disease control was very valuable to give control of septoria and other diseases for as long as possible after the spray treatment.

Dr Helliwell says his group’s new SDHI-azole fluxapyroxad-mefentrifluconazole combination Revystar, launched last season, gave good persistence in the control of septoria and other diseases when applied at the T2 stage.

In addition, if the product were used at the T2 stage this reduced the need, in some cases, for an immediate top up of fungicide at the ear emergence T3 spray timing.

Fusarium is often the number one wheat disease fear at T3, when a specialist azole such as prothioconazole or tebuconazole is used, but Dr Helliwell suggests that Revystar at T2 would help give good septoria and brown rust control for an extended period when fusarium control was not critical.