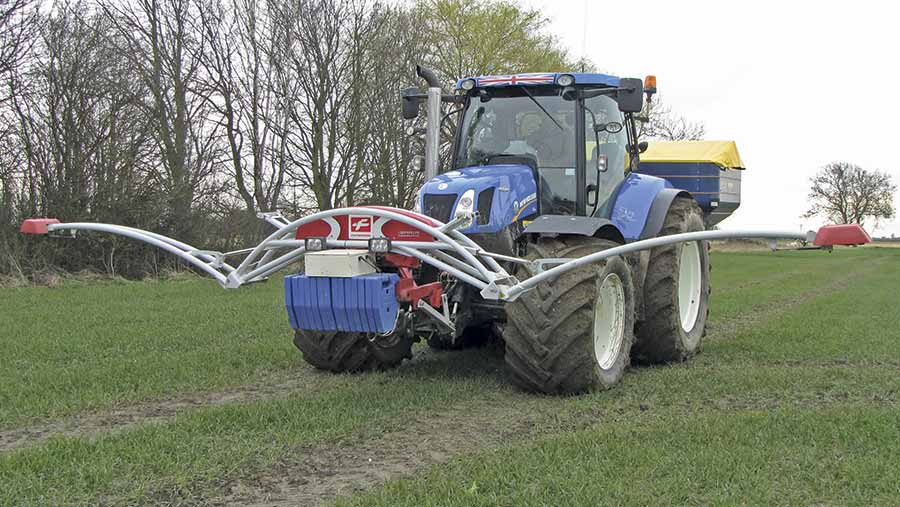 A Warwickshire farmer aims to spend the next six years testing and demonstrating the latest research across 12 fields with a range of soil types and weed challenges, as well as analysing the cost benefits.

Launched earlier this week, the AHDB Strategic Farm West, hosted by farm manager Rob Fox of Squab Hall in Warwickshire, will see a group of local farmers select which research approaches to test.

As with AHDB’s Monitor Farm programme, the Strategic Farm initiative is farmer-driven and free of commercial bias, with its future direction being decided by growers who attend the meetings and visit the site.

“At this stage, the programme is still up for discussion,” says Richard Meredith, knowledge exchange manager at AHDB. “That way, it will focus on the issues that are most important to farmers in this part of the country.”

Baselining of the relevant fields – which cover 160ha – is currently taking place, so that detailed measurements exist before any demonstrations and investigations begin, he adds.

For the host, former Monitor Farmer Mr Fox, the opportunity to provide a practical and commercial context to potential solutions is very timely, as he looks for ways to improve business performance and respond to the inevitable changes that a new post-Brexit farming policy will bring.

“The industry could be very different by the time this project is completed,” he says. “Along with everyone else, I need to be ready for that.”

He has identified four main target areas for the programme, some of which were first highlighted by his involvement in the Monitor Farm programme, but now need to be looked at and costed in more detail:

Mr Fox has also set himself some financial and physical targets, as the business he manages expands and takes the area farmed up to just over 1,000ha.

As part of that, he also wants to hit consistent yield targets, while reducing nutrient inputs. “There are many different nitrogen products around now – perhaps some will prove to be more efficient.”

Blackgrass targets are also being set, so that weed numbers come down to levels which can be hand rogued.

“We’ve moved our drilling dates back as far as we can. It may be that establishing a thick crop earlier and exploiting its competitiveness will work better.” 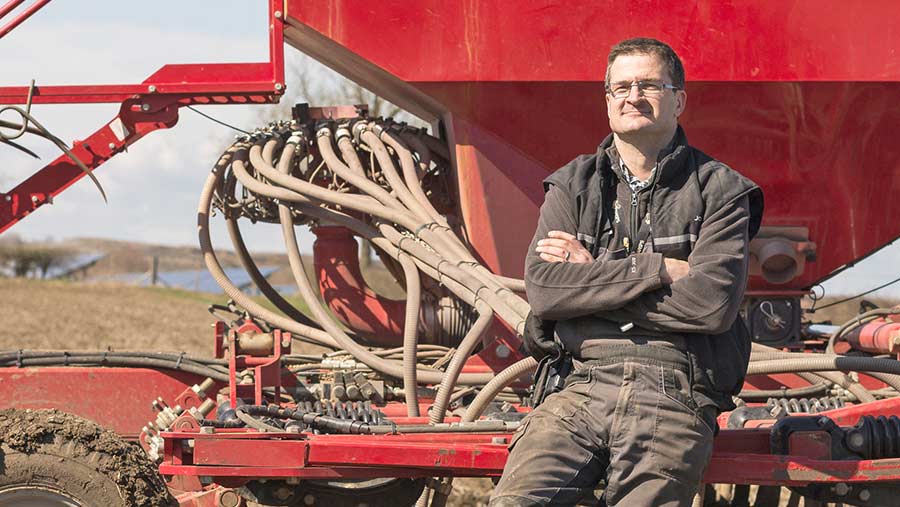 Part of a highly diversified business owned by the Evans family, it also includes document storage, van hire, removals and a business centre.

Under Rob Fox’s management, the farm entered into a joint venture arrangement in 2012, so that machinery and labour are shared across 730ha with two neighbouring units.

This coming harvest, a fourth business will be entering the agreement, increasing the size by another 270ha and bringing further economies of scale.

Since collaborating, machinery costs have fallen from £200/ha to £130/ha, while timeliness and efficiency have improved. Rob acts as operations manager for the joint venture, being responsible for the logistics and staff management.