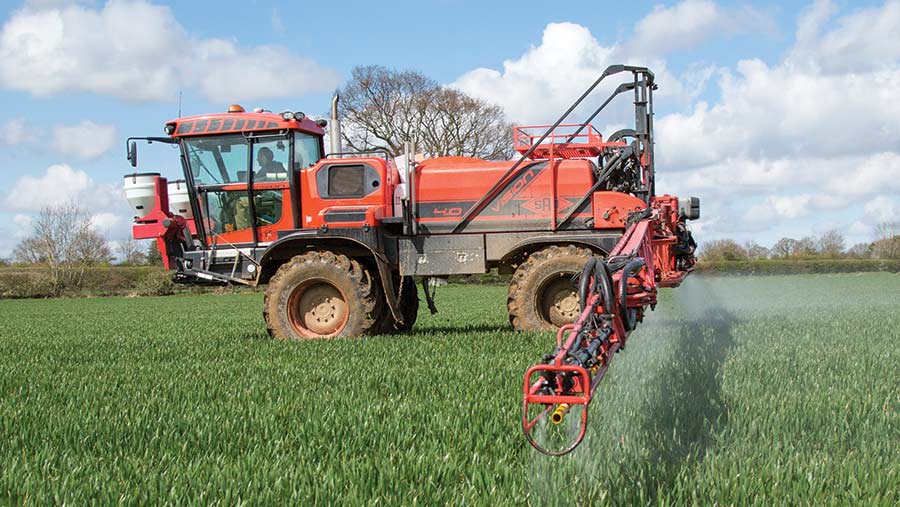 Biostimulants are being heralded as part of the solution to many of the challenges facing today’s arable farmers – from plugging the gaps in the declining fungicide armoury to dealing with the effects of climate change.

One of the fastest-growing markets in agriculture, the biostimulants sector is made up of a huge range of products and product types, all put under one umbrella category for convenience. Within that, it is often split into two groups: microbial and non-microbial.

Described as anything – other than fertilisers and pesticides – that can be added to the plant, seed or soil to enhance plant growth, biostimulants are accompanied by bold claims about their efficacy.

These include improving plant vigour and increasing nutrient use efficiency, as well as boosting both yields and quality and relieving plant stress.

Without independent evidence, knowing when and where to use this emerging class of products is difficult. 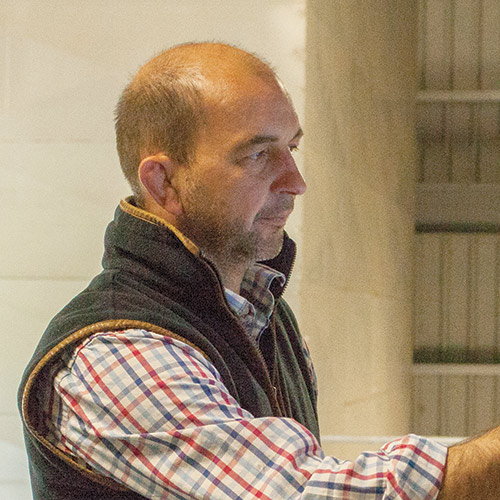 Mark Chandler, the AHDB’s Petworth Monitor Farmer, is trialling biostimulants for three years across a range of crops, to see what they have to offer on his varied soil types.

Last year, in four fields of milling wheat, he compared half fields, with a foliar amino acid-based biostimulant being included at T1, T2 and T3 on one side, costing £8/litre or £32/ha for the three treatments.

The 2019 results were inconclusive – with no physical difference being seen. Two of the fields yielded the same as the untreated part, one field did slightly better and the other slightly worse.

In soya, he tried another amino acid-based foliar product, in an attempt to give the crop the best chance. “Last year I was convinced it helped – we’re waiting to see how it did this year.”

His oilseed rape, however, showed a positive result. Again, an amino-acid based foliar biostimulant was applied, going on once with the mid-flowering spray, giving an average yield lift of 0.4t/ha.

“We had five tramline trials and they all performed better where the biostimulants was included. So, although our oilseed rape was very variable, we did see an improvement from biostimulants in 2019.

“The challenge now is to see if that’s the same in 2020. It seems that soil type, season and variety can all have a bearing.”

Despite having the environmental and crop safety credentials that suit the current consumer mood, it seems there is still work to be done before they become a routine part of agronomy programmes.

Regular effects from biostimulants have been almost impossible to come by in trials conducted by Niab Tag to date, reveals Bill Clark, technical director, who adds that the inconsistent and unpredictable results are proving to be a problem for the industry.

“Some products do have a genuine effect to offer,” he says. “There are those that trigger the plant hosts’ defences, just as some fungicides do, which means the crop can respond more quickly to disease. Others may have a stimulatory effect or nutritional benefit.”

Occasional effects have been recorded, he confirms, but they haven’t been repeatable, and demonstrating positive outcomes every year hasn’t been possible.

“Because they are used as an additional input, rather than a replacement, they have cost implications for growers. It’s currently more cost-effective to use fungicides properly.”

EU moves to include biostimulants in the Fertiliser Framework means manufacturers will soon have to demonstrate their efficacy against any claims made, he confirms.

While that should help farmers make more informed decisions, measuring effects such as root/soil interactions and stress responses won’t be straightforward – whoever does the work.

Independent agronomist and researcher Rosemary Hall of Crop Research Services has tried a number of biostimulants at various timings and rates in trials and has always seen good growth effects – mainly in increased rooting and biomass.

“Interestingly, this never comes through in yield,” she reports. “So while the idea behind them is great and it would be good to see them replacing other products in a programme, their cost means they are difficult to justify at the moment.”

She has also tested them in two drought seasons in rye being grown on light land. “Again, we saw better roots, more top shoot growth and bigger flag leaves, but no yield response. The same has been true of oats.”

Despite these early findings with biostimulants going on as an extra input, she believes there is potential for biostimulants to develop so growers become less reliant on fertilisers and agrochemicals.

“I will be continuing to look at new products. They are a very good idea, but there is more that we need to know. Currently, there isn’t enough evidence to support their widespread use.”

Why a different mindset is required

Biostimulants should be regarded in a different way to standard fungicides and agrochemicals, believes Zantra’s technical director, Chris Bean, who points out there is about 50 years of experience to draw on with the latter.

“It’s very early days for most biostimulants, even though we’ve been trialling some since the 1990s,” he says. “There is no doubt that there are products with activity – we just have to think a bit harder about how they should be used.”

As results from biostimulants aren’t as reliable or guaranteed as those from traditional agrochemicals, they are often viewed with some suspicion, he says.

“That’s understandable, especially as there are plenty of products out there, some of which haven’t been put through their paces in UK conditions.”

Being able to measure a yield response makes an application easy to justify, such as is the case with standard agrochemicals, he says.

“That’s what biostimulants are up against. Perhaps growers should weigh them up in the same way they look at seed treatments, where improving plant stands and protecting against disease are key.”

As such, small-plot trials might not be the best way to assess them.

Whole-field trials
“Large strip-trials or whole-field experiences aggregated from a number of growers may be better. UK soils and growing conditions are variable and work needs to be done over bigger areas, but in a scientific way.”

Recent industry developments mean there is good reason to explore their value in sustainable agronomy programmes and to ask the manufacturers for more details on their responses under UK conditions, advises Mr Bean.

“Biostimulants won’t perform if the basic agronomy of the crop isn’t right, or if soil structure is poor,” he says.

“Work has shown they are more affected by seasonal changes, which could help to explain why positive early growth observations aren’t always reflected at harvest.”

Zantra trials have indicated that part of the answer is to get biostimulants on as early as possible – either as a seed treatment or autumn foliar application.

“Crops that are up against it, for whatever reason, also show a benefit, and spring-drilled cereals have responded better than winter-drilled crops.”

In oilseed rape, seed treatments have again proved useful, while foliar-applied materials have given yield responses.

Microbial biostimulants can benefit both the plant and the soil bacteria by building soil fertility and providing crop nutrition, claims Steve Holloway of Soil Fertility Services.

The difference between their use and conventional inputs is that farmers can expect to see a steady improvement in crop performance over a number of years, he says, rather than an immediate response.

“Biological solutions require a different way of thinking,” he says. “There’s no rule book where bacteria are concerned – there may be a few bumps along the road.”

Knowing what the plant and soil needs is the first step, so starting with a soil test allows biological products to be tailored according to requirements. 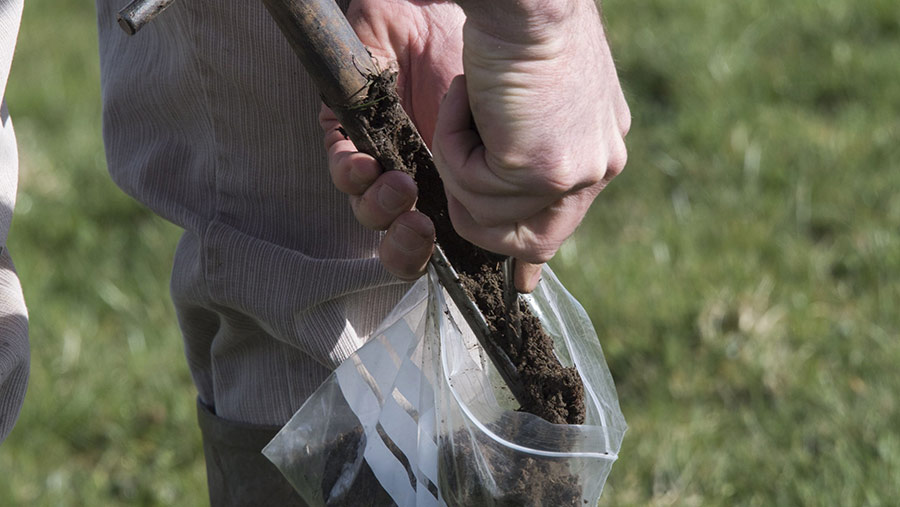 Individual farm solution
“Every farm is different. There won’t be a universal solution that everyone can latch on to, which is why our trials are done with our customers on their farms.”

Mr Holloway describes the company’s products as plant health growth promoters and reveals that most of them are based on compost – each coming with a very clear description of what’s in them.

“There is often some chemistry involved as well,” he says. “We have soil conditioners, for example, that contain ionic surfactants, which are used to help with water infiltration. Along with the other ingredients, they also aid rooting and soil structure.”

Growers are making good use of biological products to reduce their reliance on bagged fertilisers and agrochemicals, rather than replace them completely, he points out.

“By feeding the ecosystem, it is possible to reduce nitrogen inputs by up to one-third and minimise fungicide use. Bacteria will also act as a defending home guard, so are good at preventing disease rather than curing it.”