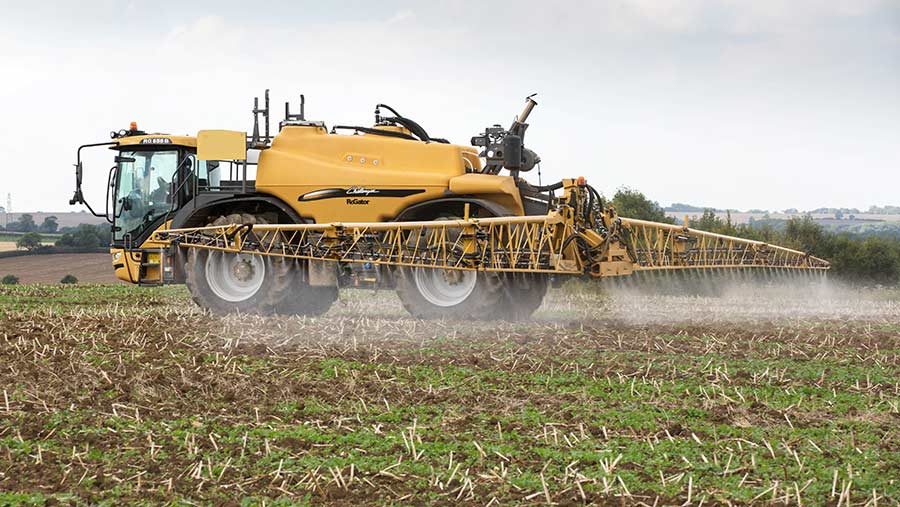 A Cambridgeshire farmer has dramatically halved the amount of glyphosate used, and this year he successfully grew some of his oilseed rape without using the herbicide.

Glyphosate is the most widely used herbicide in the world and is a key tool for growers tackling weed problems such as blackgrass and bromes.

It is especially valuable for no-till farming systems, where ploughing is not an option.

However, there are growing fears over its long-term future in the EU, with the re-approval process kicking off in just two months (December 2019).

This has already prompted some farmers to start looking at reducing their reliance on the herbicide.

David White, who farms 160ha several miles east of Cambridge, has not cultivated his farm for five years and is looking to use less glyphosate as part of his quest to promote soil biology.

He believes keeping on top of blackgrass and bromes will be the key challenge for farming without glyphosate.

And cover crops could have a key role in managing weed populations with the right mixes and at a robust seed rate.

From his experience of growing cover crops containing spring beans, Mr White believes the legume can hamper growth of blackgrass.

“We just seem to get less growth of blackgrass where there are spring beans,” he says.

Planting the right density is also important, as a high population will prevent blackgrass and bromes growing and proliferating.

He recalls observing oil radish on a friend’s farm. “Where it was drilled at a high density, you saw less blackgrass in the bottom. Where it was thinner, you saw more.”

Therefore, radish planted at a high density can also stop blackgrass and brome growing, allowing you to get on top of the problem, he says.

Another factor is to ensure soils are never bare, enabling weeds to come in. This is also important on his soils, which are prone to slumping if left uncropped.

With the exception of oilseed rape being drilled after the combine, all other crops are preceded by a cover or catch crop with the residue left as a mulch.

However, one key challenge for growing crops without glyphosate is being able to kill them prior to drilling the following crop.

Crimping is one alternative, says Mr White. “When you look around the world, crimping is reliably successful in Europe with the colder winters.

“And in the US, you see big rye crops being crimped after flowering just before they set seed, so that they don’t just grow back again.”

Mr White’s aspiration is to do this in the UK, although the maritime climate makes it more difficult. That was one reason why he got involved with the Innovative Farmers Field Lab trial (see panel below).

“By dealing with the bulk of [cover crop] vegetation by mechanical means, you can do it with a single pass of glyphosate at a lower rate,” he says.

Normally, killing a cover crop requires a robust rate to kill the crop and then going back to hit grassweeds in the bottom.

So opting for species that can suppress blackgrass numbers and are also easier to destroy mechanically, his current approach is:

He also doesn’t scrimp on seed rates. “If you cut seed rates and try to do it on the cheap, weeds will come in the bottom.”

Mr White spends £25-35/ha on cover crop seed. “Some farmers think you are wasting money, but it’s not until you go to France and see that farmers there are happy to spend £70/ha that you start thinking ‘are we doing enough?'”

No glyphosate for OSR

Having a diverse rotation also helps reduce reliance on glyphosate, as it enables the use of different products such as Kerb (propyzamide) in oilseed rape.

In fact, he grows some areas of his oilseed rape without using glyphosate.

He no longer uses glyphosate on stubbles prior to oilseed rape drilling. However, he adds that he still has to use it on OSR volunteers before drilling wheat into rapeseed stubble.

And his desiccation strategy has changed from desiccating all fields to now doing it on a field-by-field basis.

“If an area of a field needs a bit of help like shady areas or is weedy, we will give it a helping hand.”

Otherwise, he simply harvests his crop after it has naturally senesced. “Normally farmers would spray OSR and they know that in two weeks, it will be ready for harvest. They use it as a management tool.”

No-glyphosate crops take longer to cut and timing is less predictable, but it is possible, says Mr White.

In conclusion, he still needs to use some glyphosate because of his weed burden, but he has successfully reduced the amount and number of applications. “We have moved to a much more sensible use of the herbicide.”

He believes he is using half the amount he used to and this has been achieved without compromising his grassweed situation. “Blackgrass was building up, but it is now reducing,” he says. 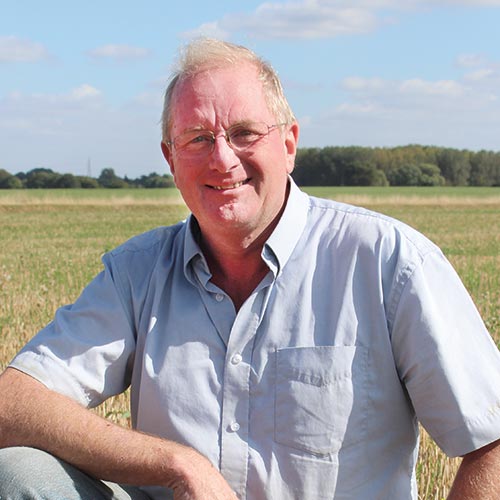 Liz Bowles, associate director of farming and land use at the Soil Association, highlights that organic farmers are often criticised for ploughing to control weeds.

Cover crops could have a role in helping to suppress weeds, but there is the challenge of destroying them before establishing the next crop without ploughing.

For conventional farmers, fears of the loss of glyphosate has generated interest in finding ways of reducing their reliance on the weed killer.

The current approval of glyphosate expires on 15 December 2022, so the process for renewal will begin in December 2019.

The project involved five farmers and Adas set out the plots to look at different destruction methods, which included flailing, crimping, rolling, shallow cultivations and direct drilling and the impact of them on a following crop of spring barley.

Two different cover crop mixes were used. One of the farmers taking part, David White, included a spring bean and phacelia mix, as he believes it is useful for weed control and can be more easily destroyed mechanically. He also looked at mustard.

Rolling is effective
Mr White, found that rolling is as effective as using a crimper roller based on the Opico design.

Another advantage of his 30m rolls is that it used less fuel than a narrower crimper roller.

He also looked at rolling twice, one pass down the rows and then a second pass at 35-40deg.

“The aim is to bruise the stem to disrupt the flow of water/nutrients, so that the plants did not grow back,” says Ms Bowles.

Although it took longer to kill, one pass was sufficient to get good kill, says Mr White.

Timing is important. He carried out the rolling out on 25 November when there was a hard frost.

“It does have to be -4C, as the stems need to be frozen to be effective.

“When you lose the rime, then there is less effect on the crop when the sun comes out.”

Mr White recalls that 10 days later, where it had been doubled rolled or crimped, crops were quite dead. The single pass roll was dying.

“Six weeks later, it was difficult to tell difference suggesting that a single pass is sufficient.”

Flailing doesn’t work
Another finding was that flailing proved unsuccessful. “It was a slow and laborious job, as I only had a narrow machine available.

“While we got instant death, we found that the remaining stubble for some species like radish tended to shoot out regrowth.”

“If I hadn’t taken part, I would not have been as experimental and pushed the boundaries as much.”

Ms Bowles is keen to carry out further trials on mechanical cover crop destruction through Innovative Farmers and is inviting interested farmer to make contact at www.innovativefarmers.org.

Innovative Farmers is part of the Duchy Future Farming Programme, funded by the Prince of Wales’s Charitable Fund.