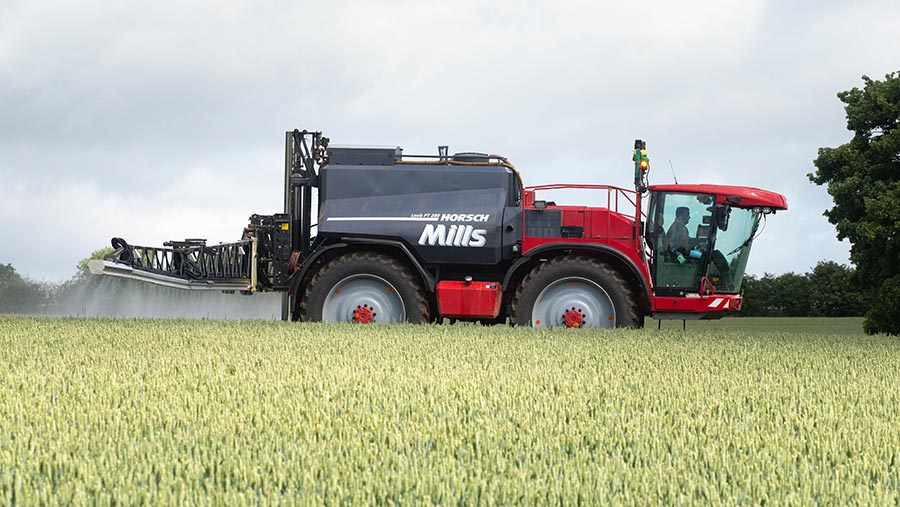 A firm control strategy that accounts for local weather can effectively reduce the impact of yield-zapping fusarium ear blight in winter wheat, which is a complex disease caused by seven fungal species.

As conditions during the growing period contribute the greatest risk to the development of fusarium, keeping a close eye on weather forecasts during key growth stages is essential to minimise disease levels. 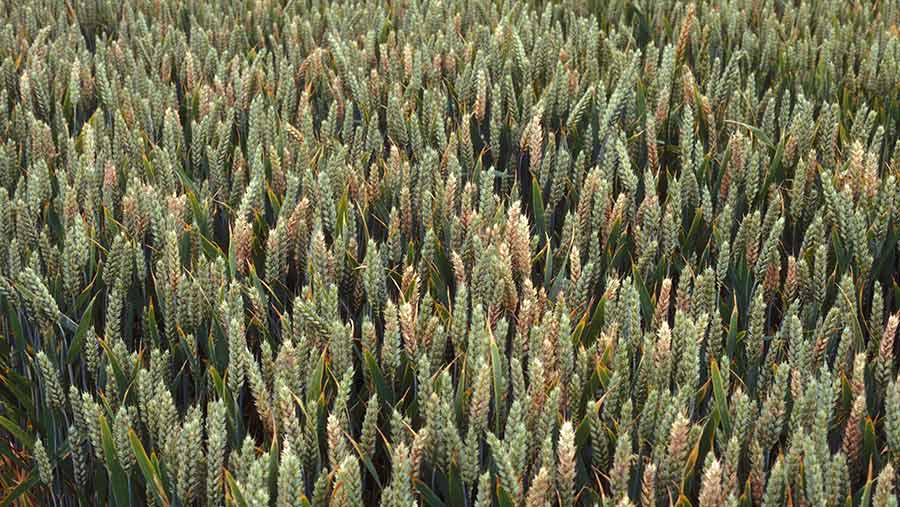 Philip Jennings, principal plant pathologist at Fera Science, explains how F graminearum and F culmorum develop on crop debris and are responsible for the main “ear bleaching” symptom of fusarium.

Microdochium, however, causes browning of the stem base during spring and bleaching of individual spikelets which, in high disease years, can produce a symptom comparable in appearance to the main “ear bleaching”.

Like most diseases, preventing symptoms from developing is essential to save costly yield losses, which is why accounting for both environmental and agronomic factors in the season ahead is key.

Weather is the most important risk factor when it comes to fusarium disease levels.

“A warm and dry autumn, followed by a warm and dry spring, enables inoculum to build up on the stem base and crop debris, whereas wet and cool conditions will slow the build up of inoculum,” explains Dr Jennings.

Despite this, weather during the critical flowering period has the greatest influence on determining infection levels, with wet conditions causing significant disease in the ear.

“Irrelevant to the weather leading up to the flowering period, wet conditions during flowering mean more prevalent disease, while a dry flowering period mean lower disease levels,” he says.

This is because, rain is required to transfer inoculum from the stem base to the ear by rain splash.

Adverse weather not only increases disease pressure, but makes it increasingly difficult for sprayers to access land, often making the crucial T3 application timing for successful protection a challenge.

Unlike the T3’s conventional timing of growth stage 59, Dr Jennings states that optimum fusarium control is achieved mid-flowering, between GS63 and 65.

“Most products with activity against fusarium head blight pathogens have a five-day window where they are effective, but applying sprays as early as GS59 will not provide adequate control,” he says.

Instead, sprays should be rolled out at the peak of flowering to improve efficacy, with applications focused during the flowering period (GS61 onwards), as going to early or too late will only reduce fungicide control.

Fusarium at a glance

If you are looking for an effective control programme, it must work against both the toxin and non-toxin producing species.

“Prothioconazole is the only azole that has activity against the four main fusarium ear blight pathogens. It also offers a seven-day application window, compared with five days for other azoles, which is particularly useful if growers are finding it difficult to hit the optimum timing window,” he says.

Careful thought is required regarding application rate. A T3 spray should be applied at a robust rate, as reducing it too much will have a knock-on effect on activity.

With this in mind, Dr Jennings advises growers and operators to avoid dropping active rates below half rate, while taking particular note of the percentage of active within given products, as this can vary.

“Prothioconazole should be applied at 150g/ha regardless of whether or not it has a mix partner,” he highlights.

A range of other management practices can help tackle the disease, continues Dr Jennings. Conventional ploughing is one such method, offering the most effective cultivation strategy to reduce the risk of infection.

Ploughing buries perithecia (fruiting bodies produced by F graminearum) underground, which prevents them from maturing, as perithecia requires sunlight for this to occur.

Minimum tillage operations, on the other hand, leave the perithecia on the soil surface, with sufficient sunlight to mature and release spores.

“In high-pressure years, using a plough to remove inoculum can be very beneficial for the subsequent season,” he advises.

Wheat following maize is at particular risk from fusarium attack, as F graminearum develops well on maize trash. Game cover at field margins can also cause issues, especially if maize is in the game mix.

“Maize is an important part of some rotations which means it is important growers are aware of the potential disease risks associated with it, so they can control the disease as best as they can.”

Following infections caused by either F graminearum F culmorum the whole ear, including the rachis (centre spine of an ear), becomes bleached above the point of infection.

Where an infection is caused by either microdochium nivale or majus, only the spikelet infected becomes bleached; the rachis remains green.

The other difference between species is the production of mycotoxins, where both the fusarium species produce the toxins: deoxynivalenol (Don) and zearalenone (Zon).

Don is associated with infection at flowering, where it is primarily found in the chaff. Rainfall during July (GS73 onwards) can transfer the toxin from the chaff into the grain, where the more rainfall means the greater the level of transfer.

In comparison, the production of Zon is associated with saprophytic growth of the fusarium species in a rain-delayed harvest. In this instance, the toxin’s contamination causes pink fungal growth around the grain’s embryo.

Legislative limits for the amount of Don and Zon in most unprocessed cereals is 1,250ppb and 100ppb, respectively, notes Dr Jennings.