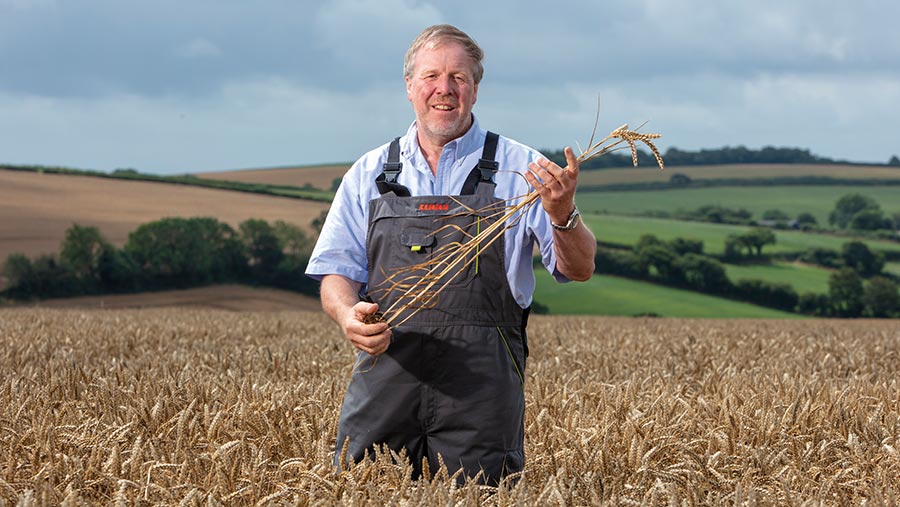 The Cornish climate governs Mike Hambly’s wheat growing approach, which is why he uses the latest varieties and chemistry to keep crops clear from lodging, sprouting and the wet-weather disease septoria.

Heavy rainfall and mild winters create a hotspot for disease, while crops are also threatened by wet harvest conditions.

This season, almost all of his 1,500mm average annual rainfall fell in an eight-month period from October to May. A very dry March and almost rainless April was then followed by monsoons in May, and some unseasonal hail storms.

Choosing the best wheat varieties and selecting a robust fungicide strategy are, therefore, major priorities for Mr Hambly and his wife, Anne, who farm arable and beef at the 200ha Westcott Farm Partnership.

“We choose to invest heavily in the more expensive products as they pay dividends. Wheat prices are looking good, so it’s worth the extra expenditure to invest in the crop to get its best yield potential,” says Mr Hambly.

When choosing wheat varieties, he first selects those that show good lodging and sprouting resistance, and only then does he look for resistance to his number one disease problem, septoria.

“The South West experiences weather difficulties at harvest time. August is a notoriously wet month, which can cause lodging and sprouting issues that can be hugely problematic and lead to massive yield losses,” he says.

This is why the feed wheat variety Graham is the predominant choice on his clay loam soils near Callington, in the south-east of the county, while newer variety Extase is being grown for the first time due to its good disease resistance.

Wheat yields on the farm average about 10t/ha, and with high rainfall seen as the main yield constraint, he aims to start drilling early – about 20 September – before it gets too wet.

Mike Hambly believes the T1 fungicide is the most important spray in winter barley for controlling wet weather diseases such as rhynchosporium and net blotch.

Therefore, he is using Revystar at this timing this season, but a BASF trial on the farm will use the same product at T2 to test whether it gives good ramularia control.

This season, the variety Flynn is being grown, replacing Cassia, which had been the farm standard for the previous 10 years.

Although the dry spring restricted crop growth, once the rain arrived the crop tillered well and the barley is looking much improved.

Cold and dry weather in the early spring this season limited disease development and as the once-popular protectant fungicide chlorothalonil was banned, an early T0 fungicide was missed.

However, slow spring crop growth and a shorter crop heightened the septoria risk, as the distance the disease spores required to travel from the lower to upper leaves via rain splash was significantly reduced.

With the absence of a T0 spray and some signs of septoria in the crop base, Mr Hambly – who does all his own agronomy – decided to apply a robust SDHI-azole mix at the T1 stage.

He applied 1 litre/ha of Ascra (bixafen + fluopyram + prothioconazole) to tackle any potential infection rather than use a lower rate of 0.8 litre/ha, especially as the wheat crops were looking promising. 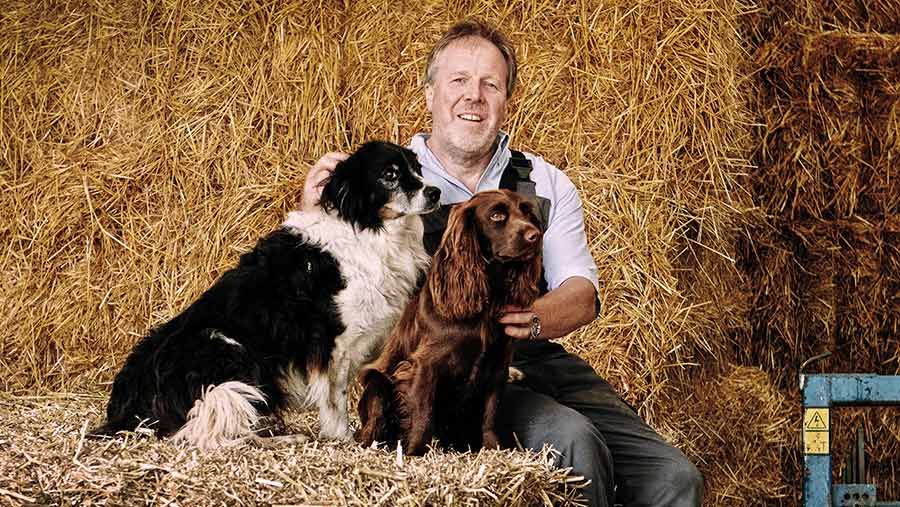 “We decided to stay on the safe side and apply the higher rate, as we had already missed out on our usual T0 application due to the loss of chlorothalonil,” says Mr Hambly.

For the T2 flag-leaf spray, he used the SDHI-azole product Revystar, launched last year, as he had tested it in conjunction with the manufacturer, BASF, on the farm in recent years.

The T2 product contains the new azole mefentrifluconazole and existing SDHI fluxapyroxad. Mr Hambly believes it is one of the strongest fungicides available, as it has good curative action against diseases.

“The rate of Revystar at T2 was upped by 0.25 litres/ha because of the excess rain in May. This will allow it to benefit from the kick-back the product offers against any latent infection, while the T3 application will see a mix of prothioconazole and tebuconazole,” he says.

Septoria and fusarium are very high-risk diseases in Cornwall, and Mr Hambly believes it would be foolish to cut back on fungicide costs late in the season after he already invested a lot in the crop. He aims to achieve the best possible yield.

Despite Extase having good resistance to a range of diseases, especially septoria, fungicide strategies for the two varieties will be kept the same, at a cost of £116.11/ha.

The 200ha farm has been in the family for 200 years and the Hamblys can trace their roots back to the 1600s.

However, last year conditions were so wet that no winter wheat was planted, while this year Mr Hambly’s Mascani winter oats were planted in March for similar reasons.

Barley is used as feed in the farm’s beef finishing enterprise as a way of “walking the barley off the farm”, in return for a good supply of organic manure, where the farm’s organic matter levels are more than 6%.

All straw, including oilseed rape, is baled for use as livestock bedding.

Recently, the farm switched from an entirely plough-based establishment system to a 25:75 plough and Sumo Trio.

The Sumo Trio is a single-pass combination cultivator used to establish oilseed rape after barley, and wheat after oilseed rape. The plough is used on wheat ground going into oats to provide a rotational plough and reduce volunteers.