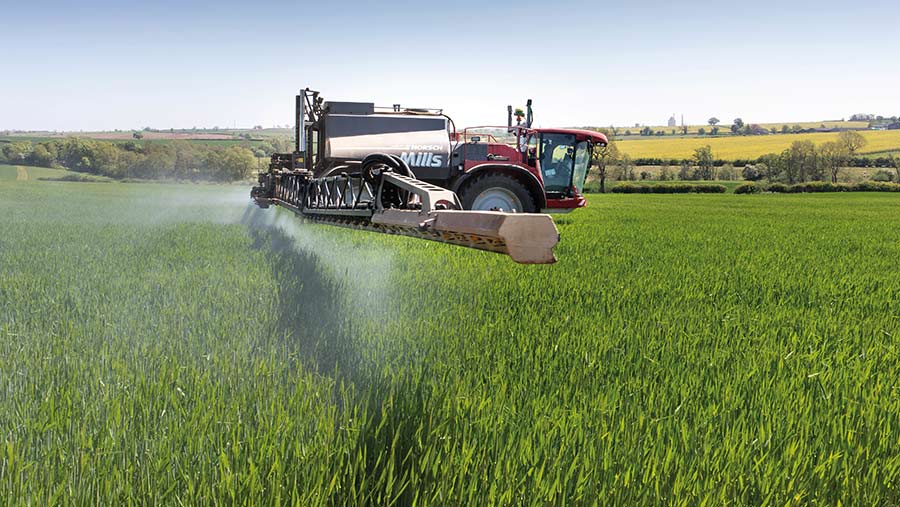 Although brown rust may not command the same attention as other barley diseases, it remains a potential seasonal threat to yield and could become more prevalent if the UK climate becomes warmer in future.

It is caused by a different pathogen (Puccinia hordei) to the one associated with brown rust in wheat and there is no cross-infection between the two crops.

“It can affect winter and spring barley, but generally is more of an issue in autumn-sown crops when weather is mild during autumn and winter.

“Risk may be slightly higher in warmer parts of the South and East, but is more linked to the density of barley growing in specific areas.”

Barley yield is heavily dependent on final shoot number and grain number, both of which are determined quite early in the season (pre-growth stage 31), so anything that restricts crop growth over winter and early spring will affect yield, he says.

Brown rust at a glance

Brown rust can only grow and survive on green living plants so it overwinters in crops and on volunteers.

“During mild seasons you can often find brown rust in winter barley crops during the autumn and by January/February, ready to take off in the spring.”

The disease needs higher temperatures (15C to 22C) and high humidity to develop fully, spreading by wind-blown spores (uredospores). These spores need surface moisture on the leaf to germinate and form the characteristic brown pustules – symptoms usually occur within five to six days in optimum conditions.

The fastest spread occurs at higher temperatures later in the season.

Weather is the primary driver of brown rust risk. Disease will develop within autumn-sown crops and volunteers over mild winters, increasing the pressure by spring.

The density of barley cropping within the local area can be a big risk factor for brown rust, especially as spores spread on the wind, says Mr Blake.

High levels of barley volunteers can also provide a “green bridge” for the disease to overwinter and potentially infect crops in the surrounding area, he adds.

Growing varieties with low resistance to brown rust is another risk factor, although Mr Clark says many barleys on the current Recommended List have relatively good ratings (6s and 7s).

“But even if you’re growing a variety rated 5 or 6, be aware you can still see brown rust develop quickly if conditions are right.”

Many different races of barley brown rust occur naturally in the environment, so reliance on a single variety with resistance to a particular strain of the pathogen, can eventually select for other types, he notes.

Brown rust in winter and spring barley is relatively easy to control by chemical means given the good range of effective chemistry currently available.

As with any barley disease, early control and a protectant strategy is best to prevent the disease becoming established and reducing yield potential.

If disease pressure is very high in autumn-sown crops, Mr Blake says there may sometimes be a case for treatment before winter, but generally the first key fungicide timing is around growth stage 29-30 to remove any disease that built up over winter.

Growth stage 31-32 is the next key fungicide timing for winter and spring crops, as this protects the lower leaves through to flag leaf emergence.

Growing a range of varieties with good resistance can mitigate brown rust risk, but is not always possible where end-users require a specific variety.

Brown rust is relatively easy to identify in barley, characterised by small orange to brown spore pustules about 0.5-1mm in diameter on the leaf surface.

These pustules may develop a yellow halo as leaves begin to senesce around the infection site.

Early-sown winter barley can show rust symptoms in the autumn and winter if conditions are conducive.

Jonathan Blake advises growers to check the earliest formed leaves at the base of the plant for signs of infection.

Brown rust pustules are more randomly scattered than yellow rust, which is less common in barley and tends to form more of a striped pattern.

Late development of the disease may see brown rust spread from leaves to the stem and ear. Dark brown/black spots (teliospores) can sometimes also be seen towards the end of the season.