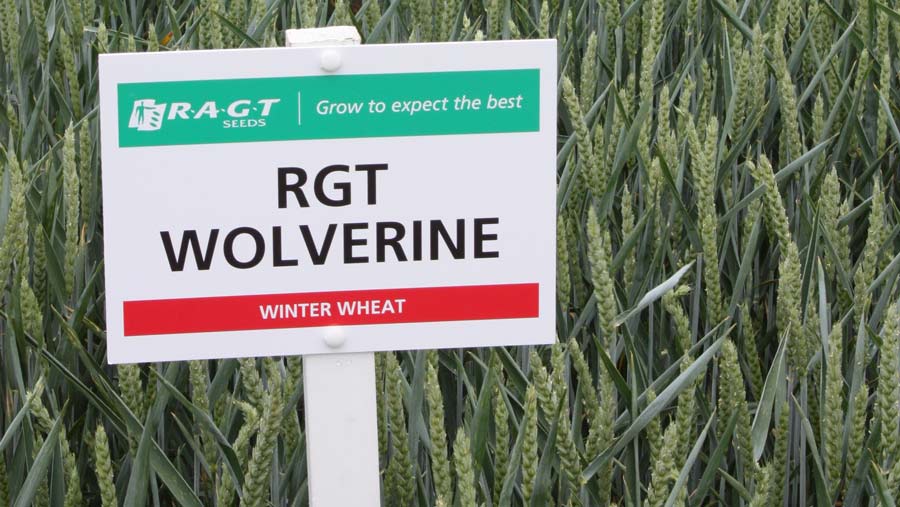 Published by RAGT Seeds, the online guide offers agronomy guidelines for growing Wolverine, which is resistant to BYDV, which is spread by aphids.

This Group 4 wheat is available in limited quantities for sowing this autumn.

It greatly simplifies their crop management by reducing the need to monitor and control aphid populations while benefiting the environment, he points out.

One key piece of advice in the new guide is to use a single insecticide spray in the autumn on early-sown crops to help protect the longevity of the Bvd2 resistance trait.

“This might seem an unusual recommendation, given that we know Wolverine is resistant to BYDV,” says Mr Dummett.

“However, resistance is not the same as immunity and, under very high-pressure scenarios, trace symptoms can be occasionally observed in lines that possess the Bdv2 trait.”

Mr Dummett adds that the amount of virus is far lower than would occur with susceptible varieties. “The advice to apply one insecticide is simply good stewardship to help protect the trait.”

He points out that after prolonged commercial use in Australia, the Bvd2 trait has shown no signs of breaking down to the virus.

“Two CSIRO varieties that contain it, Manning and Mackellar – the latter introduced 17 years ago – have maintained significantly higher yields when BYDV pressure is high, outperforming all other varieties in this situation.”

Farmers can find the guide at the RAGT website.